Rare presentation of simultaneous multiple tendon rupture in a healthy adult; approach to diagnosis and management.

Conclusion: The diagnosis of bilateral QTR alone can sometimes be challenging and the possibility of even further tendon injuries should be carefully assessed. A delay in diagnosis could result in delay in treatment and potentially worse outcome for the patient.

A 31 years old male patient attended the Accident and Emergency department after he had fallen directly onto both knees the day before. He was allegedly assaulted and tripped when he was running to safety. The patient had no past medical history. He was a keen bodybuilder who competed at a semi-professional level. His drug history included current use of anabolic steroids. He complained of pain in both knees and examination revealed effusion and pain over bilateral quadriceps tendons. There was a tender palpable suprapatellar gap on the left and to a lesser extent on the right side. There were bilateral lack of active extension and the patient was not able to straight leg raise bilaterally. Plain radiographs of both knees did not show any bony injury. (Figure 1 and 2) The clinical diagnosis of bilateral quadriceps tendon rupture was confirmed by urgent ultrasonography and the patient was admitted for surgical repair the next day. (Fig 3 and 4) The patient did not complain of any other symptoms at the time. Intraoperative findings consisted of a musculo-tendinous junction tear on the right and an insertional tear of the quadriceps tendon on the left which were surgically repaired with sutures and suture anchors respectively. The patient was discharged the following day after an uneventful postoperative recovery. Both knees were immobilised in extension splints and the patient was allowed to fully weight bear with the support of crutches. At the first follow up appointment the patient admitted to non compliance to the post operative plan of strict immobilisation and he had taken the splints off to see whether he could move his knees on numerous occasions over the last two weeks. Furthermore he mentioned pain in his left calf, which he apparently recognised on the day of discharge from Hospital. He left this unreported to any member of the medical staff for two weeks. Calf squeeze test as described by Simmonds revealed no plantar flexion of the foot on compressing the calf muscles.[4] An urgent Ultrasound scan of the left TA was organised and confirmed a TA rupture. (Fig 5) The patient declined admission to the Hospital and the left leg was immobilised in an extended above knee equinus cast. The bilateral quadriceps tendon repairs were found to be intact. The patient did not attend the urgent follow up appointment after the ultrasound scan confirming a TA rupture, but only re- presented six weeks later. Direct surgical tendon repair was not attempted due to tendon retraction. The patient therefore underwent reconstructive surgery of his left TA as a delayed procedure.

There have been more than a hundred cases of bilateral simultaneous quadriceps tendon ruptures reported in the literature. [1] This condition is often misdiagnosed as other pathology. QTR commonly occurs as a result of rapid, eccentric contraction of the muscle with a planted foot and knee partially flexed. Patients with bilateral QTR are more likely to present with some predisposing risk factors.[1,6-8] Younger patients are more likely to have one or more risk factors, whereas older patients are more likely to be obese or hypertensive.[5] Clinical examination reveals classically the triads of symptoms of acute painful knee swelling, functional loss and a palpable suprapatellar gap.[1] Plain radiographs, ultrasound and magnetic resonance imaging are further diagnostic tools which can help the clinician to establish the diagnosis.[9] Despite this bilateral QTR is commonly missed and delay in establishing the diagnosis is not uncommon.[10] Neubauer et al [1] showed a delay in diagnosis in 96.4% of the patients. There was delay of more than 2 weeks in 51.9% of these patients and delay of more than 3 months in 33.3% of patients. Delay in diagnosis or misdiagnosis can be due to inconsistent clinical signs and symptoms. Patients have been investigated for various different possible pathologies and an initial misdiagnosis was made. This included Guillain-Barre syndrome, stroke, neurologic condition, disc prolapsed and psychiatric disease.[11-13]  Acute Achilles tendon ruptures are also associated with a high incidence of misdiagnosis and values between 20 – 30 % are mentioned in the literature.[13,14] Although the diagnosis of TA rupture is not difficult and almost solely based on the history and clinical findings, misdiagnosis can be the result of inconsistence of clinical findings and the insignificance of presenting symptoms, but also due to failure of the patient to seek medical care following injury.[15] A literature search on the OVID database including the keywords: “Quadriceps tendon”, “Achilles tendon”, “Rupture”, “simultaneous”, and “bilateral” identified only one report of simultaneous bilateral avulsion of the quadriceps and Achilles tendons in 1 limb and of the patellar tendon in the other. This patient had previous bilateral nephrectomies performed, was on chronic haemodialysis and underwent a parathyroidectomy six days after sustaining the tendon ruptures.[2]
To our knowledge this is the first reported case of bilateral QTR and simultaneous TA rupture in a young, fit and healthy individual with the only risk factor being the use of oral anabolic steroids. Tendon ruptures commonly occur amongst the athletes as a result of overuse inflammation and partial tears within the tendons, which predispose to failure. However, pathogenesis of tendon ruptures in patients on anabolic steroids differs from regular failures. Anabolic steroid usage results in reduction of collagen cross-linkage in musculo-tendinous units thereby reducing the ultimate threshold for failure of the tendon. [16-17] Overall, early surgical treatment does result in satisfactory functional outcome for patients. Neubauer et al in their meta-analysis of bilateral QTR identified that any patients who were operated on after 2 weeks following injuries has a lower percentage of success rate in achieving full recovery. [1] Scuderi et al in their series of 20 patients with quadriceps tendon rupture also identified the benefits of early repair. [18] Hence, it is advisable that these patients be operated on within 2 weeks of onset of injuries. This made prompt diagnosis of the condition crucial in determining final outcome of these patients.

3.Fery A. Sommelet J. Schmitt D. Lipp B. Simultaneous bilateral avulsion of the quadriceps and Achilles tendons in 1 limb and of the patellar tendon in the other in a hyperparathyroid patient on chronic hemodialysis. Revue de Chirurgie Orthopedique et Reparatrice de l Appareil Moteur. 64(2):175-81, 1978 Mar. 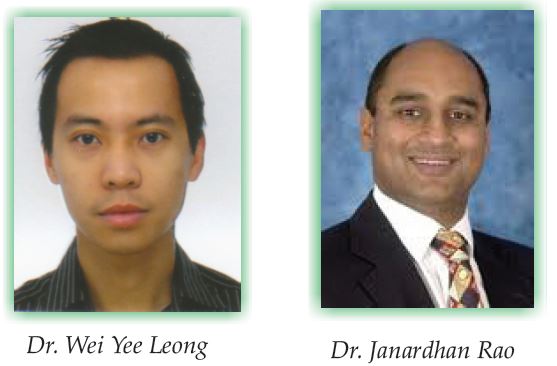 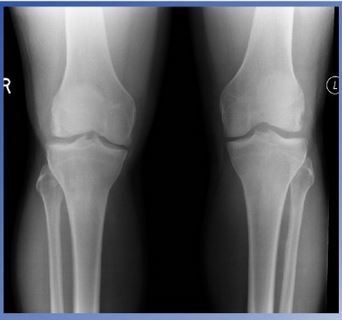