Presentation and Diagnosis of tuberculous lesions of Scapula.

Case Report: We report two cases of isolated scapular tuberculosis. One patient underwent aspiration and was started on antituberculous drugs ( ATT ) and the other underwent debridement, drainage of abscess and then was started on  ATT. Both had excellent outcomes at the end of one year follow up. We  reviewed previous published literature of isolated scapular tuberculosis. The most common presentation of scapular tuberculosis is as follows: age less than 30 years and there is no difference with respect to gender. Swelling and pain are the commonest symptoms. Lytic areas with surrounding sclerosis is the commonest radiological finding. Body of the scapula is affected most commonly. Prognosis is excellent with adequate treatment.

Conclusion: To conclude, clinicians should have high index of suspicion for diagnosing this condition as it mimics tumors. Pain and swelling is the most common presentation of scapular tuberculosis. Radiography shows lytic lesion with marginal sclerosis. The prognosis is excellent with appropriate treatment.

Patient 1:
A 17-year-old male presented with dull aching pain and gradually progressive swelling over the left scapular region since five months. Pain was aggravated on shoulder movement and on lying supine. He had no fever. Physical examination revealed a swelling of 3 X 3 cm which was located in the left supraspinous region. The swelling was warm and tender with soft cystic consistency. There was no discharging sinus. Terminal range of motion was restricted with pain especially during the last 150 of abduction. His blood investigations were unremarkable with ESR of 15 mm/hr. Anteroposterior radiograph of left shoulder revealed a well defined, 4 X 3 cm osteolytic lesion at the superomedial aspect of body of scapula, with surrounding sclerosis [Fig.1]. The lateral radiograph showed increased soft tissue shadow in the superior aspect of scapula. His chest radiograph was normal. Since appearance was similar to a bone tumor, differentiation was important and work up on same lines was planned. Whole body bone scan showed abnormal increase in tracer uptake in the body of scapula with the rest of the skeleton being normal. Computer tomography ( CT ) showed erosions involving the supero-medial aspect of the body of scapula and along the base of the spinous process of scapula [Fig. 2 and Fig.3 ]. Magnetic resonance imaging ( MRI ) scan revealed a well- defined lobulated lesion [ Fig.4 ]. It showed high signal on T2W and low signal on T1W images. Central T2W hypointensity was also seen. There was a soft tissue component extending posteriorly into the subcutaneous tissue. The left shoulder joint was normal. The differential diagnosis were chronic infection probably tuberculosis, Eosiniphilic granuloma or tumourous conditions. A CT guided biopsy was done Tissue and fluid were sent for cultures and histopathology. Biopsy revealed granulomas composed of epithelioid cells, lymphocytes and a few multinucleate giant cells suggestive of tuberculosis. Culture from Lowenstein Jensen medium showed acid fast bacilli after six weeks. He was started on antitubercular therapy for a period of nine months. He was on two months of intensive therapy and seven months of continuation therapy. The dosage of the drugs given were Cap. Rifampicin 600 mg , Tab. Isoniazid 450 mg, Tab. Ethambutol 800 mg, Tab. Pyrazinamide 1250 mg, Tab. Pyridoxine 10 mg on daily basis. He had complete resolution of symptoms within four months. At one year follow up , he had painfree full range of movements of shoulder. A 17- year old girl presented with  swelling over her right upper back since three months. She had occasional pain. She had no fever. She had loss of appetite and weight loss. Physical  examination revealed a 6 X7 cm soft,cystic and fluctuant swelling over the right scapular region [ Fig.5 ]. There were no discharging sinuses. Cervical spine and shoulder range of motion were full and painless. Systemic examination was unremarkable. Blood investigations revealed hemoglobin of 10.3 gm %, total count of 11,300 and the erythrocyte sedimentation rate was 97mm/hr. Radiograph showed an osteolytic lesion in the inferior angle of scapula with surrounding sclerosis [Fig. 6]. Computer tomography of thorax showed a large well defined homogenously hypoechoic mass measuring about 63 x 69 mm in the posterior chest wall ,abutting and infiltrating right trapezius, supraspinatus , infraspinatus and lattissimus dorsi, with extension into the right axilla. There were erosions and destruction of inferior angle of the right scapula with suspected sequetra [Fig. 7]. There was no intra thoracic extension. There were no parenchymal changes in right hemithorax or rib erosions. All these features were suggestive of abscess in the posterior chest wall with osteomyelitis of right scapula.Ultrasonography of the abdomen was normal. She underwent incision and drainage of the abscess along with debridement, sequestrectomy and curettage of right scapula [Fig.8]. Tissue cultures and histopathology were done. Mycobacterial culture ( Lowenstein Jensen medium) demonstrated Acid Fast bacilli typical of Mycobacterium tuberculosis after six weeks which was sensitive to all the first line antituberculous drugs. Biopsy showed inflammatory granulation tissue and fibroadipose tissue containing discrete confluent granulomas composed of epithelioid histiocytes and Langhans’ type multinucleate giant cells surrounded by a dense infiltrate of lymphocytes, plasma cells, and aggregates of neutrophils. Multiple foci of caseous necrosis were present. She had identical treatment regimen as described earlier. She had complete resolution of symptoms and no recurrence at the end of three year follow up.

Tuberculosis is a major health problem in the developing countries. Despite recent advances in its diagnosis and treatment, it has become a global epidemic with the emergence of HIV infection and multidrug resistance. Skeletal tuberculosis occurs secondary to hematogenous spread from primary focus which are usually pulmonary or lymph nodes.. Less than 1% of all skeletal tuberculosis affects the shoulder, a fraction of it involves the scapula [3]. Tuberculosis of the flat membranous bone is very rare. Very few cases of isolated scapular involvement have been reported in literature. One of the difficulties in diagnosing skeletal tuberculosis is the non specific clinical presentation. Clinically, skeletal tuberculosis presents with pain and swelling. Occasionally, it may present with a discharging sinus. Constitutional symptoms may or may not be present. Clinically, the findings with restricted shoulder movements may mimic frozen shoulder and the diagnosis is delayed or missed. Erythrocyte sedimentation rate and C-reactive protein may be raised. Radiographs usually show osteopenia, osteolytic lesion with poorly defined edges and varying amounts of sclerosis and periostitis [1]. CT and MRI are useful to delineate the extent of the lesion. Radiographs should always include both shoulder and scapula to avoid any misdiagnosis. The differential diagnosis for a lytic lesion on radiograph are pyogenic infections both bacterial and fungal, tumours like bone cysts, telangiectatic osteosarcoma, sarcoidosis or eosinophilic granuloma [1,4]. Even parasitic infections can present with pain and a soft tissue mass. Malignant tumours usually present with lytic lesion without surrounding sclerosis. The margins are usually permeative or moth-eaten. Periosteal reactions and calcification are also seen. Whereas in tubercular infection, it is usually a lytic lesion with marginal sclerosis. This can be confused with benign tumours. Hence tissue biopsy is important in the diagnosis of the condition. Though AFB smear is not very sensitive, mycobacterial cultures are specific [3]. Biopsy showing epitheloid granulomas and caseous necrosis is gold standard in the diagnosis of tuberculosis. We did a literature review on isolated scapular tuberculosis and found ten reported cases [Table 1]. We did an analysis on all the twelve cases [Table 2].The most common presentation was pain and swelling and only two patients had discharging sinus. Cold abscess was present in 70 % of the cases and only 30 % of all patients had systemic features like fever, loss of weight and appetite. Out of the twelve cases, six occurred in the body, three in the spine of scapula, two in the inferior angle and one in acromion. Seventy percentage of the cases were under 30 years of age while 90% of cases presented before six months from the onset of symptoms. All patients had osteolytic lesions on radiographs, with 60 % of them had marginal sclerosis. Only three patients required surgical debridement. Others had aspiration and treatment with antituberculous drugs. All the cases had very good outcome and none had any complications. All of them were immunocompetent patients. The main step in the diagnosis of skeletal tuberculosis is thorough clinical and radiological examination. From our analysis , tuberculosis of the scapula must be suspected if a patient presents with age less than 30 years, with pain and swelling in the scapular region less than six months duration and radiographs showing osteolytic lesion with surrounding marginal sclerosis. Though rare, tuberculosis should always be suspected in isolated scapular swelling in developing countries. Antituberculous treatment usually gives excellent results . The abscess usually subsides on initiating the treatment. Surgery is advised only if there is giant sequestra or when there are no signs of improvement 3 to 4 weeks after initiating antitubercular therapy [1]. Our second case had multiple sequestra and a large cold abscess. Hence she underwent surgical debridement and sequestrectomy. Both patients showed dramatic improvement with nine months of therapy and showed complete resolution of the disease. Since all the patients reported so far with isolated involvement of scapula are immunocompetent, may be there was less chance of dissemination and none of them were multidrug resistant. High index of suspicion is necessary to identify scapular involvement in all patients with shoulder pain. Thorough clinical and radiological examination is necessary to avoid misdiagnosis, as most shoulder problems are treated as periarthritis or frozen shoulder. Wasting of muscles is characteristic of tubercular involvement. Radiographs should be overlooked to identify any lesion in acromian, clavicle, scapula, coracoid process other than head of humerus. Bone scintigraphy and magnetic resonance imaging might be useful if in doubt. However, diagnosis can be established by needle aspiration or open biopsy.

To conclude, high index of suspicion is necessary for diagnosing this condition in endemic areas.  Pain and swelling is the most common presentation of scapular tuberculosis. Radiography shows lytic lesion with marginal sclerosis. The prognosis is excellent with appropriate treatment. 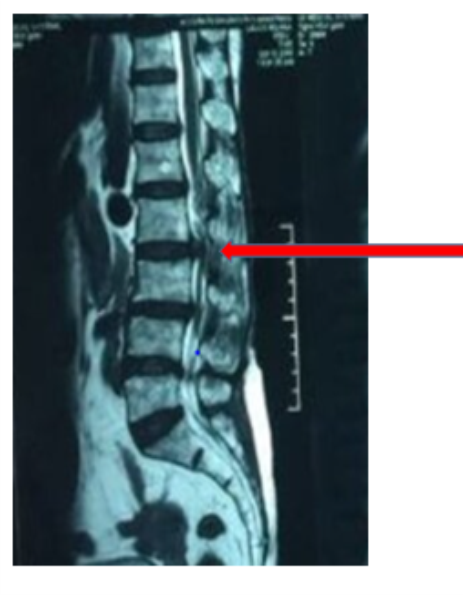 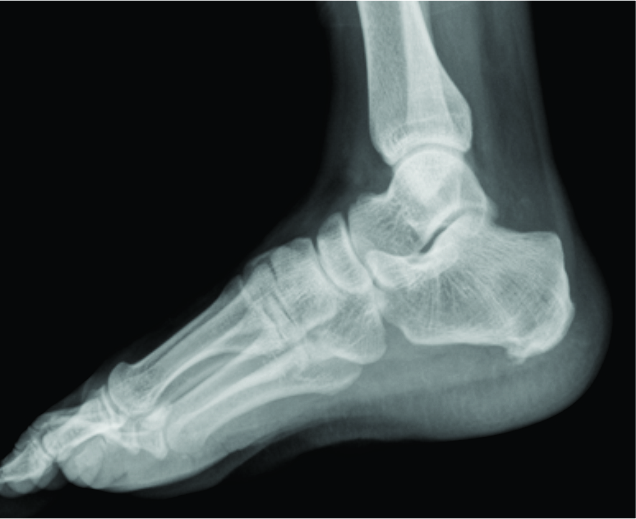