Even during minimally invasive osteosynthesis procedures HO can develop and cause complications.

Introduction: Heterotopic ossification (HO) is abnormal formation of new bone in the soft tissue. HO occurs outside the normal bone within soft tissues such as muscles and tendons, and histologically, it is no different from skeletal bone. It is still not clear what factors stimulate HO. The soft tissue around the hip joint has been identified as the most common location for HO. Patients with HO usually have no clinical symptoms; however, it can become very painful and lead to severe functional limitations. The standard diagnostic procedure consists of conventional X-ray diagnostics and/or skeletal scintigraphy. Local radiation and nonsteroidal anti-inflammatory drugs are the classical options for treatment and prophylaxis of HO. We describe two pediatric patients with “lollipop-like” HO at the end of Kirschner wires (K-wires, steel) and titanium elastic nails (TENs, titanium).
Case Report: A 9-year-old girl, 1 year after Salter and Pemberton osteotomy with K-wires, and a 15-year-old boy, 1 year after fracture of the right femur treated by osteosynthesis with TENs, were treated in our department due to HO. The girl did not report any symptoms, while the boy had pain in the location where the ossification had formed. However, examination of the girl’s hip showed that the range of motion in the hip affected by HO was limited in comparison with the opposite unaffected hip.
Conclusion: To the best of our knowledge, lollipop-like HO around protruding K-wires or TENs has not yet been described. According to literature, HO is mainly located in the pelvic region and at the elbow. Most studies investigating HO describe cases which have occurred after cemented or uncemented hip replacement surgery. In the cases presented here, HO might have been stimulated by repetitive muscle trauma above the protruding K-wire and TENs, the trauma caused by the operation, bone marrow cells dispersed intraoperatively, or by a combination of these and other factors. There are numerous studies on strategies to prevent HO after joint replacement. We suggest “lollipop sign” as a name for this rare type of HO around the end of K-wires/TENs in pediatric patients.
Keywords: Heterotopic ossification, Kirschner wire, Lollipop sign, Lollipop like, Ossification prophylaxis, Ossification, Titanium elastic nails, Wire end ossification.

Introduction
Heterotopic ossification (HO) in soft tissue was first described as “muscle calcification” in two paralytic patients by Goldberg, in 1877 [1]. MC Kee first described HO in patients who had undergone hip arthroplasty in 1966 [1, 2]. This ectopic bone forms outside normal bone structures within soft tissues such as muscles and tendons. Histologically, it is no different from skeletal bone (see histopathologic pictures) [3]. The reasons for HO have still not been fully explained, but research is currently focused on two possible mechanisms [1, 3, 4]. First, bone precursor cells (inducible osteogenic precursor cells) that are permanently located in the connective tissues may be activated by inflammation, surgical trauma, burns, or any other form of trauma [5]. Second, osteogenic precursor cells (determined osteogenic precursor cells)which can form ectopic bone may be dispersed into surrounding tissue during surgery [1, 3]. Both mechanisms are commonly seen after trauma which seems to act as a stimulus [1,3]. HO after craniocerebral trauma, burns, paraplegia, and hip replacements has already been reported in detail in literature[6,7,8,9]. Especially, the soft tissue around the hip joint has been identified as the most common location for HO [4]. Patients with HO usually have no clinical symptoms, but those who have pronounced HO can experience painful functional limitations. The standard diagnostic procedure consists of conventional X-rays and/or skeletal scintigraphy. If surgical resection is necessary, a computed tomography diagnosis with three dimentional reconstruction is used for pre-operative planning [1, 3]. Otherwise, local radiation and nonsteroidal anti-inflammatory drugs (NSAIDs) are the classical options for the treatment and prophylaxis of HO [1, 3, 4, 10]. We describe two pediatric patients with “lollipop-like” HO at the end of Kirschner wires (K-wires) and titanium elastic nails (TENs).

Case Report
Two pediatric patients with “lollipop-like” HO at the end of protruding titanium K-wires and TENs at the pelvic region underwent surgery in our department. In 2017, a 9-year-old girl was presented 1year after Salter and Pemberton osteotomy. This procedure was the latest of various previous operations performed in Albania to treat the girl’s hip dysplasia. K-wires (steel, manufacturer not known), 4 mm in diameter and approx. 60 mm in length, were used. The duration of the operation was 2h. There was no significant blood loss or brain injury. The patient received piritramide and ibuprofen for analgesia. No further NSAIDs were taken. Radiological follow-up at 12 months revealed a progressive, “lollipop-like” HO (Fig. 1a) lateral to the acetabular roof at the tip of a protruding K-wire. The patient complained of pain and limited mobility in the left hip joint compared to the opposite side. We removed the K-wires and resected the HO for histopathology. Histopathology showed benign HO with no signs of infection. In 2018, a 15-year-old boy was transferred to our department 1year after fracture of his right femur, treated by elastic stable intramedullary nailing. Initially, he had sustained a single femoral trauma without brain injury. Two TENs with a diameter of 5 mm and a length of approx. 500 mm were used. The duration of the operation was 1h, and there was no significant blood loss. Postoperatively, the patient was treated with metamizole. No NSAIDs were taken. According to the patient’s clinical history, he had no complaints after full weight-bearing at 6 weeks. At 12-month follow-up, there was no clinical difference in comparison with the other leg and hip, but the X-ray showed a progressive, lollipop-like HO at the protruding end of the proximal TEN (Fig. 2a). We removed the TENs and resected the HO (Fig. 2b). Histopathology showed benign HO with no signs of infection (Fig. 2c).

Discussion
To the best of our knowledge, lollipop-like HO around protruding K-wires or TENs has not yet been described. According to literature, HO is most frequently located in the pelvic region and at the elbow and most studies on HO report on its occurrence after cemented and uncemented hip replacement surgery [11, 12, 13, 14, 15, 16]. In the cases we describe, HO might have been stimulated by repetitive muscle trauma above the protruding K-wire and TENs [17], the trauma caused by the operation, or bone marrow cells scattered intraoperatively [1, 3, 4, 18]. Brain trauma, a further possible cause of HO, had not occurred in either of the children [6, 7, 9]. The lollipop-like ossifications might be a combination of many factors. Both cases have in common that a protruding K-wire irritated the muscles of the pelvic region. The material of the K-wire (steel)/TEN (titanium) is routinely used and is not thought to be an influencing factor. The side of the K-wire seems to be without influence, as both sides (sharp and blunt) induced the lollipop-like ossification in the two different cases without any ossification on the opposite wire end. We did not find a histological or microbiological explanation of the ossifications. There are numerous studies on strategies to prevent HO after joint replacement [19, 20]. As HO is a rare occurrence after K-wire osteosynthesis in pediatric patients, we do not believe that the current strategies need to be changed after the presentation of our two cases [21, 22, 23, 24]. We have never seen lollipop-like ossifications in adults. We suggest “lollipop sign” as a name for this rare type of HO around the end of K-wires/TENs “lollipop sign” in pediatric patients.

Clinical Message
“Lollipop-like” HO around K-wire ends is a rare, benign form of HO. Care must be taken to prevent HO on prominent osteosynthesis in the pelvic region. It remains unclear whether existing prophylaxis against HO can prevent the “lollipop sign.”

RELATED POSTS
A Case of Fibrodysplasia Ossificans Progressiva in a 5-year-old Boy with all Musculoskeletal Feature... 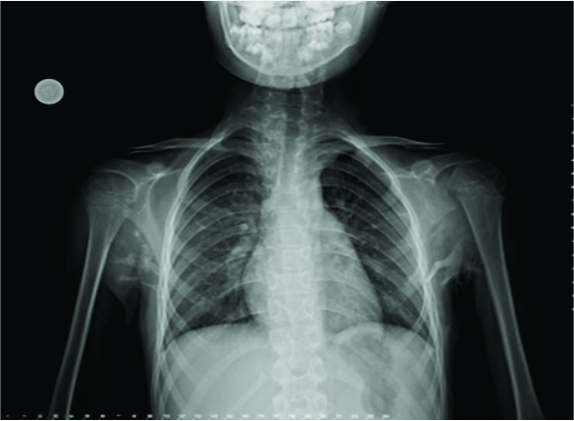 Bilateral Spontaneous Bony Ankylosis of the Elbow Following Burn: A Case Report and Review of the Li... 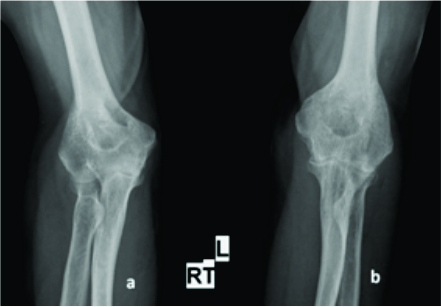 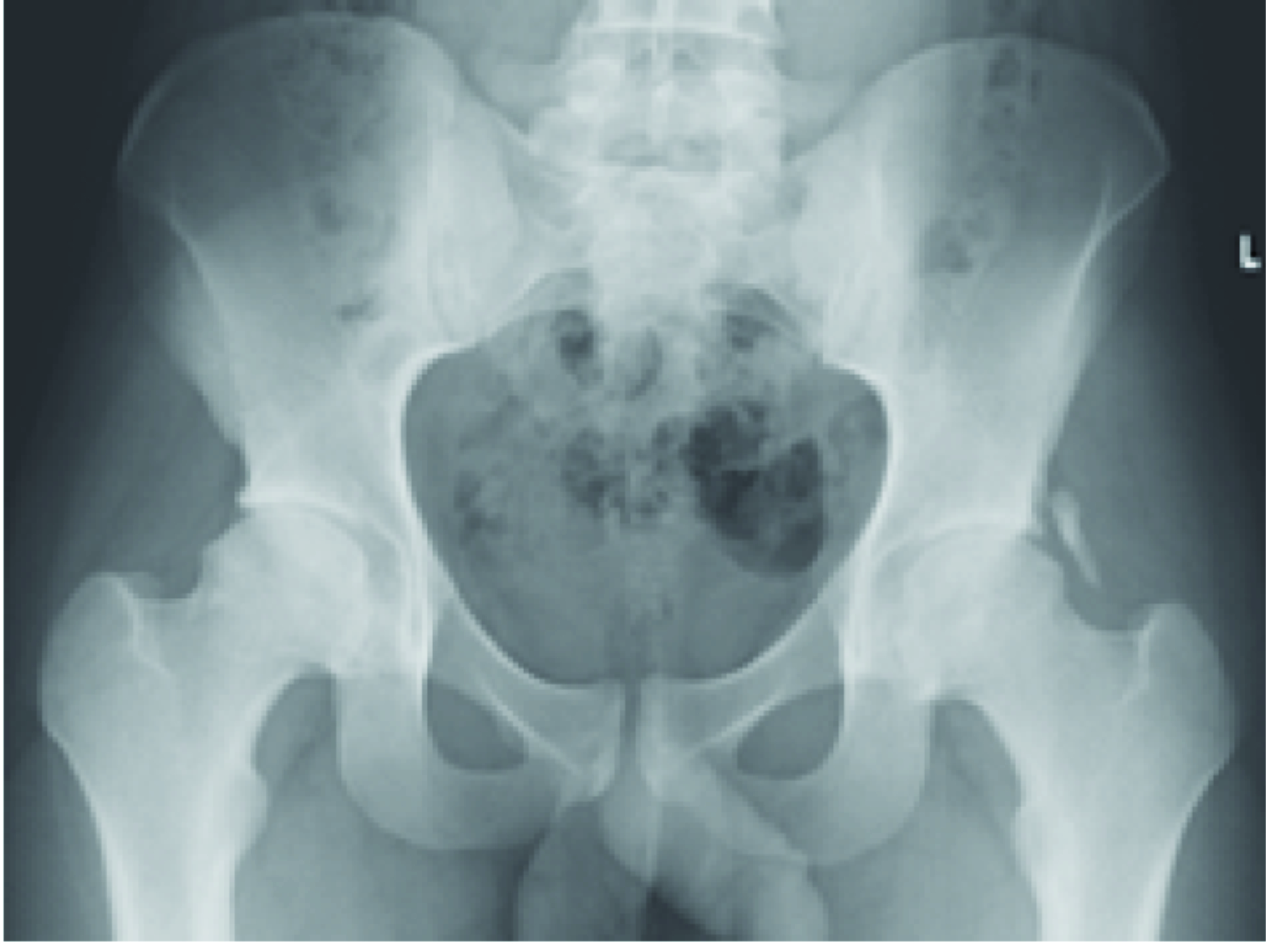 A Case Report about Early Major Postoperative Ossifications of the Shoulder... 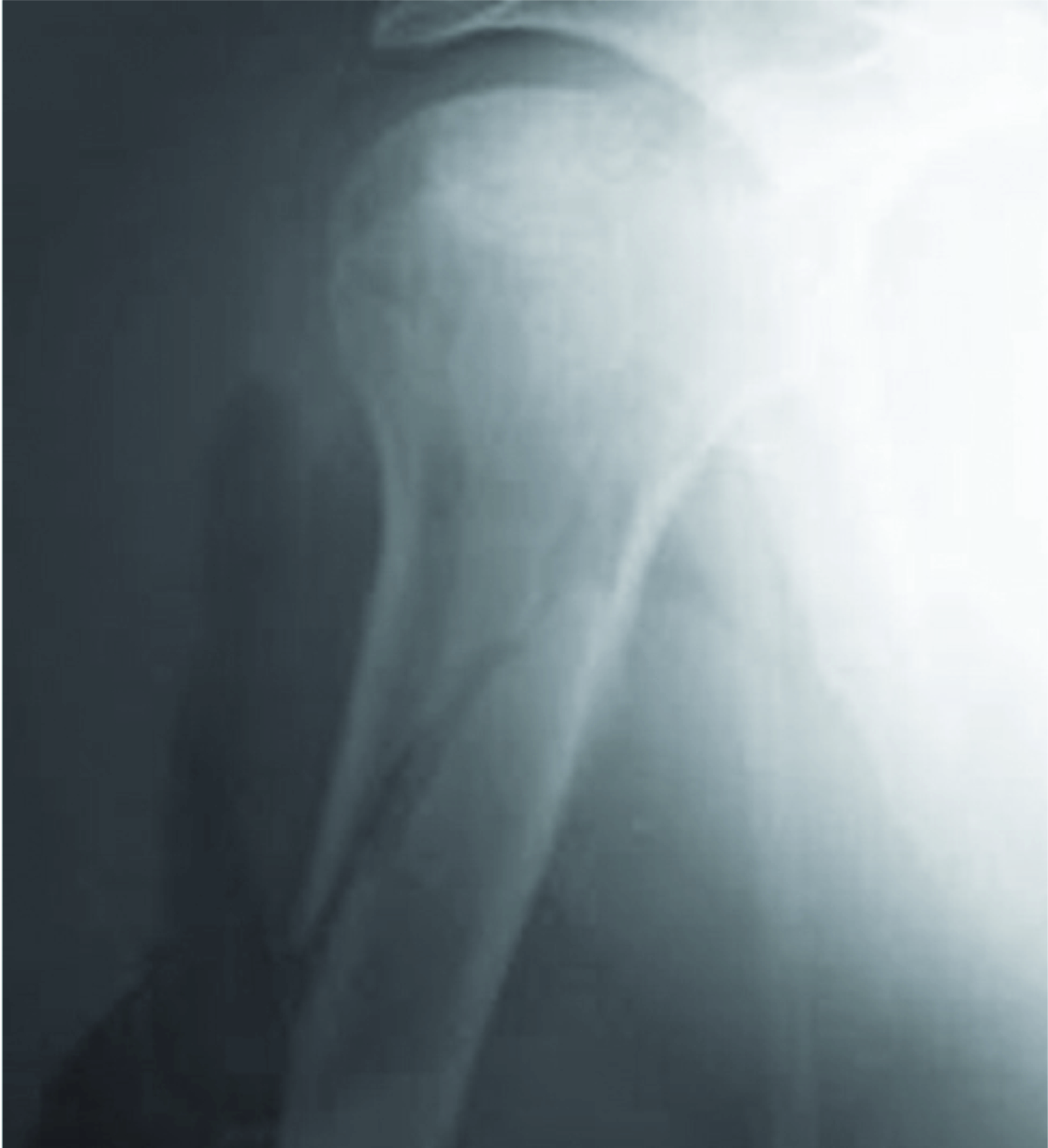