1. What are the differential if you notice extra cortical cement around femoral shaft after THR?

Introduction: Cement pressurisation is important for the insertion of both the acetabular and femoralcomponents during Total Hip Arthroplasty. Secondary to pressurization the rare phenomenon of unilateral cementincursion into the nutrient foramen has previously been reported. No bilateral case has been reported to date. This has implications both for misdiagnosis of periprosthetic fractures and for medico-legal consequences due to a presumed adverse intra-operative event.

Conclusion: In summary, cement extravasation into the nutrient foramen is an important differential to be considered in presence of posterior-medial cement in the diaphysis of femur following total hip replacement. No such bilateral case has been reported.

Our aim is to draw attention to the post-operative x-ray appearances of apparent cortical perforation by cement due to cement incursion into the nutrient foramen. This is a known rare phenomenon [1-5] but there is no report of a bilateral case. Hip arthroplasty surgeons need to be aware of this as a potential misdiagnosis of intra-operative periprosthestic fracture, which may result in unnecessary protected weight-bearing or subsequent surgical planning. There is also clearly a medico-legal implication to any presumed adverse intra-operative event.
Cement pressurisation on insertion of both the acetabular and femoral component, is important in order to achieve appropriate cement-bone micro-interloc for optimum component fixation [6]. In order to maximise cement-bone interdigitation, standard viscosity cement is inserted under pressure using a cement gun. Any cortical defects, such as a fracture, could allow extramedullary cement extrusion. The most common cause of extradiaphyseal cement found on a post-operative X-ray following THR is an iatrogenic cortical breach. These appearances may deceive the orthopaedic team into reducing or eliminating weight put through the leg, thereby prolonging patient rehabilitation. Cement penetration of nutrient foramen can have presentation similar to iatrogenic breach and should be considered as differential.

Patient (MC) was a 59 year old female presenting with bilateral hip Osteoarthritis. She underwent right-sided cemented Stanmore THR. The hip joint was exposed through the posterior approach. The femoral cavity was prepared, cleaned using pulse lavage and brushing, dried and a size 12.5 mm cement restrictor placed (cement plug JRI) two centimetres distal to the tip of the femoral component. After three to four minutes of polymerisation standard viscosity cement (Refobacin, Biomet) was introduced into the femoral cavity using 4th generation cementing techniques. A retrograde technique was employed with a suction catheter placed distally in the initial cementation period and a proximal cement pressurisation adapter for the cement gun was used. It was apparent that the gun (Stryker UK cement gun) nozzle, abutted the endosteum closely. No untoward intra-operative events were noted and the patient returned to the ward with no adverse features in the post-operative course.
A check X-ray of the procedure taken two days post-operatively demonstrated significant cement extrusion from the posterior-medial aspect of the femoral diaphysis approximately 2 cms (26.6 mm) proximal from the stem tip and 17mm extrusion into the soft tissues. (Fig. 1 & 2 AP and lateral of proximal femur, measurements took account of radiographic magnification). The patient had no adverse pain on mobilisation. A CT scan was requested which showed cement extrusion outside the femur cortex (Fig. 3). Given no report of pain on mobilisation and the absence of a definitive fracture line, cement extravasation was attributable to pressurisation through the nutrient foramen. Three months later the patient attended for contra-lateral surgery and underwent an identical procedure as the first hip. A similar, but not identical x-ray appearance was noted, (Fig. 4 ) with 8.5 mm cement extrusion out into the soft tissues and 4 cms (41mm) cement extrusion from the tip of the prosthesis. The patient was happy with the post-operative result and continued to make an uneventful and full recovery.

Factors most likely to result in cement extravasation into the nutrient foramen include less oblique and wide foramen and those associated with the cement itself such as high pressure. Our bilateral case was a female measuring 145 cm. Patient size associated with a narrow femur and the ability of the cement gun to occlude the medulla may increase local pressurisation considerably. It is noteworthy that of the 19 cases reported in the literature[1-5], 16 have occurred in females, hence it is reasonable to assume that a female preponderance does indeed exist. Gaucher’s disease and β-thalassaemia have both been associated with enlarged nutrient foramina in phalanges [7] but no association is reported with regards to the femur. The patient was tested and found to be negative for these conditions.
The anatomical location of the nutrient artery has been proven to be relatively consistent [8]. Given cement extrusion at this level, the diagnosis of an iatrogenic cortical breech is unlikely. Some authors have suggested that morphological features of the extra-diasphyseal cement may help in differentiating vascular cement infiltration from cement extrusion secondary to fracture [3]. The appearances of both a thin line and localized cement mass have been reported in association with this phenomenon [5].
The literature supports the view that the long-term clinical implications of cement extrusion into the nutrient foramen is minimal [1-4]. Weismann felt the relationship of cement in the nutrient vasculature and clinical symptoms was less clear. The vetinary literature contains a study of radiographically diagnosed medullary infarction secondary to THR and relates this to nutrient vascular compromise [9].

In summary, cement extravasation into the nutrient foramen is an important differential to be considered in presence of posterior-medial cement in the diaphysis of the femur following total hip replacement. 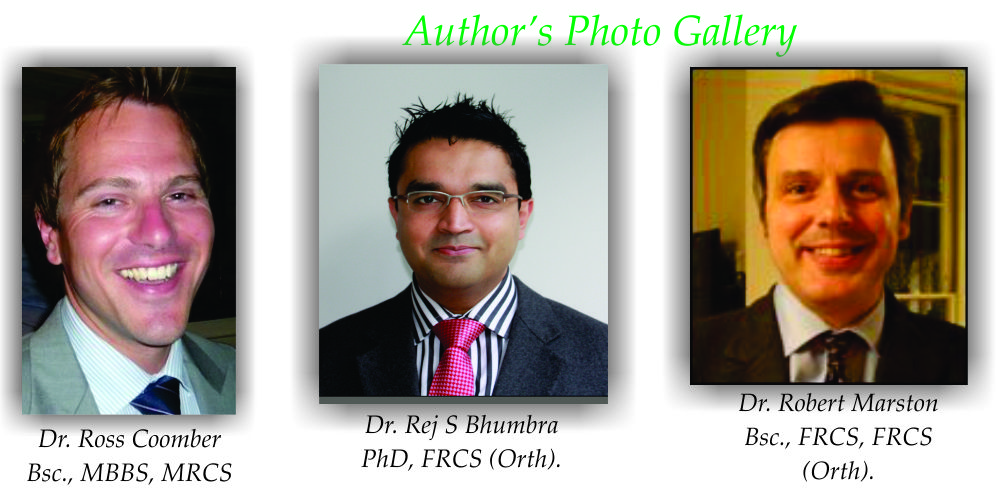 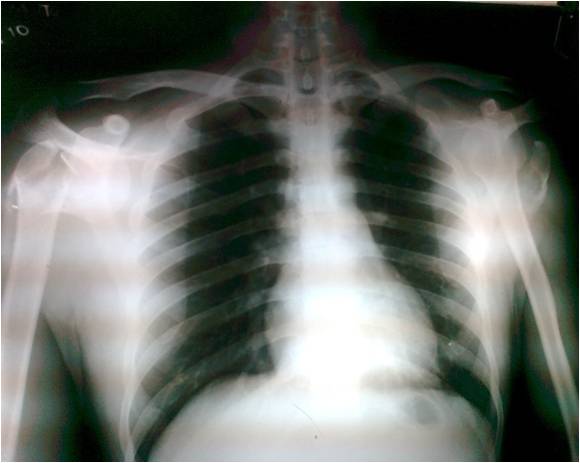