Neglected Posterior Dislocation of Hip in Children – A Case Report

Incidence and Management of Traumatic Hip Dislocation in Children.

Introduction: Traumatic dislocation of the hip in children is a rare injury. We report the outcome of 2 patients of neglected hip dislocation which were treated by open reduction and internal fixation by k-wires.

Case Report: We treat 2 children both girls (one was of 4 years and other was 7 years of age) .In both cases dislocation was unilateral and was not associated with any facture .Both  cases were of posterior dislocation . in both cases open reduction and internal fixation was done by k wires. Hip spica was applied post operatively in both cases .The k wire was removed at 3  to 4 weeks. Patients were allowed to bear weight from gradual to full weight bearing after 6 weeks.

Conclusion: We conclude that open reduction is a satisfactory treatment for neglected hip dislocation. It prevents not only deformity but also maintains limb length.

We treat 2 children both girls one was of 4 years and other was 7 years old. In both children there was unilateral posterior dislocation and was not associated with any fracture [Fig. 1]. First case was due to road traffic accident while second was due to fall from height. Both cases were initially treated by bone setters and history of massage and manipulation was present in both cases. First came to hospital 10 weeks after trauma while second case came after 18 weeks after. Both children were treated by upper tibial skeletal traction (2 to 3 kg) and counter traction. The traction was applied for about 3 to 4 weeks with involved extremity in abduction. In both cases dislocation was not reduced by skeletal traction. After that both cases were operated by open reduction by postero lateral approach. In both cases acetabulum was filled with fibrous tissue .The soft tissue was removed and reduction of femoral head was done. The hip was held in position with the help of k wire through the femoral head into acetabulum [Fig. 2]. Hip spica was applied post operatively in both cases .The k wire was removed at 3 to 4 weeks and hip mobilizing and quadriceps and knee bending exercises were allowed. Patients were allowed to bear weight from gradual to full weight bearing after 6 weeks. The results were graded as excellent, good, fair or poor according to Garret et al criteria [4].  An excellent result meant no pain, a full range of hip motion and no limp. Good result meant no pain, slight limp, 75% range of movement. Fair result meant pain but not disabling, moderate limp, 50 % range of movement. Poor result meant disabling pain, marked limitation of hip motion and abduction or adduction deformity.[Fig. 3] Both patients were regularly followed up for period of 10 to 16 months. Results of both cases were good. At follow up 75% range of hip motion was seen in both cases. Radio logically in both cases there was various degree of osteonecrosis of femoral head and neck with preservation of the joint space.

Although a dislocation of the hip in children is relatively uncommon. We have seen2cases of neglected dislocation of the hip in children within 2years in this hospital. Thompson and Epstein [5] reported only 8% cases of hip dislocation in children. Stevart and milliford [6] reported that this injury is twenty five times less common in children as compared to adults.In developed countries neglected and unreduced dislocation is rare as compare to developing countries because of low social economic status. In developing countries patients came to hospital many days after trauma with repeated massage and manipulations. In developing countries unlike adults relatively slight trauma and a trivial fall account for dislocation in children. After injury treatment of neglected dislocation of hip becomes difficult with time .With time acetabulum becomes filled with fibrous tissue in unreduced dislocation so reduction becomes impossible by closed means. This was stated by Miltner and Wan in his study.Besides open reduction of neglected dislocation subtrochanteric osteotomy and symptomatic treatment until skeletal maturity when reconstruction can be done. There are several methods of reduction of old dislocation. Closed reduction and manipulation under general anesthesia could be done if dislocation is of short duration (2-4 weeks). Closed reduction and heavy traction with involved extremity in abduction give good results in selected cases [7]. In this method limb is placed in heavy skeletal traction(15-20% of the patient’s body weight) for 3 to 5 days in line of deformity. Serial radiograph were taken on alternate days. When the head is at the level of acetabulum the limb is gradually abducted to achieve reduction .Once the hip becomes concentric, weight of traction is reduced and maintained for 3 weeks. Various study on this study showed that this method was done in 40 cases of dislocation in children. But successful reduction was done in only 10 cases .We do not achieve reduction by closed means. Banskota AK[1] et al in their study on 8 cases of neglected posterior dislocation on hip give good results in 3, fair in 3, and poor in 2 according to Garrett et al criteria. Mean Harris hip score was 89 (range 84 to 96). Leg lengths were within 2 cm in 7 of 8 cases, and only 1 patient had a discrepancy greater than 2 cm. Zrig M et al [8]in their study on 7 children on traumatic posterior dislocation treated the dislocation by closed reduction. The mean time interval between dislocation and reduction was 4 hours and 50 minutes. Hip was classified as normal in 6 children. Role of skeletal traction initially before open reduction is useful because it stretches the contracted soft tissue. Verma in his study on 14 cases of neglected dislocation of 14 days to one year duration did open reduction and reported excellent results in 4 cases ,good outcome in 4 cases,fair outcome in 1 case while poor outcome in 5 cases. We have achieved excellent results in both cases. Kumar and jain [9],[10] in their study on 18 patients of neglected posterior dislocation treated them by open reduction because by skeletal traction dislocation could not be reduced. In their study there was varying degree of avascular necrosis with preservation of head. He got excellent results in 17 patients. Traumatic dislocation of hip should be reduced as early as possible. Because delay in reduction increases the chances of avascular necrosis, posttraumatic osteoarthritis and end result depend on the age of patient, type of dislocation and severity of trauma. Mehlman in his study reported that if hip dislocated for a length of time osteonecrosis can be significantly associated. If reduction was delayed for more than 6 hours, there will 20 times higher risk of osteonecrosis. It is seen radio graphically as increased density, flattening, fragmentation. Damage to growth plate leads to leads to shortening of femoral neck, coxa vara,coxa valga or widening of femoral neck.

We conclude that open reduction is a satisfactory treatment for neglected hip dislocation. It prevents not only deformity but also maintains limb length. In developing countries like India poverty, ignorance and malpractice by quacks is common cause of negligence. 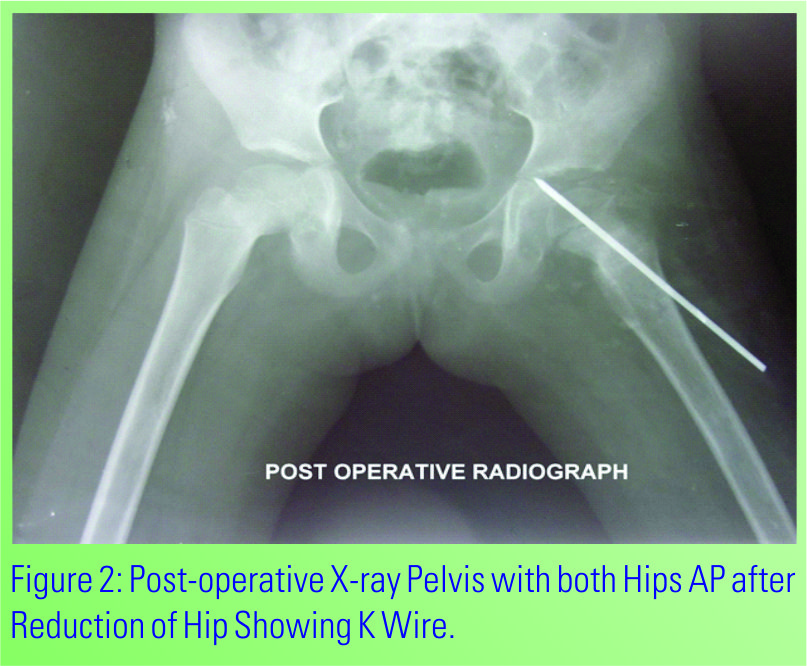 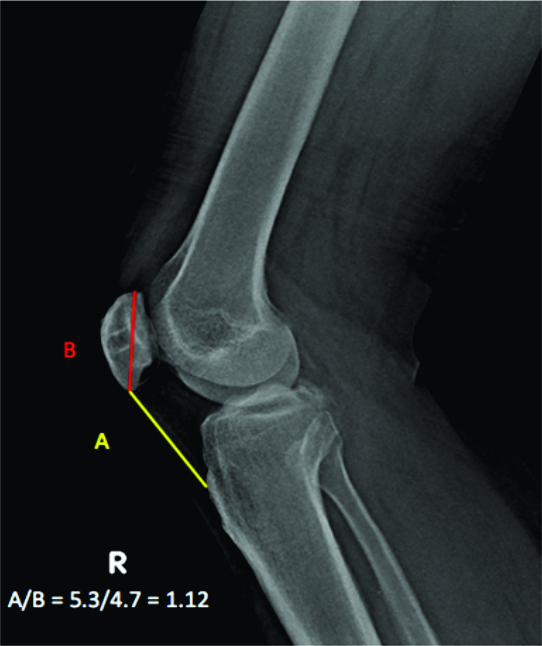 Neglected Two-Week-Old Unstable Fracture-Dislocation of the Hip in a 60 Years Old, Managed with Hip ... 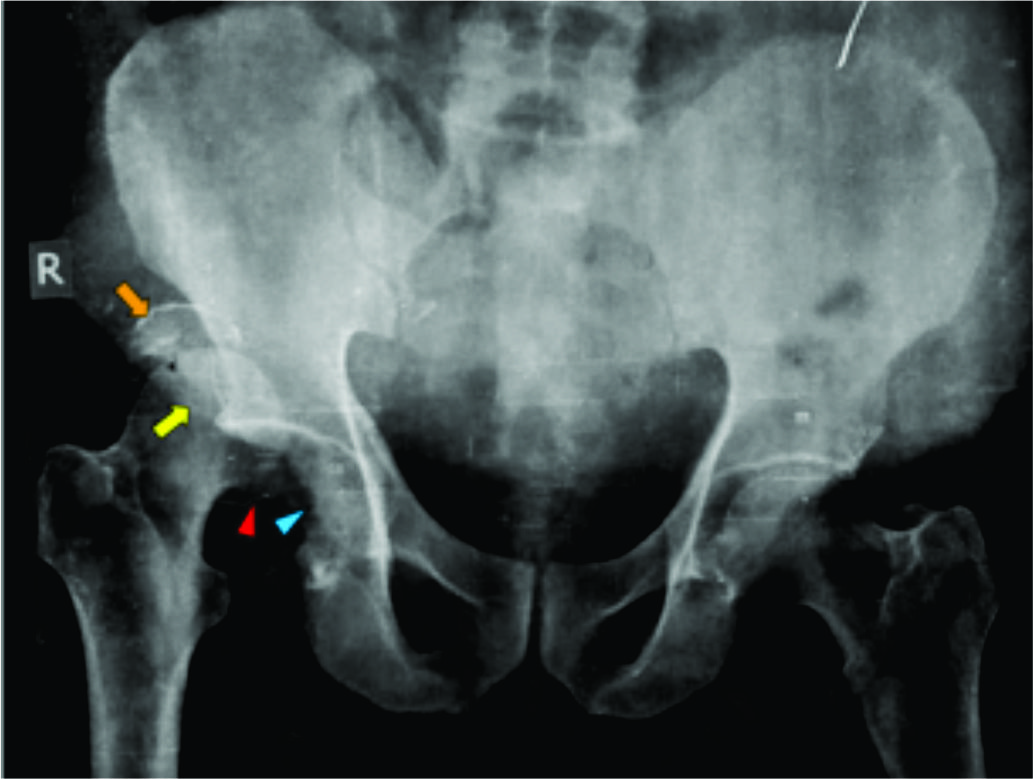