Arthroscopic fixation of tibial spine in patient of open physis with cannulated screws is a safe technique allowing early mobilization.

Avulsion fractures of tibial spine leading to discontinuity of anterior cruciate ligament fibers has been uncommon but well described in literature in both pediatric and adult population [1]. These fractures are also called as tibial eminence fractures or ACL avulsion fractures. They represent a variant of anterior cruciate ligament injury. These injuries are commonly seen in children aged between 8-14 years and are usually sports related injuries. In adults, these injuries are commonly related to high energy trauma usually road traffic accidents [1, 2] and have high incidence of associated injuries. The cause of increased incidence amongst children is hypothesized as being secondary to relative weakness of incompletely ossified tibial eminence compared to native ACL fibres. Meyers and McKeever classified these injuries in 1959 as non-displaced (type I), partially displaced or hinged (type II) and completely displaced (type III) fractures. Type III fractures were further subdivided into ‘not rotated’ and ‘rotated’ [1, 2, 3]. This classification was modified by Zaricznyj to include comminuted avulsion fractures (type IV) [4].

Case Report
A16-year-old boy sustained injury to left knee while playing. He had severe pain and swelling in the knee. He was not able to bear weight on affected limb. X-rays revealed displaced tibial spine fracture [Fig. 1, 2].

He was treated in cast by orthopedic surgeon. Patient was not comfortable in the cast and came to us. It was a displaced fracture. We did MRI to rule out other injuries [Fig. 3]. Patient was treated arthroscopically under spinal anesthesia in supine position. Anterolateral and anteromedial portals were used. Both the portals should be standard or slightly low as higher portal may put the scope above the fractured fragment and one may not be able to see the fracture clearly. Fractured fragment was clearly defined with the help of a shaver. It also involved significant portion of medial tibial platue [Fig. 4, 5].

Fracture was reduced with the help of ACL zig and under C- Arm guidance, provisionally fixed with guide wire from superolateral portal taking care not to cross physis. As it was a large fragment, it did not sit completely from medial side so another wire was used from superomedial portal to fix medial side of fragment perpendicular to lateral wire, again without crossing the physis. Two 3.5 mm partially threaded cannulated screws (Zimmer) were directly used; 45mm from lateral side and 35mm from medial side [Fig. 7]. Stability of the fragment was assessed with a probe and was found to be very stable [Fig. 6]. Post-operatively, patient was given a knee brace [Fig. 10].Post-op X-rays showed proper position of both screws [Fig. 8, 9 ]. He was allowed to walk full weight bearing with the knee brace and with support. Knee ROM from 0-90 was allowed for 2 weeks then 0-120 for next 2 weeks. After one month, he was allowed to walk without knee brace. At 6 months, patients was allowed to run. Now we have 8 months follow-up.

Discussion
Arthroscopic fixation of displaced tibial spine fracture is a standard procedure [8, 9]. Commonly tibial spine is fixed either with cannulated screws or strong non absorbable sutures. In patients with open physis, injury to physis is a serious concern as it may lead to various growth disturbances [10, 11]. In patients with open physis, suture fixation is considered safer than cannulated screw fixation but even suture fixation requires drilling through the physis which may damage it. Incidence of growth disturbances have been reported even with transphyseal suture technique which lead to development of transepiphyseal suture technique. But both transphyseal and transepiphyseal suture techniques are quite complex and require more time as compared to screw fixation technique. Prolonged immobilisation of knee after any technique can lead to arthrofibrosis [12]. Thus, strong fixation and early mobilization are the key to success. Biomechanical studies on strength of various fixation techniques have produced mixed results [5, 6, 7]. In porcine model, Egger & colleagues demonstrated that fiber wire( Arthrex) suture were superior to Ethibond suture ( Ethicon) and 1 or 2 ante grade cannulated screws in single and cyclical loading protocol. In bovine model, Mahar and colleagues found no difference between Ethinond suture, bioabsorbable nails, single bioabsorbable screw or single metal screw in an ultimate failure test. In cyclical loading test, Tsucada and coworkers found a statistically significant difference in displacement favoring cannulated screw over Ethibond suture. In cases of comminuted fractures, suture technique is preferred as screws are unlikely to provide adequate fixation[5, 6, 7]. In this case as this was a large fragment, we used two cannulated screws ( Zimmer) perpendicular to each other holding only in epiphysis for fixationthus, avoiding any risk of physeal damage. These self tapping screws are directly used after provisional fixation with guidewire as no drilling is required. Perpendicular configuration of two screws provides a strong construct which helps in early mobilization. We started full weight bearing mobilization in post knee brace from second post op day. For first two weeks, knee ROM from 0-90 was allowed which was increased to 120 for next two weeks. Patient was allowed to walk without brace after 1 month. Thus, arthroscopic fixation with two cannulated screws perpendicular to each other is a simple technique providing very strong construct and, allowing early mobilization.

Conclusion
Arthroscopic fixation of tibial spine fracture in patients with open physis with two cannulated screws perpendicular to each other is a very simple technique providing a strong construct, allowing early mobilization without risk of damage to growth plate.

Clinical Message
Arthroscopic fixation  of tibial spine fracture in patients with open physis with two cannulated screws perpendicular to each other is very strong construct, allowing early mobilization  without  risk of damage to growth plate. 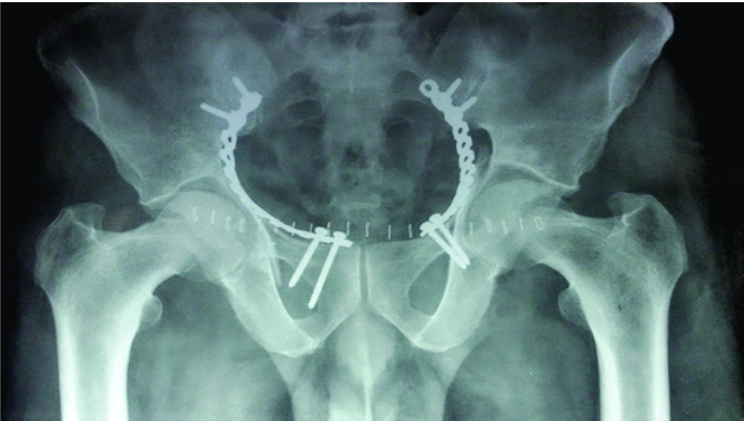 Salvage of a Below Knee Amputation Utilizing Rotationplasty Principles in a Patient with Chronic Tib... 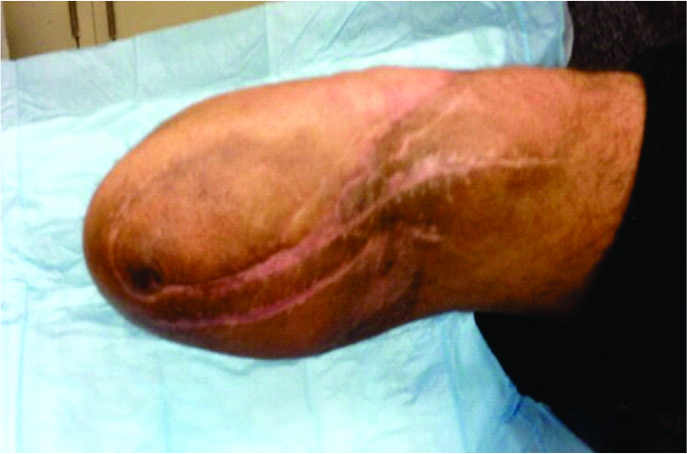 The Popliteal Vein Thrombosis in A Pediatric Patient: A Case Report.... 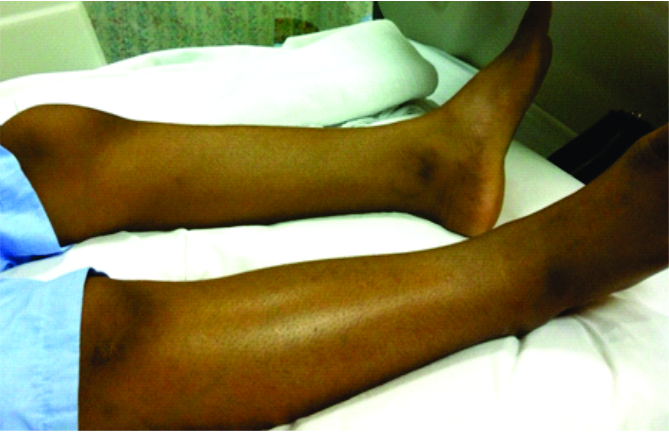 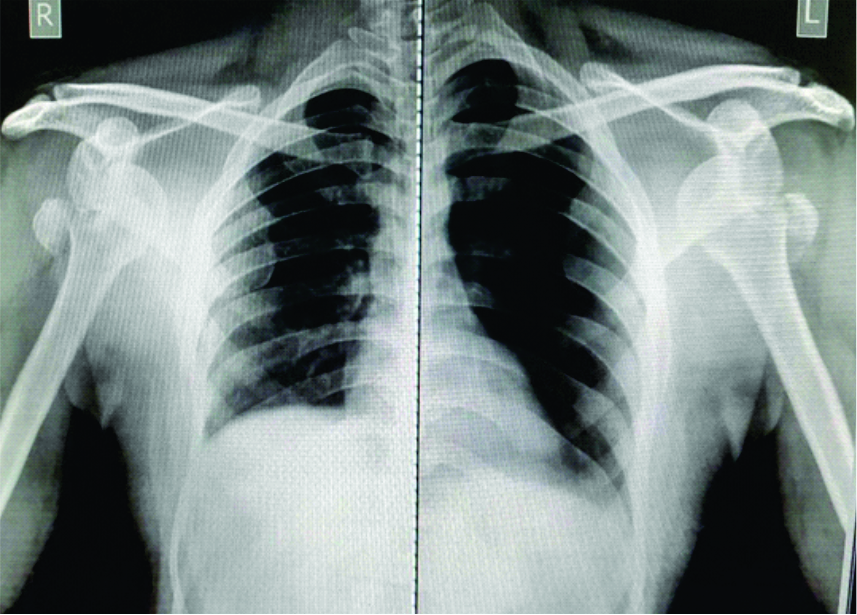