Scar tissue formation can be one of the causes of knee pain following unicompartmental knee arthroplasty.

It has been reported that the Oxford unicompartmental knee arthroplasty (Oxford UKA、Biomet、Warsaw) has good long-term outcomes for Western and Japanese patients [1.2] and lesser frictional polyethylene wear [3]. Our department has performed the Oxford UKA since 2004. The clinical outcomes have been good, and out of 350 patients, at present only one patient has required conversion to total knee arthroplasty (TKA).
Alternatively, several reports have described reoperations after Oxford UKA because of postoperative knee pain, and it has been reported that reoperations, including conversion to TKA, has been required for various reasons such as lateral compartment arthritis, loose implants, bearing dislocation, tibial fracture, lateral meniscus injury, osteonecrosis, and synovitis [4-6]. Diagnosis of the causes leading to the requirement of conversion to TKA requires the careful evaluation of clinical and image findings, therefore postoperative unexplained pain persists in 5–8% [4,5,7] of patients and diagnosis can be difficult.
Furthermore, some reports indicate that the formation of intra-articular soft tissue can cause pain following TKA such as patella clunk or soft-tissue impingement [8,9]. Takahashi et al. found that eight patients had abnormal soft tissue formation in the patellofemoral joint following TKA, and indicated that all patients improved after arthroscopic surgery. However, to the best of our knowledge there are no reports of soft tissue related pain following UKA.
Therefore, we describe a case of painful intra-articular scar tissue formation caused by residual cement fragment following UKA, which showed considerable improvement after arthroscopic resection.

Case Presentation
A 64-year-old man presented with medial osteoarthritis of both knees. He underwent Oxford UKA on each knee on the same day. The surgery on both sides was performed by the same experienced senior surgeon. Postoperative radiographs of his left knee showed that the femoral and tibial implants were placed properly and there were no loose cement fragments. Postoperative course was good and the patient was discharged at three weeks walking alone. He was able to work without pain for one year after surgery. At that time, pain developed on the anterior knee surface of the left knee, and at two and a half years after surgery, the pain became localized around the medial margin of the patella of the left knee. Additionally, the pain intensified at the same site with twisting movements. The symptoms led to suspicion of soft-tissue-mediated pain, and a local anesthesia injection temporarily achieved complete pain relief. However, the patient’s symptoms subsequently persisted, and an additional surgery was scheduled. Preoperative range of motion of the left knee was 0–140° and there was no marked swelling of that joint. There was pain and tenderness at the medial margin of the patella, pain when standing from a bending position, and pain during twisting movement. The radiolucent line was verified beneath the tibial components in both knees one year after surgery on plain radiographs and we diagnosed it as physiological radiolucency [10] because it was no more than 2 mm thick and was surrounded by sclerotic margin. No enlargement of the radiolucent line was evident before additional surgery. (Fig.1). The arthroscopic operation was performed two and a half years after primary UKA. The surgical findings showed that scar tissue extending from the intercondylar area to the posterior part of the infra-patella fat pad covered the anterior surface of the femoral implant to the anterior groove of the implant, and we were able to confirm that the scar tissue was in contact with the femoral implant (Fig.2). While surgically removing the scar tissue, a 3 mm diameter cement fragment was identified in the scar tissue and this was removed along with all of the scar tissue (Fig. 2B,2C). After arthroscopic surgery, the symptom disappeared immediately, and at present, two years after the additional surgery, there has been no recurrence of symptoms and the pain has disappeared.

The patient was informed that his data would be submitted for publication, and he gave his consent for the same.

Discussion
We describe a patient requiring removal of painful intra-articular scar tissue caused by retained cement fragment, because of anteromedial pain following UKA. We assumed that the cause of pain might be intra-articular soft tissue, because pain was localized from the anterior surface of the knee to the medial patella. Furthermore, local anesthesia injection to the area of pain temporarily yielded complete pain relief, and showed considerable improvement after arthroscopic resection. The fact that patient had been completely asymptomatic for several months after primary UKA and additional arthroscopic surgical findings implied that the new soft tissue had come into contact with the femoral implant causing irritation. Through the same mechanism as medial patella plica, scar tissue causes a fibrotic reaction as a result of irritation [11], which is thought to have caused the pain in the current case and scar resection considerably relieved the pain. During the past 10 years, painful soft tissue formation occurred in 0.3% (one of 350) patients undergoing the procedure, and this is a relatively rare phenomenon. As mentioned above, to the best of our knowledge, there are no reports of new painful intra-articular soft tissue formation following UKA.
The rare painful scar tissue formation in this case was assumed to be caused by a retained loose cement fragment. Lucas et al. claimed that foreign bodies are one cause of new intra-articular soft tissue formation in TKA and the fact that the symptoms in our patient only developed on one side, despite surgery on both knees, led us to assume that retained cement was involved in the scar tissue formation [8]. However, this theory was an assumption, because we could not have histological findings of resected soft tissue.
Many reports have described complications due to loose cement fragments following UKA [12-14]. Complication from such fragments in UKA was first reported by Berger et al. [12], after which Howe et al. [13] reported four cases of pain and swelling from 2–14 months following minimally invasive UKA, and Jung et al. [14] reported a patient who developed severe pain and hemarthrosis six months following surgery. However, in our patient, the cement fragment was not loose, but covered with the scar tissue, which differs from previous clinical symptoms caused by the direct contact of a loose cement fragment.
Depending on the diagnosis of the cause of post-UKA pain, it may be improved with arthroscopic surgery. Additionally postoperative MRI isn’t a useful diagnostic tool because of halation generated by implants following UKA. Arthroscopic surgery was performed in our patient, because intra-articular soft tissue formation was speculated to be the cause of pain. Pandit et al. [4] reported seven cases of arthroscopic surgery following Oxford UKA for meniscus damage in four patients, osteonecrosis of the lateral femoral condyle in one patient, and synovitis in two patients, and found that symptoms improved in all patients except for the patient with necrosis. Similarly, Bergeson et al. [5] reported seven cases of arthroscopic surgery following Oxford UKA, and indicated that the underlying causes were retained cement, lateral meniscal damage, or synovitis. This shows that in a small number of cases, treatment by arthroscopy without conversion to TKA will alleviate symptoms. In our patient we were also able to alleviate symptoms immediately through arthroscopic surgery alone.
Additionally, conversion to TKA should be avoided with the physiological radiolucent line proposed by Goodfellow et al. [10,15] often observed just below the tibia implant on postoperative plain radiograph. It can be mistakenly interpreted as looseness, resulting in revision surgery in some patients. The accurate diagnosis of pain following UKA is also important to avoid such unnecessary revision procedure.

Conclusion
We have reported on a case of painful intra-articular scar tissue formation following UKA, which improved considerably after arthroscopic scar tissue resection for the first time. 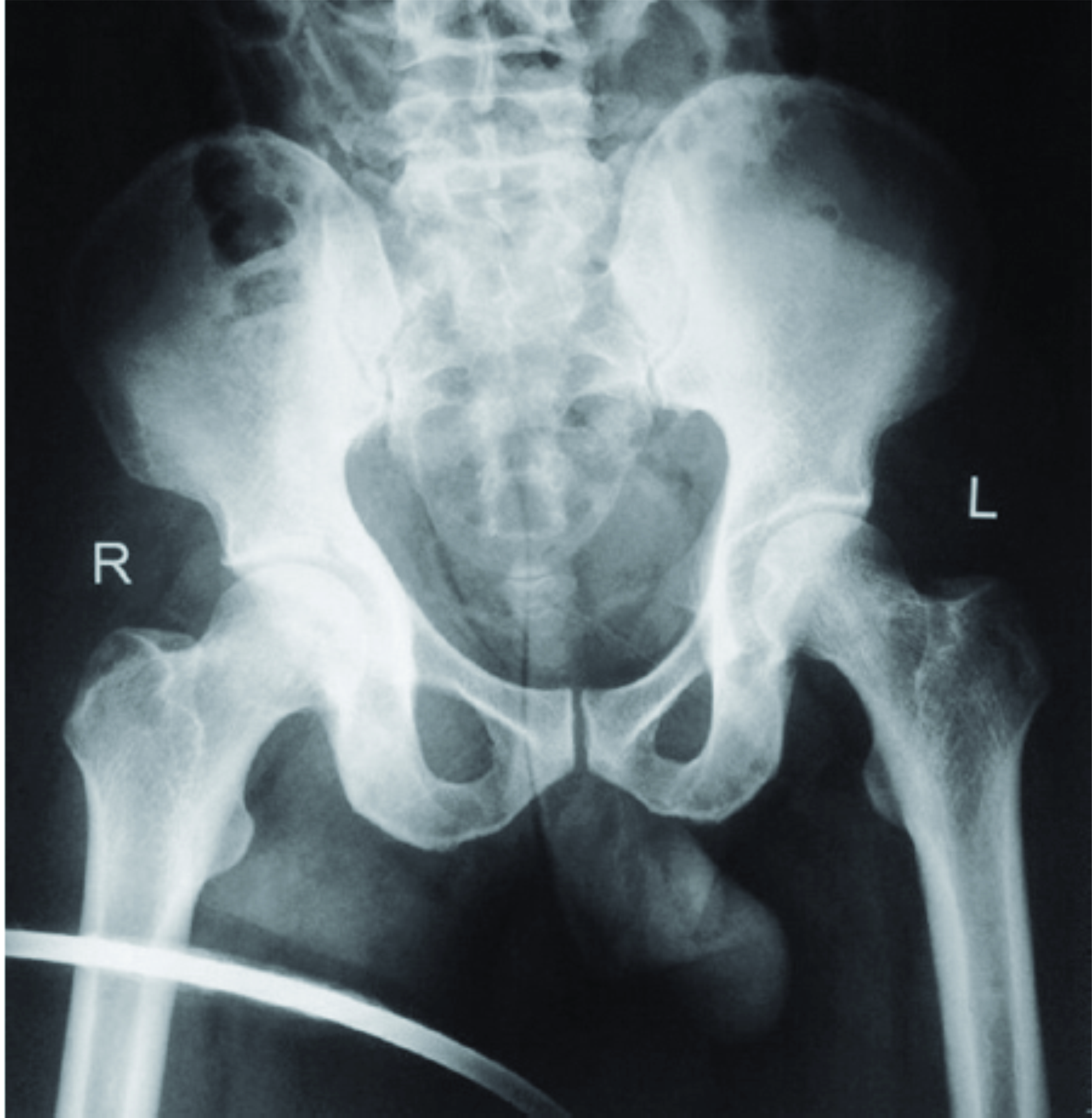 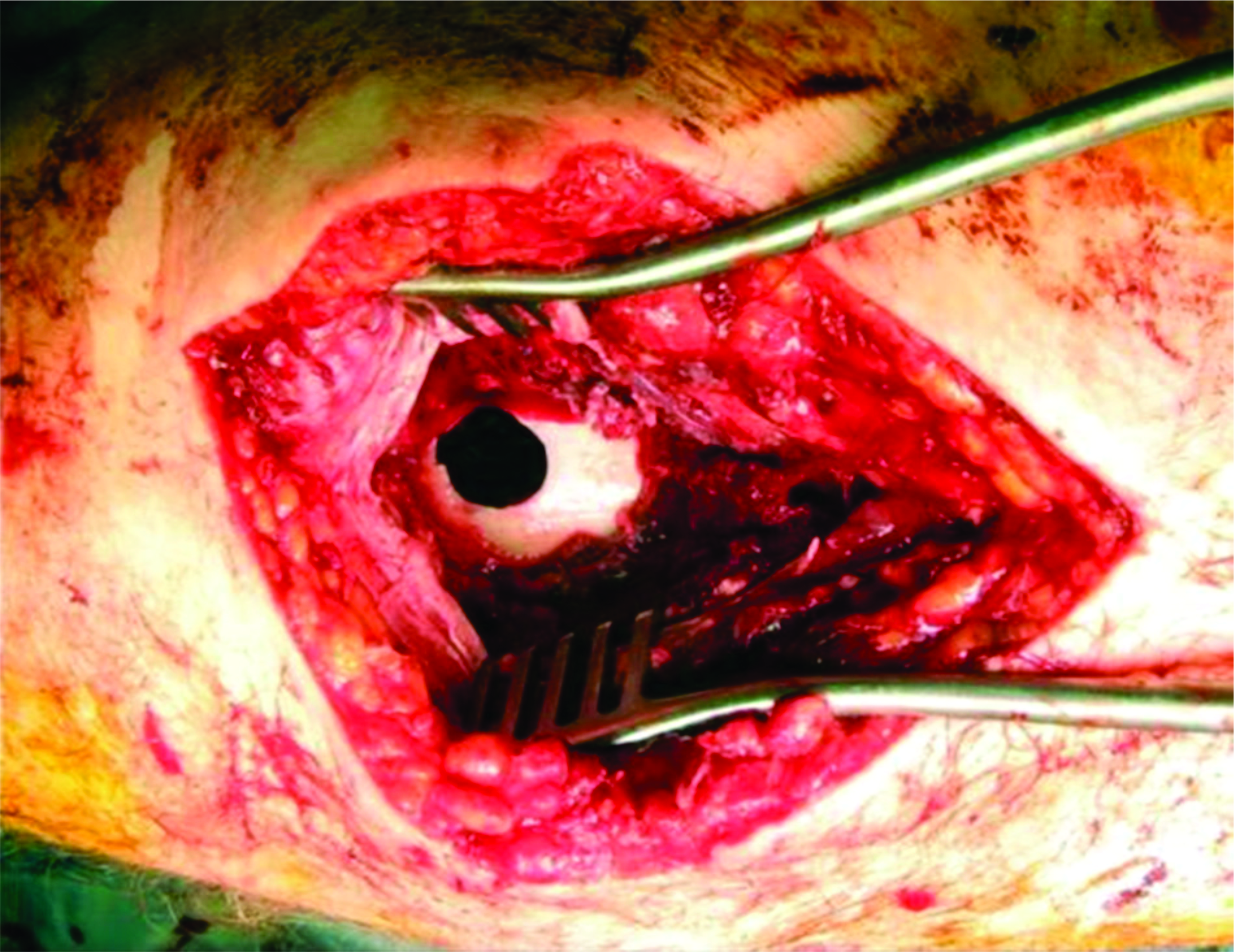