Hyperplasia of lamina and spinous process is a rare congenital anomaly, and only a few such cases have been reported in literature. The possibility of such anomalies should be considered for any bony swelling in the midline of the vertebral column.

Introduction: Congenital variants of the cervical spine may mimic traumatic lesions and may cause recurrent episodes of pain. The spectrum of cervical variants includes persistent apophyses of the transverse processes, persistent epiphyses, vertebral platyspondylia, vertebral hypoplasia, and dysplasia of the vertebral arch. Furthermore, abnormalities of the spinous process have been described including doubled spinous processes and hypertrophies. Unilateral hyperplasia of a spinous process is a rare finding that has only been described rarely as case reports.
Case Report: We report a 9-year-old male child who was referred to us with swelling in the posterior aspect of the neck. Anteroposterior and lateral radiographs of the cervical spine show an elongated left spinous process in the neck at the level of C5 vertebrae. There was an associated hemivertebra at the C4 level. Computed tomography examination better depicted this congenital variant and clearly showed the associated schisis of the posterior arch as well as unfused spinous process at the same level on the left side. This is a very rare congenital anomaly and probably among the few such cases reported in literature.
Conclusion: Rare congenital spinal abnormalities including unilateral hyperplasia of a spinous process have to be kept in mind as a differential diagnosis in patients with posterior midline neck swelling and recurrent episodes of cervical neck pain.
Keywords: Spine, congenital, cervical spine, computed tomography, vertebral schisis

Congenital cervical spine abnormality is not a rare entity. Children with non-traumatic cervical spine abnormalities constitute a diverse and challenging group of patients [1]. Cervical spine abnormalities are associated with a variety of pathologies such as Klippel-Feil syndrome, Morquio syndrome, diastrophic dwarfism, spondyloepiphyseal dysplasia, and osteogenesis imperfecta [2]. Examples of relatively common disorders of the cervical spine include persistent apophysis of the transverse process, vertebral platyspondyly, fusion of vertebral bodies at various levels, and vertebral hypoplasia [3]. Congenital abnormalities of the transverse and spinous processes are often incidental radiological findings rarely associated with clinical findings, namely, pain or constitute esthetic problems. In this case report, we present a very rare congenital spinal anomaly, unilateral hyperplasia of lamina and spinous process of C5 vertebrae associated with vertebral schisis at the same level, and a hemivertebra one level above. This is an extremely rare congenital anomaly, and only a few such cases have been reported in literature.

Case Report
A 9-year-old patient was referred to us with a complaint of posterior cervical mass which was noted by parents since birth. The swelling was located in midline of the neck posteriorly (Fig. 1a). Parents had noted a gradual increase in size of the swelling from last one year and hence became concerned, partly because of cosmetic reason. There was no history of trauma, constitutional symptoms, pain, and neurological symptoms. There was no sideway tilt noted at the time of examination. The swelling was more prominent on flexion, and there was no restriction of movements. Bilateral shoulder movements as well as grip strength of both hands were also normal. On clinical examination, there is a hard palpable, immovable posterior cervical mass measuring 4 cm × 3 cm. Overlying skin and subcutaneous structures were normal. There were no local color changes or increases in temperature. On examination, there was no neurological deficit associated with the mass. Radiographic assessment of the cervical spine with lateral radiograph revealed an elongated and abnormal shaped spinous process of C5 vertebrae (Fig. 1b). Anteroposterior radiograph of the cervical spine showed an abnormal bony curvature of the cervical spine due to C4 hemivertebra formation (Fig.1c). Computed tomography (CT) scan of the patient performed with a dual-slice spiral CT-Toshiba Asteion showed hyperplasia of lamina and spinous process of C5 vertebrae (Fig. 2a). Associated non union of the elongated C5 spinous process was noted (Fig. 2b). The density of the bony overgrowth appears normal. The spinous process was arching posteriorly toward the left side and was noted to lie above the muscular plane posteriorly. Spinal canal dimensions on axial CT scan were within normal limits. The hemivertebra of C4 vertebra was also better defined on CT scan (Fig. 2c). Three-dimensional CT reconstruction images of cervical spine were also generated to delineate the anatomy (Fig. 2d). Magnetic resonance imaging (MRI) ruled out associated spinal cord anomalies. There was no associated soft tissue swelling or any other visible mass. Surgical intervention was requested by the parents of the patient in view of increasing size which was becoming a cosmetic issue. The patient was as such unaware of his problem and was not concerned. Due to the limited nature of the patient’s complaints, only excision of the elongated spinous process at the level of pseudoarthrosis was done with ease through posterior approach without any complication (Fig. 3), and specimen was sent for histopathological examination, which was unremarkable. Discussion
During the vertebral column’s development, various deformities can emerge. Unilateral hyperplasia of lamina and spinous process of C5 vertebrae is a very rare anomaly. Only a few cases of hyperplasia of C6 lamina and spinous process have been reported [3, 4].
The development of the vertebral arch begins in utero during the third to sixth gestational week and is completed by the second decade where fusion of the secondary ossification centers are completed. The cause for unilateral hyperplasia of lamina and spinous process is unknown but is usually asymptomatic and detected incidentally. The schisis defect observed is probably due to the non-union of the secondary ossification centers of the spine (which usually completes in the second decade). There is also a case report showing hyperplasia of the C7 spinous process in a 24-year-old woman published in the year 2007 [5]. Occurrences of cervical hemivertebrae are described very infrequently in literature and are usually diagnosed in the childhood. Commonly they occur in the lumbar and thoracic spine with associated congenital scoliosis. Symptomatic children with cervical hemivertebra have been treated by excision of the hemivertebra and fusion of the affected spine level [6, 7]. The indication for surgery was scoliosis and esthetic aspects in all cases. Surgery led to satisfying results in correcting the angle of scoliosis [7]. Even children under 5 years of age have also been surgical candidates if the hemivertebra cause neurological signs from severe angulation of the spine, narrowing of the spinal canal or instability of the spine. It is presumed that occurrence of cervical or thoracic hemivertebra is associated with significantly more intraspinal abnormalities, compared to lumbar localization [8]. This hypothesis is exemplary supported by the report of a cervical hemivertebra with associated cervical intradural lipoma [9]. In addition, cardiac and urogenital anomalies might occur. We did not note any such abnormality in our patient, nor was scoliosis noted on inspection.

Conclusion
We describe the first case of marked hyperplasia of C5 lamina and spinous process. We suggest that in dealing with abnormalities involving the lower cervical spine, the possibility of anomalies such as giant spinous process or unilateral hyperplasia of the arch should be considered and the treatment planned accordingly. A hemivertebra of the cervical spine does not always lead to a significant visible scoliosis. In cases of adjacent level disease with nerve root compression, the surgical treatment strategy has to be chosen individually.

Clinical Message
The clinical message is that the hyperplasia of the spinous process is a rare cause of swelling in the midline of neck. Sophisticated investigations such as MRI and CT should be carried out to study associated nerve root compression and anomalies of the adjacent or same vertebra. 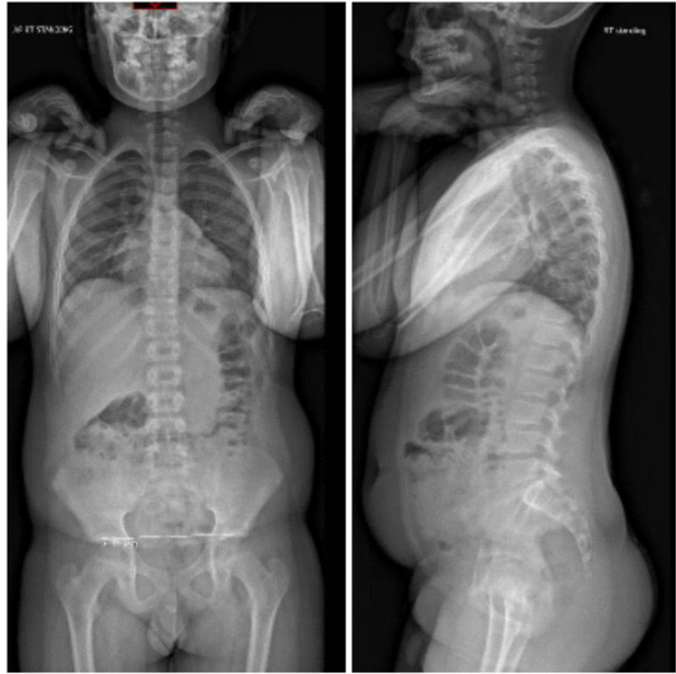 Spinal Brucellosis: A Case Report and Review of the Literature... 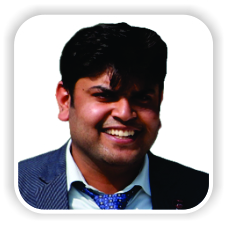 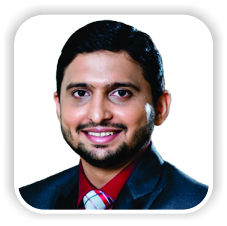 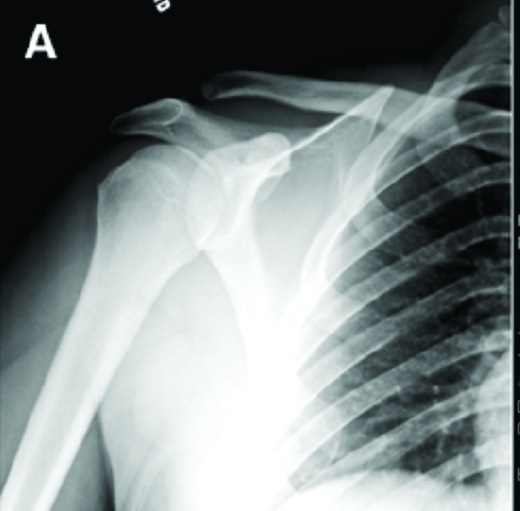