To not miss concomitant ligamentous injuries in a knee and the subsequent management of these injuries.

Introduction: Acute concomitant rupture of both anterior cruciate ligament (ACL) and patellar tendon is a rare injury. The diagnosis of either of the injuries may be missed on clinical examination in the emergency room. A high index of suspicion is necessary when active extension is absent, and necessary investigations like ultrasound or magnetic resonance imaging (MRI) should be done to confirm the diagnosis. There are no fixed treatment protocols in these injuries. The options include immediate repair of patellar tendon with either simultaneous or delayed reconstruction of ACL.
Case Report: We present a case of 30-year-old man with simultaneous ACL and patellar tendon injury sustained in a RTA, riding pillion on a bike. The mechanism of injury was a direct blow on his flexed right knee followed by landing on the ground, on his foot with a twisting valgus thrust. Following clinical examination and radiographs, MRI was done which showed complete patellar tendon mid substance rupture and ACL tear. A staged procedure was planned, and the patient was taken up for immediate patellar tendon repair. This was followed by 5 weeks of cast immobilization. After 6 weeks, the knee was mobilized and ACL reconstruction was done using hamstring graft. At last, follow-up, the patient regained full knee extension and flexion up to 120° with normal gait.
Conclusion: High-velocity knee injuries have to be carefully evaluated for such concomitant tears, as they may be missed. If suspected, an immediate ultrasound scan or MRI should be done to confirm the injuries, especially that of the patellar tendon. As of now, a staged procedure comprising immediate patellar tendon repair followed by ACL reconstruction at a later date seems to be the better option of treatment.
Keywords: Patellar tendon, anterior cruciate ligament, extensor mechanism.

Introduction
Acute concomitant rupture of anterior cruciate ligament (ACL) and patellar tendon following trauma is a rare injury [1]. A review in 2016 found about 27 such cases reported so far in literature [2]. There is a high chance of missing one of the injuries [3, 4]. This necessitates thorough clinical examination to evaluate the integrity of the extensor mechanism when the degree of suspicion is high and its confirmation using ultrasound or magnetic resonance imaging (MRI). The treatment protocol for such injuries is not fixed, with some authors favoring immediate repair of patellar tendon and delayed reconstruction of ACL to prevent arthrofibrosis of the joint [3, 5, 6, 7, 8, 9]. While others favor a single stage surgery [4, 10, 11, 12], where the patellar tendon repair and ACL reconstruction is done in the acute setting. We present a case with such clinical findings and the successful two stage treatment procedure undertaken in our set up.

Case Report
A 30-year-old male presented with severe pain and inability to move his right knee following injury in a RTA. The mechanism of injury was a direct force on his flexed knee while riding pillion on a bike, followed by a twisting valgus knee injury with foot landing on the ground. He was brought to the emergency and evaluated for the injury. On clinical examination, abrasions were noted over the anterior aspect of the knee (Fig. 1a and b). A subtle dip was noted on the patellar tendon region and patient was unable to move his knee. Due to severe pain, further clinical examination was not possible. Radiographs revealed patella Alta (Fig. 1c and d). An urgent MRI was done to evaluate all the injuries of the knee. MRI confirmed the presence of patellar tendon injury along with ACL tear and Grade 1 medial collateral ligament sprain (Fig. 1e and f).

The patient was planned for immediate extensor mechanism repair, followed by ACL reconstruction at a later date. Under anesthesia, Lachman’s test and anterior Drawer’s test were found to be positive. A longitudinal incision skirting around the abrasion was made over the right knee. Intraoperatively, the patellar tendon and extensor retinaculum were found torn (Fig. 2a). The patellar tendon was torn at its mid portion and was attached end to end using prolene 1-0 (Fig. 2b).

The extensor retinaculum was repaired using Vicryl 1-0. Following closure, the limb was immobilized in a slab. A cylindrical cast was applied after suture removal and kept for a further period of 3 weeks, during which the patient was taught isometric quadriceps exercises. The cast was removed at 5 weeks post repair and knee were mobilized using continuous passive motion and active assisted exercises. Once active full extension with flexion up to 120° was attained by the patient, arthroscopic ACL reconstruction using hamstring graft was done at 6 weeks. The ipsilateral hamstrings graft was harvested and prepared (Fig. 3a and b). The tunnels were drilled using the transtibial technique. The femoral side was fixed using cross pins and tibial side using bioabsorbable screw. Postoperatively patient underwent routine post ACL reconstruction physiotherapy followed at our institute. In the immediate post-operative period, a hinged brace was provided with flexion permitted up to 90° and closed chain exercises were initiated. This was followed by partial weight bearing at 4 weeks, and open chain exercises were started after 3 months. At 6 months post injury, the patient has regained full function of the knee including complete active extension and flexion up to 120°, with full weight bearing and stability (Fig. 4a and b).

Discussion
Simultaneous rupture of ACL and patellar tendon is a rare injury, which requires considerable force [1]. It is uncommon to miss either of the injuries, in these cases [3, 4]. Subtle signs like patellar tendon defect, loss of extension and patella Alta on radiographs should be looked for in suspicious cases. The mechanism of injury is still not completely understood [2]. The most accepted mechanism is an eccentric quadriceps contraction with the weight bearing knee partially flexed. The resulting anterior translation of tibia due to quadriceps contraction may result in ACL tear. The anterior translation of tibia also causes a loss in tension of the patellar tendon. This loss of tension leaves the patellar tendon more susceptible to injury [2, 3]. With the knee flexed, stresses on the extensor mechanism are greater on the patellar tendon, and a large force may cause the tendon to rupture [3]. A direct knee trauma may cause anterior tibial translation, resulting in a similar sequence of ligament injuries. Most of these injuries are sports related, but motor vehicle accidents have also been reported [4, 7].
These injuries are also commonly associated with meniscal tears and collateral ligament injuries. McKinney et al. [13] found in their retrospective study that about 30% had additional injuries when patellar tendon tears occurred due to high-velocity injury. The most common additional injuries were ACL and medial meniscal tears.
There is unanimous agreement on immediate extensor mechanism repair in these cases, as the timing of patellar tendon repair and its post-operative function are closely related [1]. There is still no consensus on the timing of ACL reconstruction and no gold standard exists as of now [2]. The advantages of an immediate ACL reconstruction are reduced the treatment time and early addressal of any meniscal and chondral damage, if present. The potential complications of immediate ACL reconstruction are extravasation and arthrofibrosis [14]. The presence of hemarthrosis and acute inflammation in the acute setting can predispose to poor outcome in ACL reconstruction [15]. The rehabilitation of patellar tendon repairs and ACL reconstruction is also different. The patellar tendon repair needs a more conservative post-operative course with cast immobilization for about 4-6 weeks. While the ACL reconstruction protocol involves progressive range of movement exercises and aggressive rehabilitation. A modified protocol in the presence of treating both injuries simultaneously can potentially jeopardise the recovery of either of the ligaments.
A two stage procedure enables the separate rehabilitation protocols necessary for both the ligaments. However, any potential meniscal or chondral damage remains unaddressed in the acute setting, leading to a potentially compromised outcome. However, in the absence of any meniscal or chondral injury, it seems safer to undertake a staged procedure in these cases.
Our patient sustained the injury in a motor vehicle accident, and the mechanism was direct trauma followed by valgus twisting injury. It is likely that the direct trauma led to the patellar tendon tear, and the secondary valgus twist resulted in the ACL injury. The treatment was two staged with immediate repair of the patellar tendon and delayed ACL reconstruction at 6 weeks. The patellar tendon was repaired using end to end sutures, and no encirclage wire was used. This avoided a secondary surgery necessary to remove the wire. As there was no meniscal or chondral injury reported on the MRI done on the day of injury, it was decided to go ahead with a staged procedure. The separate rehabilitation protocols for both the ligaments were successfully undertaken in our patient. As these injuries are rare and have not been reported domestically, we present this case of successful two stage procedure undertaken in our hospital.

Conclusion
A staged procedure seems to be the better treatment of choice in cases of concomitant ACL and patellar tendon injuries. An immediate patellar tendon repair is necessary for a good outcome. ACL reconstruction may be done once knee flexion up to 110° is attained, and complete active extension is possible. The separate rehabilitations of ACL and patellar tendon are not affected. Complications of extravasation and arthrofibrosis encountered in cases of immediate reconstruction are avoided if the procedure is done in a staged manner. If the MRI scan initially shows a reparable meniscal or chondral injury, then a combined early intervention may have to be planned to address the injury.

Clinical Message
A thorough clinical evaluation is necessary in every knee injury, to rule out these concomitant injuries and any degree of suspicion warrants an immediate ultrasound or MRI scan. In any case, patellar tendon repair has to be done as soon as possible for good results. A staged procedure comprising immediate patellar tendon repair and delayed ACL reconstruction seems to be ideal in such cases. 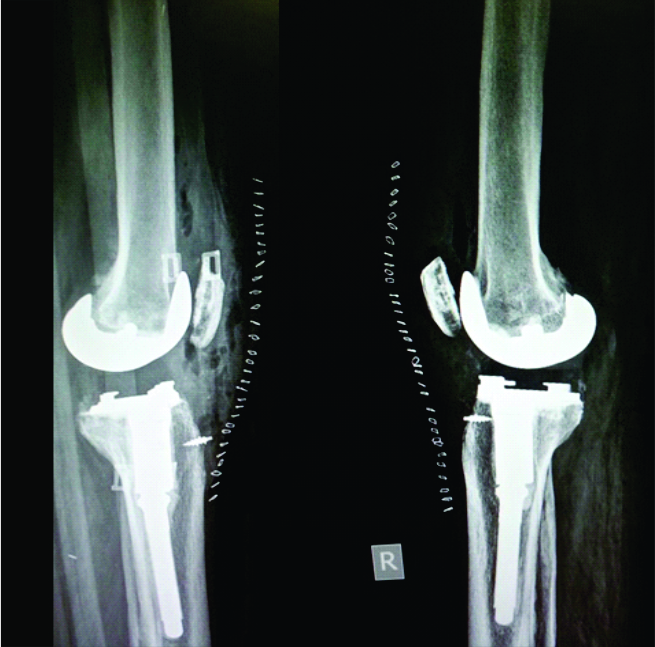 Avulsion Fracture of the Anterior Intercondylar Eminence in an Eight-year-old Child: ACase Report... 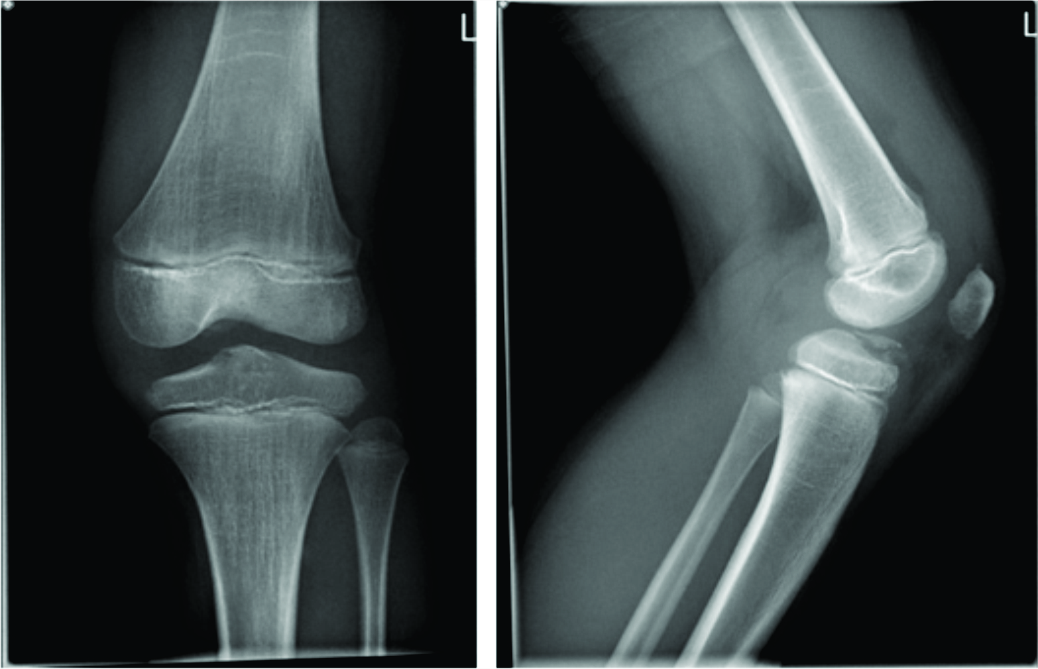 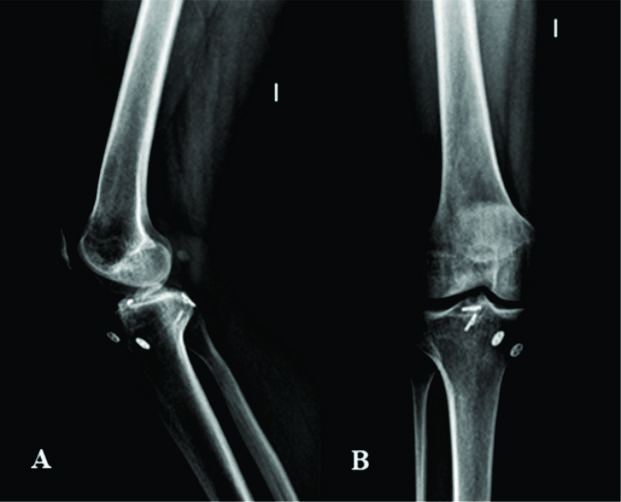 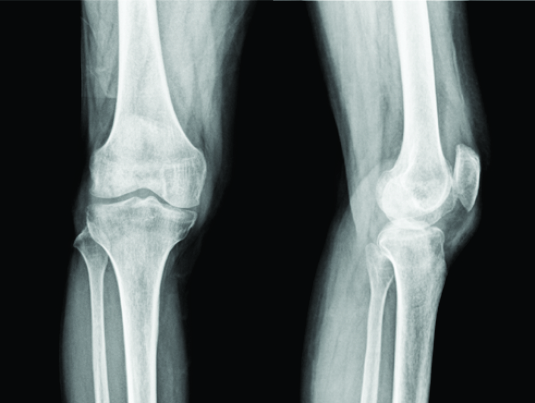