Calcium Lysinate is having better efficacy and bioavailability compared to calcium Citrate malate and calcium carbonate.

Introduction
Osteoporosis is a skeletal disorder characterized by a decrease in bone mass, compromised bone strength, and an increase in bone fragility predisposing to fracture [1]. It is an important health problem in Western and developing countries; in the United States alone, it is estimated that 10 million people have osteoporosis, whereas 18 million people have low bone density (having osteopenia) placing them at risk of this disorder [1, 2]. Osteopenia is characterized by bone loss that is not as severe as osteoporosis. Osteopenia patients land up in osteoporosis sooner or later. If we are able to identify and treat osteopenia at an early stage, we can prevent the complications that occur due to osteoporosis. Many factors influence bone health, but osteoporosis is viewed as a calcium deficiency disorder in which bone is resorbed to maintain the serum calcium levels when the excretion of calcium is not getting balanced by calcium absorption [2, 3, 4]. Calcium from the diet is absorbed primarily in the intestine and is the essential nutrient for attaining the peak bone mass during adolescence and for the prevention and treatment of osteoporosis [1]. Recommendations of daily dietary calcium intake range from 400 to 1200 mg per day depending on age and gender. This has been issued by many governmental and non-governmental organizations in many countries [1, 5]. Since many of the modern diets which we consume do not provide the recommended levels of calcium, dietary calcium supplements have been recommended for the prevention of osteoporosis in the elderly. It is also being recommended for other medical conditions including hypertension, hypercholesterolemia, and cancer [6]. Many forms of dietary calcium supplements are widely available in market, but products containing calcium citrate and calcium carbonate are the most common [5, 6, 7]. Over the past 20 years, the absorption of calcium from various forms of dietary supplements has been studied by various methods. Few studies have shown the more soluble calcium citrate to be better absorbed than the relatively insoluble calcium carbonate, whereas others have shown the opposite result, and still other studies have found no significant difference [8, 9]. The lack of consensus between these two important forms of calcium supplements has been ascribed in part to the differences in study design, differences in the analytical methods, and genetic and other factors that differ between individuals [9, 10]. Calcium lysinate is a chelate of calcium and an amino acid, L-lysine which is an essential amino acid and is actively absorbed from the intestinal tract. The European Food Safety Authority concluded that the use of calcium lysinate used in food supplements as a source of calcium is not of safety concern at the proposed use levels. Calcium lysinate chelate consists of calcium bonded to two molecules of lysine. Calcium lysinate provides the bioavailable calcium higher than the other calcium salts. Certain calcium supplements that are not chelated have been shown to interfere with the absorption of some other minerals, particularly with iron. Unlike these sources of calcium, calcium lysinate does not ionize in the gut, thus eliminating the potential to interfere with iron absorption. L-lysine can both enhance intestinal Ca absorption and improve the renal conservation of the absorbed Ca. The combined effects may contribute to a positive Ca balance, thus suggesting a potential usefulness of L-lysine supplements for both preventive and therapeutic interventions in osteoporosis [11,12]. Therefore, the study aims to compare the relative oral bioavailability of calcium from a single dose of calcium lysinate to that of calcium citrate malate (CCM) and calcium carbonate and to evaluate the efficacy of the different calcium supplements in improving the bone mineral density in osteopenia patients.

Aim and objective:
The aim of this study is as follows:
1. To evaluate the efficacy of calcium lysinate in comparison to other calcium supplements in improving the bone mineral density (BMD) status in osteopenia patients.
2. To compare the bioavailability and safety of calcium lysinate (CALNIFIT) with that of the standard drugs calcium carbonate (SHELCAL) and CCM. 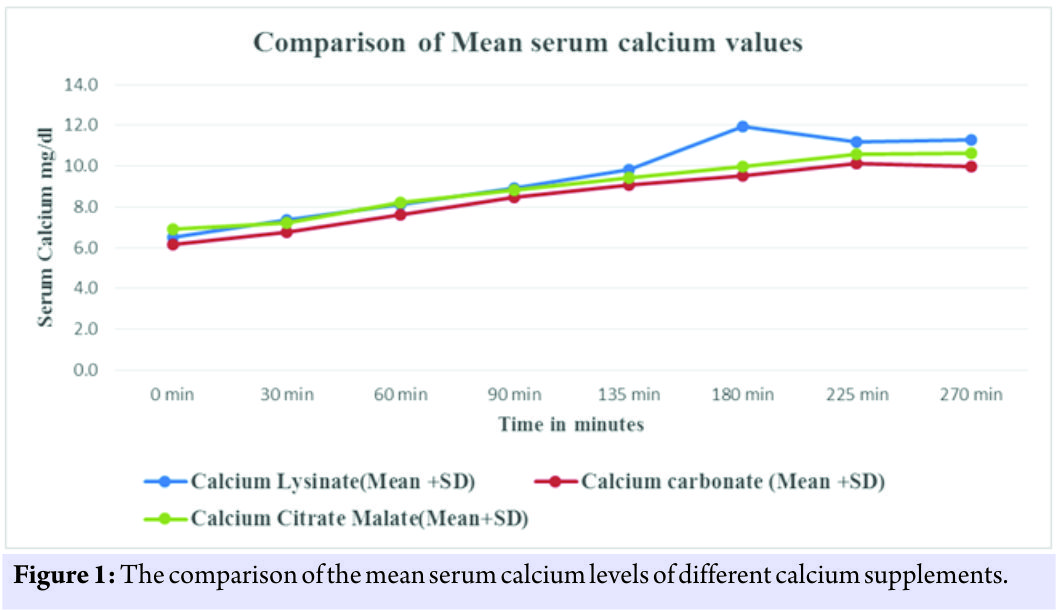 Methodology:
The study was conducted over a duration of 6 months from July 2017 to December 2017 at a Clinical Research Organization (Quest Life Sciences) in Chennai after getting Ethics Committee approval from an Independent Ethics Committee (Ethica Norma). Both male and female subjects with an age group of 40–70 years, who are diagnosed to have osteopenia using a BMD T-score (score between −1.0 and −2.5), were included in the study. Calcaneal BMD was assessed using CM.200 light instrument. Subjects who had a presence of any other comorbid disease conditions, smoking, and alcohol or drug dependence and subjects who were allergic to any of the calcium supplements such as calcium lysinate, calcium carbonate, and CCM were excluded from the study.

A total sample size of 24 (considering this as a pilot phase 2 study) osteopenia patients were enrolled in the study after screening 80 subjects for their BMD scores. Participants who satisfied the inclusion and exclusion criteria underwent general and systemic examination followed by laboratory tests for complete hematological, biochemical, and urine analysis, electrocardiogram, and chest X-ray. Only subjects who were not suffering from any comorbid conditions, with the mentioned normal laboratory test profiles, normal ECG, and chest X-ray were enrolled in the study. Eligible subjects were randomly (computer-generated randomization) divided into three groups of eight subjects in each. We selected subjects of similar age group (30–40 years range with male and female equally distributed). There was no statistically significant difference in the demographic data between the groups. The study participants were kept in overnight fasting for 10 h on the day 1 of the study. Anyone of the study drug, namely, calcium lysinate (CALNIFIT), calcium carbonate (SHELCAL), and CCM was administered to each subject in the morning at the same time of the day based on the randomization generated along with 240 ml (8 ounces) of water. During the subsequent 4.5 h after tablet ingestion, subjects were allowed water ad libitum, but no other beverage or food was allowed until after the last blood sample was collected. Venous blood samples for the determination of serum calcium were taken immediately before ingestion of the calcium preparations (time 0) and at 30, 60, 90, 135, 180, 225, and 270 min post-dose on the day 1. Blood samples were processed in ERBA CHEM 5, using semi analyzer method to determine the serum calcium levels, based on which the area under the curve (AUC) (absorption profile) and relative bioavailability were calculated. The subjects were then advised to take the respective calcium tablets according to their classified groups on a daily basis for a period of 8 weeks and they were followed up once in every 2 weeks for compliance check. Efficacy was evaluated statistically by assessing the improvement in BMD T-score of osteopenia at the end of 8 weeks, by means of paired student t-test using GraphPad Prism version 5.0. Pharmacokinetic calculations were made using Winnonlin software 6.4 version. 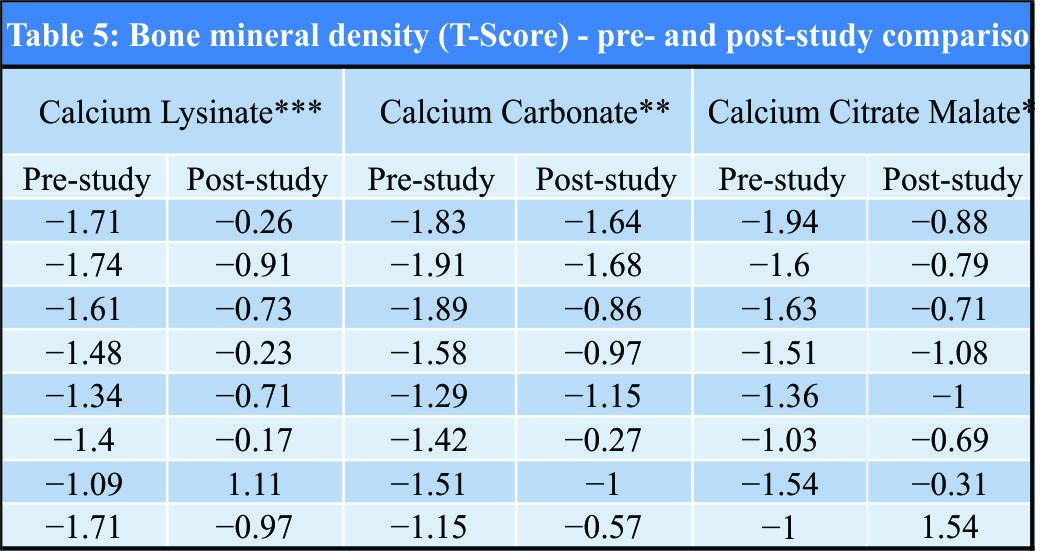 Result:
After administration of CCM, serum calcium concentrations rose slowly but steadily reaching a plateau approximately above baseline by 180 min post-dose. At 225 and 270 min post-dose, the increases following CCM were significantly greater like that of calcium carbonate (Table 1). After calcium lysinate administration, the time profile of serum calcium was strikingly different compared with the other two treatment groups (Table 2 and 3). As early as 30 min post-dose, serum calcium had risen by 13%, and by 60 min, it reached a plateau value about 24% above baseline that was maintained from 60 to at least 180 min post-dose, after which there was a rise in serum calcium which again came back to a plateau around 225 and 270 min post-dose (Fig. 1). The relative oral bioavailability of the test when compared with the reference SHELCAL was calculated using the formula: F= AUC T *Dose R/AUC R * Dose T (F=43.9 * 500/39.3 * 250). Relative Bioavailability, F=223.15% (Table 4). Error! Not a valid link. Paired t-test (two tailed) was applied between pre- and post-BMD of calcium lysinate group. P < 0.0004, which is highly significant*** (t = 6.381 df = 7), (Table 5). P < 0.0042 for calcium carbonate group which is also statistically significant **(t = 4.161 df = 7). P < 0.0069 for CCM group which is also statistically significant *(t = 3.776 df = 7). There is a significant improvement in the T-score of BMD in all the groups. It was more significant in calcium lysinate group (Fig. 2). Five subjects reported symptoms of abdominal bloating and belching during the 1st week of the study period, which resolved on its own. Of the five subjects, three belonged to calcium carbonate group and one each belonged to calcium lysinate and CCM group.

Conclusion:
Dietary supplementation with calcium may be necessary for the good health of individuals and is also widely practiced. The fact that calcium lysinate gave substantially significant increase in serum calcium concentration, higher AUC for the mean serum calcium concentration, and a significant improvement in the BMD T-scores than the other form of calcium supplements such as calcium carbonate or CCM suggests that calcium lysinate may have considerable promise for use as a new dietary calcium supplement.

RELATED POSTS
An Unusual Presentation of Hip Pain in a Patient with Known Hyper-IgE Syndrome and Multiple Calcifie... 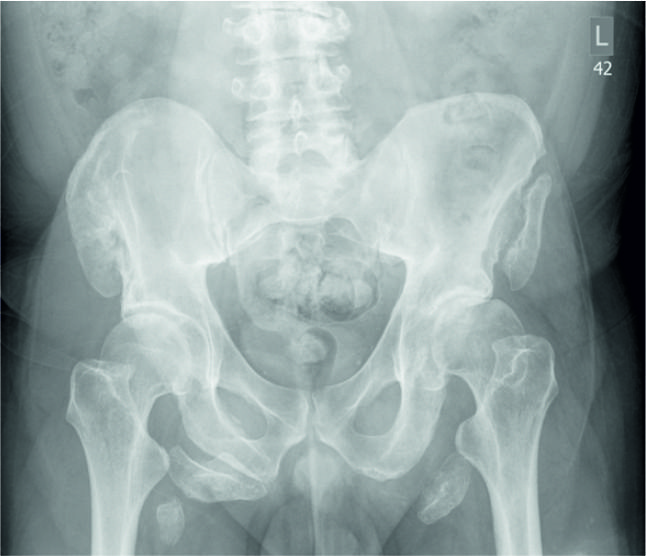 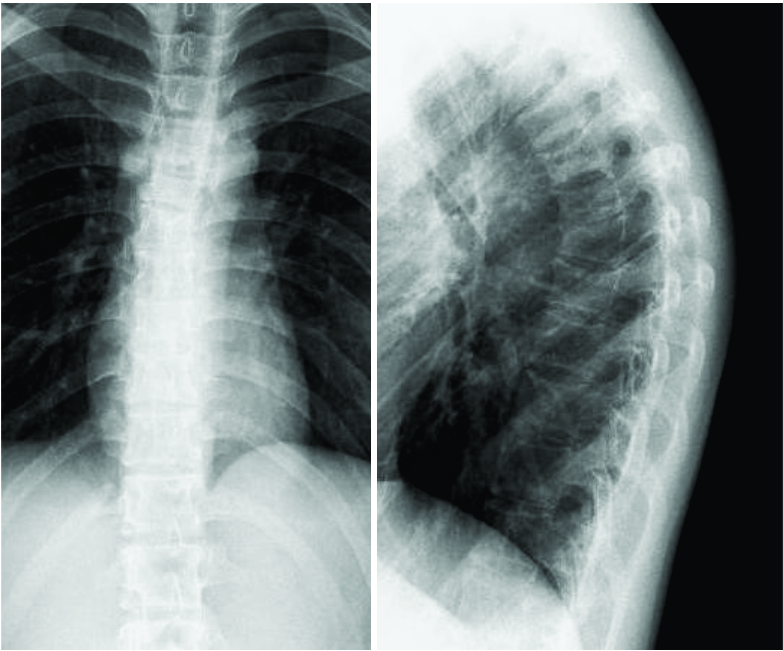 Peri-implant Atypical Fractures Associated with Bisphosphonates: Should this Clinical Entity be Incl... 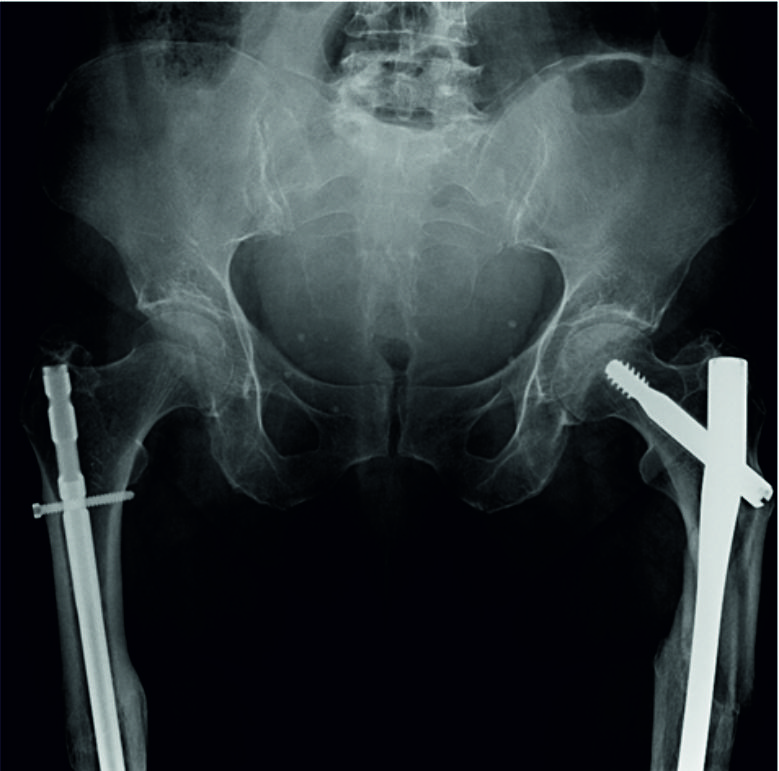 An Unusual Case of Giant Cell Tumor of the Distal Tibia... 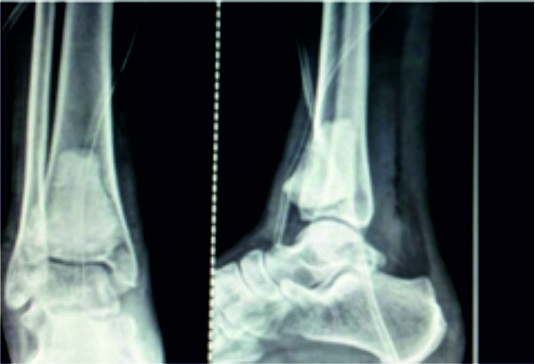