Implant-associated Hoffa’s Fracture in a Floating Knee: A Case Report and Review of Literature

Complex floating knee in the presence of a previous implant creates an unusual fracture pattern which poses a unique challenge in management and subsequent rehabilitation.

Introduction: Complex floating knee in the presence of a previous implant creates an unusual fracture pattern which is a rare entity and poses a unique challenge in management and subsequent rehabilitation.
Case Report: A 56-year-old psychiatric patient who jumped from height had a polytrauma and a floating knee injury. Following the primary care and damage control surgery with knee-spanning fixator at some other centers, he was shifted to us on ventilator care and was directly admitted to intensive care unit for further management. On presentation, it was a floating knee injury with gross comminution of both femur and tibia with associated Hoffa with bent implant in situ. It was managed by plating of both lower end femur and tibia and at the end of 6 months, showed a satisfactory outcome.
Conclusion: Floating knee injuries further complicated by the presence of the previous implant in a polytrauma situation poses a unique challenge which requires meticulous surgical planning and prolonged rehabilitation to achieve satisfactory outcome.
Keywords: Floating knee, Hoffa, polytrauma.

Introduction
Floating knee injury is a high-velocity trauma and can be associated with systemic injuries to chest, abdomen, or head [1] or local complications in the form of injury to neurovascular structures [2], or knee ligamentous disruption [1] or there can be compounding [3]. Floating knee in a previous operated limb is a difficult situation and further, if the implant is in situ, it poses a unique challenge. This case report highlights such a scenario. The precise incidence of floating knee is not known, it is a relatively uncommon injury and the presence of associated Hoffa fracture with floating knee is a rare entity. The largest series of floating knee consists of 222 patients over an 11-year period [4]. Hoffa fractures were first described as a coronal fracture of femoral condyle by Friedrich Busch but were later named by Albert Hoffa in 1904. Hoffa fracture can involve either condyle but most commonly involve lateral condyle [5]. The exact mechanism of Hoffa fracture is not known. Lewis et al. [6] suggested that axial load applied to the knee when the knee is in 90° or more flexion produces posterior tangential fractures.

Case Report
A 56-year-old diabetic, hypertensive man on antipsychotic medications who jumped from about 30 feet height, sustained polytrauma and was admitted in a local hospital. After initial resuscitation and advanced trauma life support (ATLS) care, he was intubated and put on ventilator support. He was diagnosed with bilateral hemothorax and his right lower limb X-rays showed fracture lower one-third femur with extensive metadiaphyseal comminution and fracture ipsilateral proximal tibia extending to metaphysis. A locking distal femoral locking plate was present and had bent (Fig. 1). As per records, he had 3*2 cm wound on anterior aspect of thigh which was thoroughly washed, debrided, and sutured and damage control [7]surgery was done in the form of knee-spanning fixator (Fig. 2) and the patient was put on intravenous antibiotics. He stayed in the intensive care unit (ICU) for 7 days, after which he was shifted to our center. As a part of repeat evaluation, all his necessary X-rays were retaken (Fig. 3) which revealed resolution happening in bilateral hemothorax. The right lower limb X-rays revealed knee-spanning external fixator with fracture of lower end femur and proximal end tibia with bent implant in situ (Fig. 2).

The patient was kept in the ICU till he was fit for subsequent intervention and appropriate treatment in the form of intravenous antibiotics and deep vein thrombosis prophylaxis was given. During this period, the patient had low-grade fever, but his inflammatory markers were normal and the wound over the thigh was healthy. On the 8th day, he was taken up in the operation theater with intubation on. Before removing external fixator, the wound present on anterior aspect of distal thigh was again debrided and found to be clean; then, the decision to proceed further was made and the external fixator was removed. The distal femur was opened through lateral approach using liberal skin incision (Fig. 4).

After splitting the distal part of tensor fasciae latae, the distal locking screws were removed.Since the plate was bent, a bone hook was used to pull out the proximal end of plate laterally. Now, the position of the proximal screws was marked under C-arm control using an artery forceps. Each screw head was cleared causing minimal muscle damage and they were removed in a minimally invasive fashion, thus preserving the biology of zone of comminution and the plate was gently levered out. Following implant removal, we identified that there was another fracture line in coronal plane just posterior to plate application in the articular block which was identified as lateral condyle Hoffa fracture. The articular reconstruction was first done and the Hoffa fracture was fixed using single partially threaded cancellous screw. Manual linear traction was applied to the limb after reconstructing articular block and grossly comminuted fragments were seen to be aligned, so no attempt was made to open the comminuted area. The length of the limb was maintained by giving linear traction and an electrocautery was used to ensure that the center of femoral head, patella, and second toe lie in same line and checked under C-arm to maintain the correct rotation of the limb. The longest available distal femur locking plate (A.O SYNTHES) in the set was slid in a MIPPO fashion bypassing the zone of comminution after reconstructing the articular block. Same incision was extended below knee to expose proximal tibia and the longest available lateral tibia locking plate(A.O SYNTHES) was slid in a MIPPO manner bypassing the comminution. Now, after fixing both the fractures, the knee was examined for ligamentous instability and it was found to be globally unstable in both the planes. Considering the gross comminution in both femur and the tibia, and the being an open fracture, it was decided to wait for ligamentous reconstruction till bony union was achieved. Wound was sutured in layers over negative drain and a long knee brace was given to the patient since the knee was unstable in both the planes.The patient was shifted out of theater in an intubated state. Immediate post-operative X-rays revealed satisfactory alignment of both fractures, (Fig. 5). During the next 7 days, the patient remained intubated and during this period, the passive movement of joints was given, the limb was elevated and the stitch line was carefully monitored. Once the patient was extubated on the 8th day, it was found that there was an associated foot drop which was missed preoperatively since the patient was in an intubated state. The foot drop splint was applied accordingly and physiotherapy in the form of guarded ROM and muscle strengthening exercises was started. We could not ambulate the patient as he had another fracture in the wrist in the recent past, (Fig. 6).

The wound healing was bit delayed but it was ultimately uneventful. An X-ray was taken at 6 weeks post-operative which revealed satisfactory alignment (Fig. 7) and toe touch weight-bearing with long knee brace was started under supervision of trained physiotherapists. The patient was further followed up at 1 month interval and during this rehabilitation period, special attention was given to his psychiatric care. At the latest follow-up of 6 months, the patient had radiological and clinical evidence of union (Fig. 8). At the last available follow-up,the ligamentous instability still persisted, and with long knee brace, he was able to stand and walk. The foot drop was also recovering and there was no extension lag and knee flexion was upto 90° (Fig. 9). At this moment, he was properly counseled and explained in detail about all the available options in the form of arthrodesis, hinged knee arthroplasty, and ligamentous reconstruction, but the patient opted for non-operative management in the form of long knee brace for the time being.

Clinical Message
Complex floating knee in the presence of a previous implant creates an unusual fracture pattern which is a rare entity and poses a unique challenge in management and subsequent rehabilitation. The choice of implant, the sequence of fixation, and the surgical approach depend on numerous factors such as patients general physical condition, associated comorbidities, soft tissue injury, available resources, and last surgical proficiency. 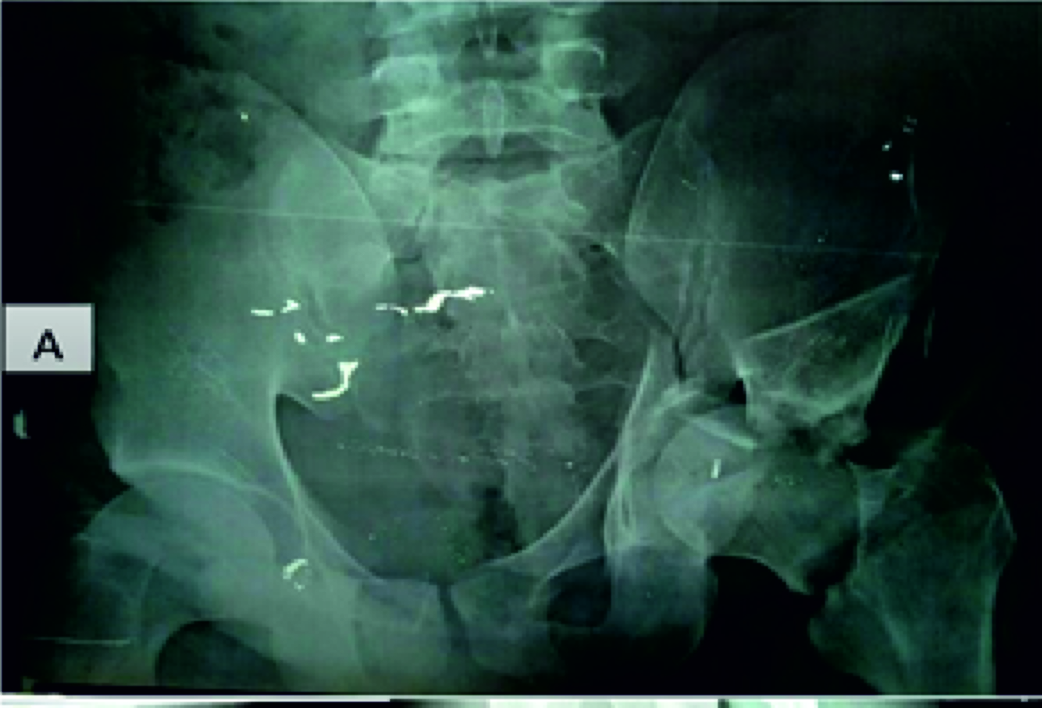 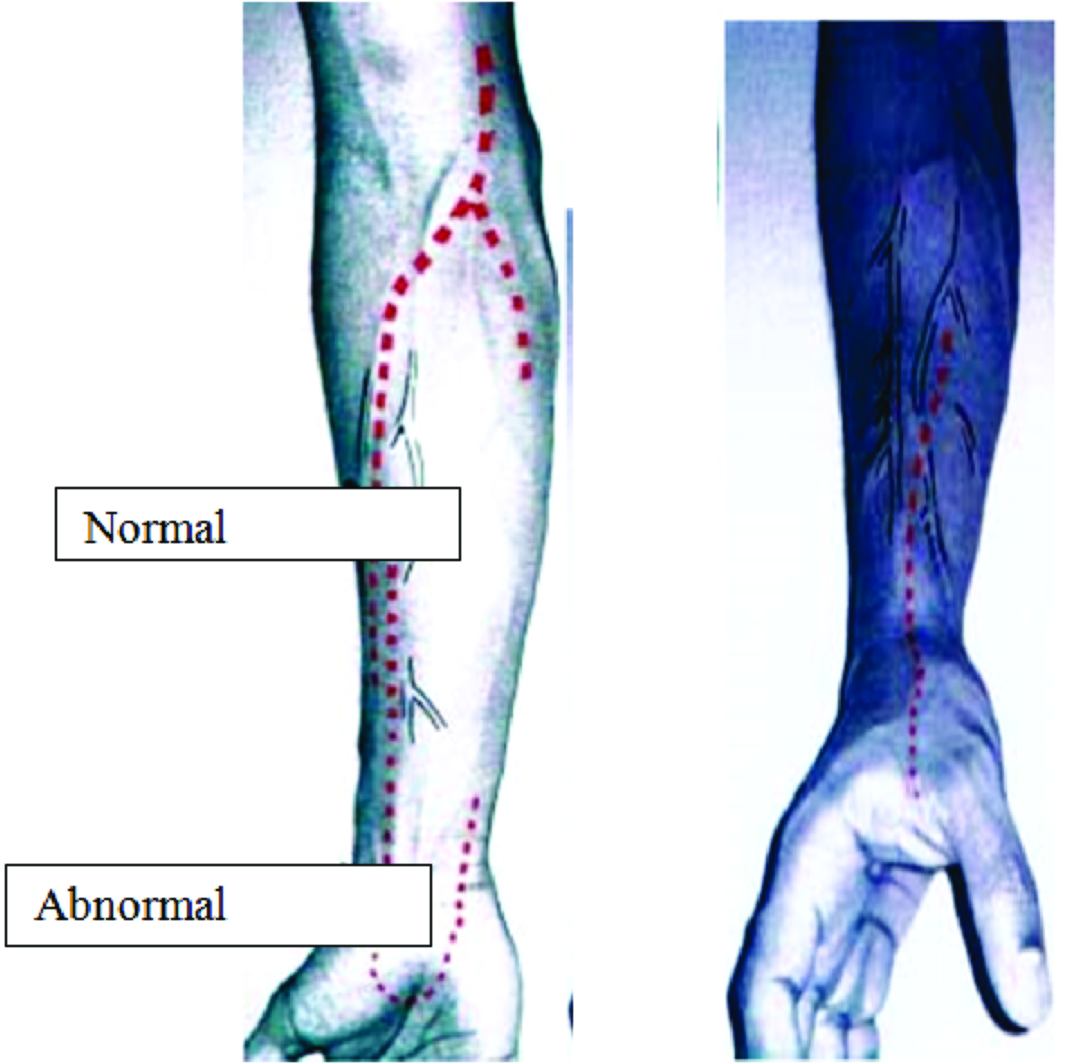 The Challenges of the Femoral Bone Loss in the Management of the Floating Knee IIB According Fraser:... 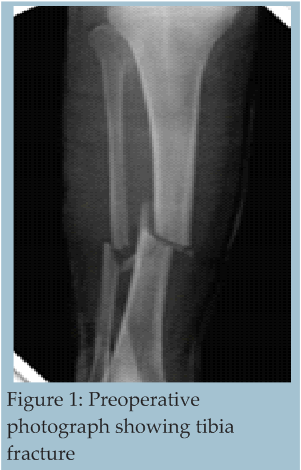