It is important to careful follow-up observation for Methotrexate-related lymphoproliferative disorder that developed in the lumbar spine even after remission.

Introduction: Previously, we reported a relatively rare case of methotrexate-related lymphoproliferative disorder (MTX-LPD) that developed in the lumbar spine. At present, we report the follow-up of that case, presenting with relapse of MTX-LPD.
Case Report: The participant was a 75-year-old woman who was diagnosed with MTX-LPD of the lumbar spine and in whom remission was obtained 6 months after discontinuing methotrexate (MTX). At 12 months after remission, elevated levels of soluble interleukin-2 receptor, lymph node swelling on plain computed tomography (CT), and fluorodeoxyglucose uptake on positron emission tomography CT were observed, and recurrent MTX-LPD was diagnosed. Doxorubicin, bleomycin, vinblastine, and dacarbazine therapy was initiated, and partial remission was obtained 6 months later.
Conclusion: In MTX-LPD, remission is often achieved following discontinuation of MTX alone; however, some patients do not improve, and some patients relapse, as seen in the present case. Such cases are treated using the standard regimen for the observed histologic subtype. Even after remission has been achieved, strict follow-up observation is needed for MTX-LPD. Furthermore, when signs of recurrence are observed during follow-up, practitioners should endeavor to cooperate with other specialists and act without delay.
Keywords: Rheumatoid arthritis, methotrexate, lymphoproliferative disorder, lumbar spine, oncology.

Introduction
For the treatment of rheumatoid arthritis (RA), methotrexate (MTX) has become one of the most frequently used agents among disease-modifying antirheumatic drugs. In Japan, MTX was approved as an oral agent for RA in 1999, and in 2011, the upper limit of the MTX dosage covered by health insurance was raised, after which it was used by even more patients. MTX-related lymphoproliferative disorder (MTX-LPD) was first reported by Ellman et al. [1] in 1991 as lymphoma arising in patients with RA receiving MTX. Thereafter, many reports about MTX-LPD were published, particularly from Japan, and MTX-LPD is listed in the 2008 World Health Organization histological classification of lymphoid neoplasms. Since MTX is increasingly being used for the treatment of RA as mentioned above, the incidence of MTX-LPD is expected to increase in the future. We previously reported a case of MTX-LPD that developed in the lumbar spine [2]. Bone marrow infiltration of the spinal column is very rare, and we could not confirm any cases of spinal column onset through a literature search. We report herein follow-up of our previous case, because the participant subsequently developed recurrent MTX-LPD, and upon initiating chemotherapy, partial remission was achieved.

Case Report
History and examination
The participant is a 75-year-old woman who developed RA at the age of 69 years, and after diagnosis, initiated treatment with MTX 6–10 mg/week. At age 73 years, the participant consulted our hospital with a chief complaint of low back pain, and lumbar spine magnetic resonance imaging (MRI) revealed a neoplastic lesion displacing the dural sac within the L1 vertebral body (Fig. 1). Laboratory results revealed that lactate dehydrogenase (LDH) levels were within the normal range at 211 IU/L; however, elevated C-reactive protein (CRP) (CRP; 2.09 mg/mL), soluble interleukin (sIL)-2 receptor (sIL-2R; 3,220 U/mL), and Epstein-Barr virus (EBV) immunoglobulin G antibody titers were observed. Biopsy was performed for the neoplastic lesion of the L1 vertebral body. Pathological examination revealed large lymphocytes with irregularly shaped nuclei, and nucleoli, which were stained using the Epstein-Barr encoding region in situ hybridization method, indicating EBV infection. MTX-LPD, subtype Hodgkin-like LPD, was diagnosed. After diagnosis, MTX was discontinued, and RA treatment was continued with tacrolimus (TAC) monotherapy. Eight days after discontinuing MTX, the participant’s pain was alleviated, and she was discharged to return home. At 1 month after MTX discontinuation, her IL-2R levels decreased to 565 IU/L, and contrast-enhanced computed tomography (CT) revealed reduced lymph node swelling. On MRI performed 3 months after MTX discontinuation, the mass displacing the dural sac in the L1 vertebral body had disappeared, and at 6 months, the CRP level was 0.11 mg/dL, LDH was 195 mg/dL, and sIL-2R was 543 IU/L, and no recurrence was observed on MRI and remission had been achieved (Fig. 2).

After remission, the participant visited the hospital regularly to undergo laboratory tests and imaging. At 4 months after remission, the arthritis symptoms caused by RA flared up, accompanied by CRP elevation to 5.52 mg/dL, so prednisolone 10 mg/day was initiated in addition to TAC, and the arthritic symptoms improved. At 12 months after remission, elevation of sIL-2R to 2,790 U/mL was observed, and contrast-enhanced CT revealed cervical lymph node swelling (Fig. 3), leading to a diagnosis of recurrent MTX-LPD.

Clinical outcome
TAC was discontinued, and rituximab treatment was initiated for MTX-LPD; however, on positron emission tomography CT (PET-CT) performed at 1 month after rituximab initiation, fluorodeoxyglucose (FDG) uptake was observed in the supraclavicular fossa, within the mediastinum, around the abdominal aorta and in the cervical spine, thoracic spine, scapula, sternum, ribs, pelvis, and proximal limbs (Fig. 4). Laboratory tests revealed elevated levels of CRP at 5.99 mg/mL, LDH at 260 IU/L, and sIL-2R at 9,960 U/mL; therefore, doxorubicin, bleomycin, vinblastine, dacarbazine (ABVD) therapy was initiated, consistent with treatment recommendations for Hodgkin lymphoma. At present, upon receiving six courses of ABVD therapy, at 6 months after treatment initiation, the participant has improved, with CRP at 0.03 mg/mL, LDH at 195 IU/L, and sIL-2R at 239 U/mL, and on PET-CT, no significant uptake of FDG was observed, suggesting partial remission has been achieved (Fig. 5).

Discussion
MTX is recommended in the Japanese RA treatment guidelines as an excellent anchor drug, and the frequency at which the drug is used increases each year. However, due care should be paid to serious adverse events such as interstitial pneumonia and bone marrow suppression. In recent years, MTX-LPD has been defined based on a pathology in which malignant lymphoma develops during MTX therapy, which, along with the associated characteristic clinical features, enters spontaneous remission upon discontinuation of MTX. While the detailed mechanisms underlying MTX pathogenesis remain unclear, the number of reports has increased rapidly. The characteristics of MTX-LPD include about 50% extranodular lesions, predominantly affecting female and EBV-positive patients, and presenting with diverse, complex histopathological subtypes [3]. With regard to the mechanism of MTX-LPD onset, it is inferred that both the immunologic abnormalities of RA and the immunosuppressive effects of MTX are involved. In RA, specific autoreactive T-cell clones are observed, leading to the production of autoantibodies, such as rheumatoid factor, by B-cells. Furthermore, upon administration of MTX, viral infection and asymptomatic viral infection can be reactivated due to its immunosuppressive effects, and it is inferred that this can induce clonal proliferation of immune cells [4, 5]. However, a high incidence of LPD is also observed in RA patients who are not taking MTX, and MTX-LPD occurs in EBV-negative patients, so whether MTX is a risk factor for lymphoma which remains controversial. Reports about the association between RA disease activity and age have been published [6]; Kameda et al. [7] observed a statistically significant difference in the dose of MTX alone as a risk factor for LPD in RA patients. Approximately 60% of patients with MTX-LPD have been reported to achieve spontaneous remission after discontinuing MTX; such remission is considered to be easier to achieve in EBV-positive patients compared with EBV-negative patients [8, 9]. When spontaneous remission does not occur following MTX discontinuation, chemotherapy and radiotherapy are considered based on the histological subtype. In the present case, although remission was obtained following MTX discontinuation alone, at 12 months after remission, sIL-2R levels were increased and recurrence of intranodal lesions was observed. Yoshihara et al. [10] reported that tumor disappearance was observed upon MTX discontinuation in only 14 out of 27 patients, 5 of whom experienced relapse, and in patients with particularly poor RA disease progression, 7 of 18 patients relapsed; moreover, in patients receiving TAC, 1 of 3 patients relapsed. These investigators reported that following RA relapse, immunosuppressive therapy with agents such as steroids, biologics, and TAC was markedly intensified compared to that given to patients without relapse, which could have reactivated EBV and led to LPD recurrence. At this time, TAC, an immunosuppressive agent, should be administered with caution, and in patients with highly active RA, we believe that selection of the therapeutic agent should be carefully considered in the event of LPD onset. No specific chemotherapeutic regimens are used for MTX-LPD, and the standard regimen for the histopathological type is often administered. In the present case, ABVD therapy was used due to the Hodgkin-like subtype, and partial remission was achieved 6 months after treatment initiation. For patients who experience MTX-LPD recurrence, we believe that adequate treatment results can be obtained by performing careful follow-up observation and referring to other specialties without delay in the event of recurrence. MTX-LPD often presents with extranodal lesions; therefore, when patients present with some kind of anomaly during MTX therapy, MTX-LPD should always be included in the differential diagnosis. In the present case, the initial symptom was lumbar pain caused by an extranodal lumbar spinal lesion. Biopsy was performed without delay, and after diagnosis, spontaneous remission was achieved by discontinuing MTX. However, during the 12 months after remission, LPD relapse occurred, and chemotherapy was initiated before the participant’s general condition deteriorated, resulting in the achievement of partial remission. MTX-LPD can relapse as observed in the present patient, and even after remission has been achieved, careful follow-up observation is needed. Furthermore, recurrence is suspected based on lymph node swelling and shifts in CRP, LDH, and sIL-2R levels during follow-up; in such cases, practitioners should endeavor to cooperate with other specialists and act without delay.

Conclusion
We experienced a case of recurrent MTX-LPD that developed in the lumbar spine. Spontaneous remission was achieved by discontinuing MTX; however, the participant relapsed at 12 months after remission. Upon initiating chemotherapy, a good outcome was obtained. Careful follow-up observation is needed for MTX-LPD patients even after remission has been achieved.

Clinical Message
We experienced a case of recurrent MTX-LPD that developed in the lumbar spine. When signs of recurrence are observed during follow-up, practitioners should endeavor to cooperate with other specialists and act without delay. 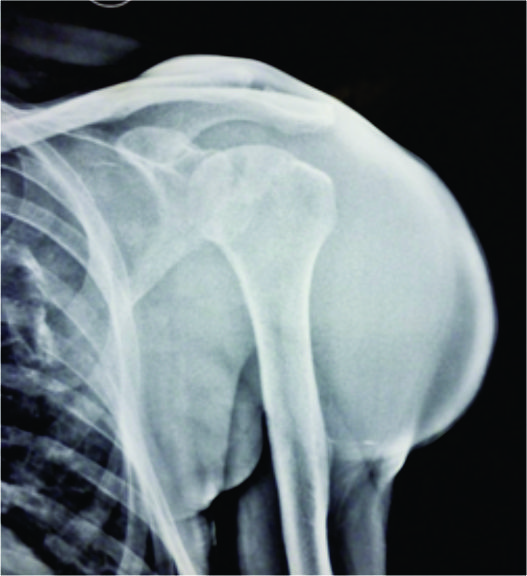 Acute Limb Ischaemia and a Disguised Pseudoaneurysm: A Rare Presentation of a Femoral Osteochondroma... 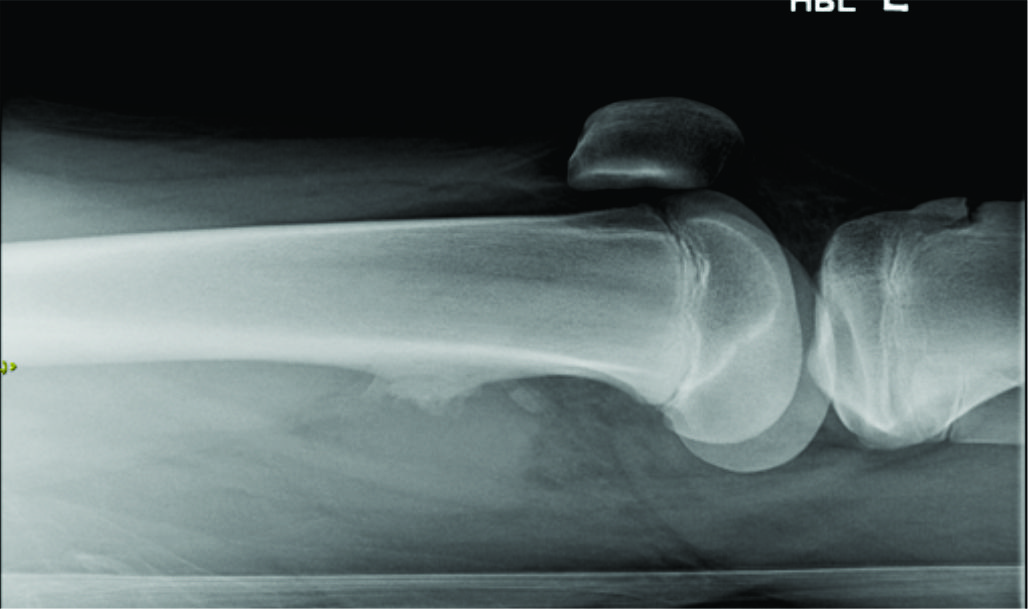 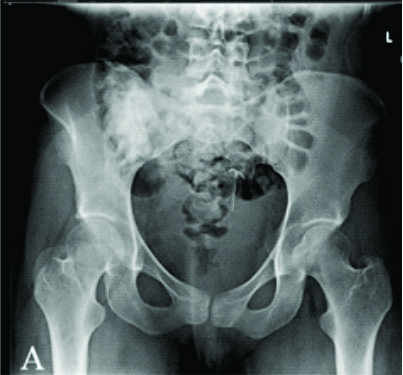 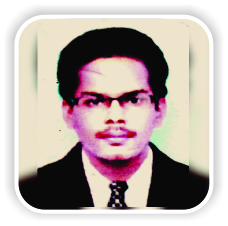