Isolated Septic Arthritis of the Hip Due to Fusobacterium Nucleatum in An Immunocompetent Adult: A Case Report and Review of the Literature

Introduction: Hip septic arthritis is more common in children than in adults. Staphylococcus aureus and Streptococcus spp. are commonly found in association with septic joints. In contrast, Fusobacterium nucleatum septic arthritis in adults is extremely rare. To the best of our knowledge, only five cases have been reported in the literature in English, and three of them were cases of periprosthetic joint infection. We report a rare case of hip septic arthritis due to F. nucleatum in an immunocompetent adult.

Case Presentation: A 56-year-old Asian man with a history of bilateral Perthes’ disease and mild alcoholic liver disease presented to our hospital complaining of worsening right hip pain and difficulty in walking for the previous 3 weeks. On presentation, his temperature was 38.7°C, and laboratory results showed a white blood cell count of 19 200 cells/µL and a C-reactive protein level of 43.56 mg/dL. Hip movements were limited due to pain. Contrast-enhanced computed tomography and magnetic resonance imaging showed fluid retention, suggesting infection. F. nucleatum was detected in the culture test from joint aspirate. Surgical drainage was performed 3 times in combination with antibiotherapy. Finally, we performed two-stage total hip arthroplasty, and the post-operative course was uneventful without implant loosening or infection relapse.

Fusobacterium species are Gram-negative anaerobic bacillus. They have been isolated from mainly oral and dental infectious diseases, brain abscesses, bacteremia, and soft-tissue infections [1, 2]. To date, a few authors have reported the isolation of Fusobacterium species from bone and joint infections [3]. Septic arthritis is an infection of a synovial joint due to the pathogenic inoculation of the joint (which may occur either directly or through the hematogenous route) and involves a potential risk of high morbidity and mortality [4]. Hip septic arthritis is more common in children than in adults, and Staphylococcus aureus and Streptococcus spp. are often found in association with septic joints [5]. There have been very few reports on septic arthritis caused by Fusobacterium nucleatum in adults [2, 6, 7, 8, 9]. Here, we report a very rare case of hip septic arthritis due to F. nucleatum in a male adult.

A 56-year-old man with a history of bilateral hip osteoarthritis due to Perthes’ disease and mild alcoholic liver disease presented to our hospital complaining of worsening right hip pain and difficulty in walking for the 3 previous weeks. On presentation, his temperature was 38.7°C, and laboratory results revealed a white blood cell count of 19.2 × 103 cells/L and C-reactive protein level of 43.56 mg/dL. The right hip experienced extreme pain on mobilization. Radiographs showed bilateral hip osteoarthritis due to Perthes’ disease (Fig. 1). Contrast-enhanced computed tomography showed fluid retention from the iliac muscle to around the right hip, and magnetic resonance imaging of the right hip was suggestive of septic arthritis (Fig. 2). Three-phase bone scintigraphy showed increased activity in all phases (Fig. 3).

The right hip was aspirated and specimens were sent for pathological and microbiological examination. We performed surgical drainage (on day 1). During the first phase of the procedure, we took three samples for analysis and all intraoperative biopsy samples were positive for F. nucleatum. One week after the first surgery (on day 8), we performed femoral head resection and added antibiotics to the cement spacer. In total, arthrotomy with debridement was performed 3 times (on days 1, 8, and 35). On admission, parenteral antibiotic treatment was started with meropenem. After confirming that the culture was positive for F. nucleatum, we started treatment with intravenous cefmetazole for 21 days. After the third procedure, we changed antibiotics to intravenous cefazolin and clindamycin due to a poor inflammatory response. Finally, we successfully performed two stage total hip arthroplasty (THA) on day 75 (Fig. 4). The post-operative course was uneventful with the oral administration of minocycline. The patient showed no evidence of implant loosening or infection relapse during the 3 years of follow-up.

F. nucleatum is a normal inhabitant of the oral cavity, female genitals, and gastrointestinal tract. It is often identified as the cause of oral infections, skin and soft tissue infections, and intraabdominal abscesses [6]. However, F. nucleatum septic arthritis in adults is extremely rare. To the best of our knowledge, only five cases of F. nucleatum septic arthritis in adults have been reported in the literature in English, and three of them were cases of periprosthetic joint infection (Table 1) [2, 6, 7, 8, 9]. While there are two reports of knee septic arthritis, this is the first case report of hip septic arthritis caused by F. nucleatum in adults. Lemierre disease is an oropharyngeal infection caused by F. necrophorum, which is complicated by sepsis, thrombosis of the internal jugular vein, and multiple metastatic infections, including septic arthritis [10]. Williams et al. [11] reported a case of Lemierre disease caused by F. nucleatum. In our case, no history of recent oropharyngeal infection or dental portal of entry was noted on clinical examination. There is some evidence supporting the idea that bacteria from a distant site such as the oral cavity could spread to the joints in cases of rheumatoid arthritis or osteoarthritis [6]. This patient had hip osteoarthritis and a history of Perthes’ disease, which may have contributed to the development of hip septic arthritis.

The diagnosis of F. nucleatum is sometimes difficult because of the difficulty in isolating the organism. In our case, F. nucleatum was only isolated from the sample when utilizing anaerobic conditions. We recommend that it is necessary to check for anaerobic cultures in patients with septic arthritis, because many physicians may not routinely submit anaerobic cultures of the synovial fluid. The treatment of hip septic arthritis in adults typically involves antibiotics and the removal of purulent tissue from the affected joint, either by arthrocentesis or surgical drainage [12]. Regarding antimicrobial therapy, β-lactam agents, clindamycin, and metronidazole are commonly used for treating Fusobacterium-related infections. However, there is evidence of emerging resistance to penicillins, carbapenems, and clindamycin in some Fusobacterium isolates [13, 14]. In our case, the isolate was resistant to penicillin. In previous reports regarding the treatment of septic arthritis due to F. nucleatum, four of the five cases were also treated with surgical debridement and antibiotic therapy (Table 1). Management of septic arthritis by arthroplasty using the present protocol involves two stage total joint replacement in the case of evolutive arthritis and one-stage total joint replacement in case of quiescent arthritis [15]. Since our case involved evolutive septic arthritis, we planned two-stage revision surgery. There are some reports about two-stage revision surgery for deep infection following septic hip arthritis where the first stage involves debridement and lavage of the joint, followed by resection of the femoral head and replacement of cement spacer antibiotics. We initially attempted to preserve the femoral head because the patient’s groin pain was not severe; however, eventually, we performed a femoral head resection and two-stage THA. This explains why surgical drainage was performed 3 times. There are several reports of THA after septic arthritis. Bauer et al. [16] reported that 26 of the 30 cases (87%) of evolutive septic arthritis were successfully followed up for a mean period of 5 years. Chen et al. [17] found a re-infection rate of 14% and a complication rate of 36% in 28 cases, at an average follow-up period of 77 months. In this case, there was no implant loosening or infection relapse after 3 years of follow-up, although further follow-up is warranted.

We treated a rare case of hip septic arthritis due to F. nucleatum with two-stage revision surgery in addition to a prolonged course of antimicrobial therapy based on susceptibility testing. The exact duration of therapy depends on sufficient debridement, the severity of illness, clinical response, and normalization of inflammatory markers. Clinicians should be aware that F. nucleatum could be the etiologic agent of hip septic arthritis in an immunocompetent patient.

F. nucleatum can be the cause of septic arthritis, even in an immunocompetent patient, requiring surgical debridement, and appropriate antibiotic therapy. As with other hip septic arthritis in adult, two-stage revision surgery is effective. 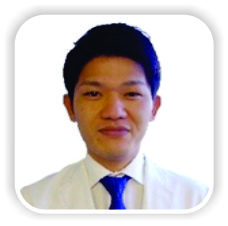 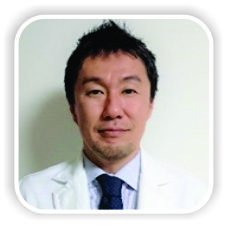 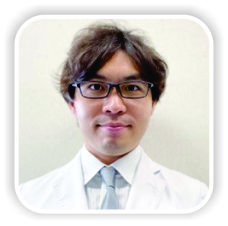 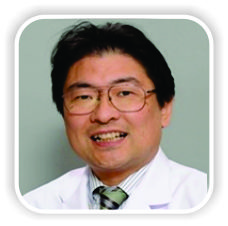 Dr. Katsunori Inagaki
How to Cite This Article: Nishi M, Yoshikawa Y, Kaji Y, Okamoto S, Inagaki K. Isolated Septic Arthritis of the Hip Due to Fusobacterium Nucleatum in An Immunocompetent Adult: A Case Report and Review of the Literature. Journal of Orthopaedic Case Reports 2021 April, 12(04): 37-40.
RELATED POSTS
A Rare Case of a Knee Septic Arthritis by Burkholderia pseudomallei : A Case Report from a Tertiary ...

Novel Use of the Muscle Sparing Anterolateral Approach for Septic Arthritis of the Native Hip Joint ...