Introduction: The cementless Oxford partial knee arthroplasty is associated with low perioperative complications and good long-term survival rates. However, perioperative fractures remain a serious morbidity for patients.
Case Report: This case report describes an early post-operative tibial periprosthetic fracture through the keel slot, which we believe may be contributed by the deep implant keel design and the presence of a narrow metaphysis in the Asian knee. The patient subsequently underwent a revision total knee replacement and fixation of the periprosthetic fracture.
Conclusion: This paper discusses the ways to identify patients at high risk of developing periprosthetic fractures and to minimize such occurrences, including adopting a modified tibial preparation, doing precise saw cuts, and considering a cemented tibial implant.
Keywords: Cementless, Oxford, unicompartmental, periprosthetic, keel.

Introduction
Unicompartmental knee arthroplasty (UKA) is a common and effective surgical treatment for end-stage unicompartmental knee osteoarthritis, amounting to about 5–10% of all knee arthroplasties done [1, 2, 3]. They have numerous advantages over total knee arthroplasty (TKA), including being a less invasive procedure, having less operative blood loss, shorter recovery time, lower complication rates, superior patient-reported outcomes, and reduced mortality [4, 5]. In the New Zealand Joint Registry, the cementless Oxford UKA (OUKA) has a 96% 10-year survival which is similar to that achieved by TKA [6]. Despite the numerous advantages, periprosthetic medial tibia plateau fractures form a relatively rare yet potentially serious complication in patients undergoing UKA [7]. Earlier literature reported the incidence of such fractures to be as high as 5% [8]. Periprosthetic tibial plateau fractures in cementless UKA are a potential complication of UKA that usually presents in the perioperative period. This usually occurs as a fracture line propagating at the lateral tibia tray bone junction due to a stress riser from an excessive sagittal cut [9]. Other mechanisms include propagation from the keel slot when the keel slot is too small, requiring forceful impaction for component insertion [10]. Known risk factors include damage to the posterior cortex [9] and usage of multiple pins during tibial cutting block fixation [11]. Although the published incidence of tibial plateau fractures after cementless OUKA is low, we are aware of reports of some surgeons having a higher incidence [7, 8, 12]. This case report describes a periprosthetic fracture of the medial tibia plateau propagating from the keel slot. This rare but catastrophic early post-operative complication can potentially be prevented with good patient selection and a careful surgical technique.

Case Report
An 80-year-old Chinese lady with symptomatic left medial knee osteoarthritis confirmed on weight-bearing knee radiographs (Fig. 1) presented to our outpatient clinic. Having failed a period of conservative treatment, she subsequently underwent a left medial OUKA successfully. A cementless size XS femoral implant and a cementless size AA tibial implant with a 5 mm mobile bearing insert were used. Post-operative recovery was uneventful, and radiographs done showed satisfactory prosthesis positioning with no evidence of periprosthetic fractures (Fig. 2). The patient managed to ambulate well on the 1st post-operative day and was transferred to a step-down facility for further rehabilitation.

The patient underwent further therapy in the step-down facility and showed good progress and recovery with tolerable levels of knee discomfort. However, 2 weeks on, she started complaining of worsening knee pain with decreased ambulatory distances while still being able to weight bear and ambulate. There were no preceding instances of trauma or injury. A repeat plain radiograph showed a displaced proximal tibial periprosthetic fracture (Fig. 3). She was immediately placed on a non-weight-bearing status and transferred back to our hospital for further management. A pre-operative computed tomography (CT) scan was deemed unnecessary as the periprosthetic fracture was of a simple fracture pattern and clearly defined by the orthogonal plan radiographs. She was counseled and underwent left revision TKA with fixation of the tibial plateau fracture. Intraoperative findings include a medial tibial periprosthetic fracture with the fracture originating from the keel slot of the cementless tibia implant (Fig. 4). The implants were revised to a cemented size 2.5 Depuy Synthes Press Fit Condylar femur and size 2 Mobile Bearing Tibia tray and 29 mm femur sleeve (Fig. 5). Post-operative full weight-bearing ambulatory physiotherapy was permitted and tolerated well. A dual-energy X-ray absorptiometry bone mineral densitometry, performed to assess the density of the bone architecture as a risk factor for the periprosthetic fractures, showed osteopenia.

On discharge, the patient was reviewed regularly in the outpatient clinic and at the latest review at 6 months post-surgery, she was noted to be walking well with satisfactory range of motion of 15–95°. Verbal consent was obtained for the patient for the purpose of this case report.

Conclusion
Medial tibia plateau periprosthetic fractures can occur after cementless OUKA. Risks are higher in osteoporotic patients, and patients with more conical metaphyses and smaller bone bridges after tibial keel slotting are done. Identification of these patients is important, and the various methods and modifications as described are key to preventing such a complication.

Clinical Message
Patients at high risk of periprosthetic OUKA fracture can be identified easily and mitigative action can be carried out intraoperative to prevent such catastrophic failures. 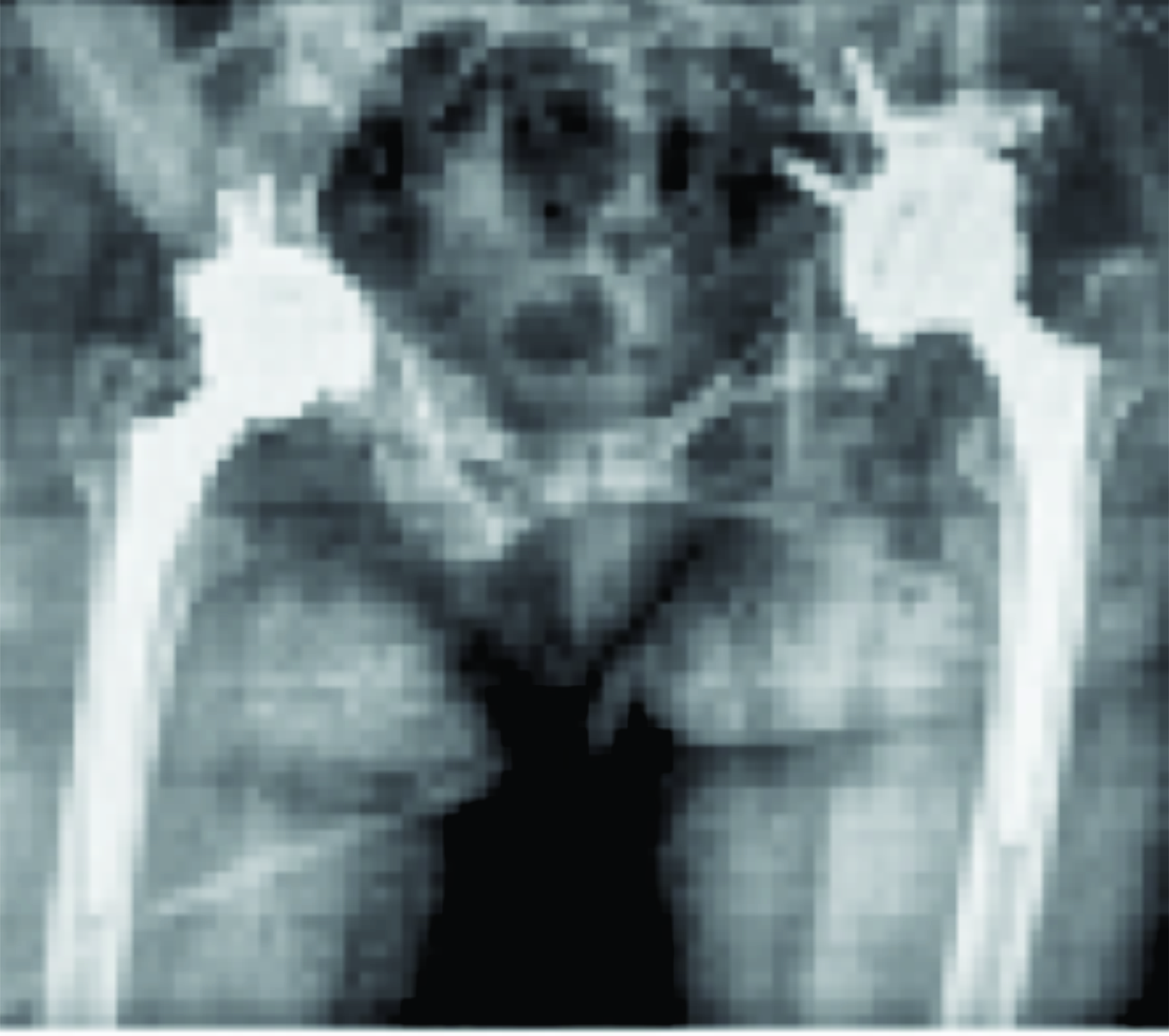 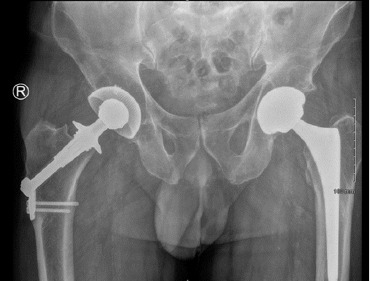 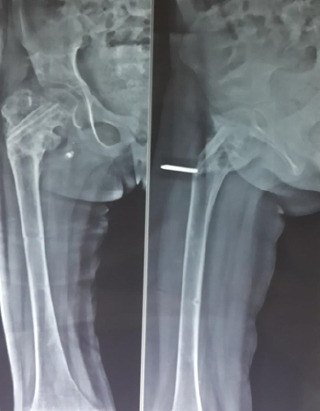