Introduction: Osteoid osteoma is a benign tumor of bones involving mainly the tubular bones and rarely axial skeletons. The patient mainly complains of night pain in the affected region or the joint nearby. Pain always subsides with analgesics and gradually increased over the period of time. It is mostly missed on the plain radiograph so magnetic resonance imaging or computed tomography (CT) scan are preferred for accurate and early diagnosis of the tumor.

Case Report: A 20-year-old male presented with pain in the left hip region which was gradually increased over the period of 6 months and was experiencing pain more in the night, used to relieve on medications. CT scan of the left hip showed the presence of osteoid osteoma of 0.5 cm diameter, which was managed with radiofrequency ablation. Moreover, the patient had pain relief immediately after the procedure. At present 1-year follow-up, the patient is symptomless with no recurrence.

Conclusion: The neck of femur osteoid osteomas is best managed with radiofrequency ablation as it causes less morbidity to the patient and helps in early return to normal activities with fewer complications as compared to open procedures.

Osteoid osteoma is a benign bone-forming tumor that accounts for 10% of all benign bone tumors. It is a tumor commonly diagnosed in young males and females between the ages of 10 and 30 years. There is a male preponderance, with a male:female ratio of 3:1 [1, 2]. The incidence of the femur neck osteoid osteoma is about 0–16% [3]. It is commonly seen in children and young adults. Bones of lower extremity tibia and femur are predominantly involved. It may also be found in a lumbar vertebra. It was first characterized by Jaffe [4]. Majority of the patients experience pain at the involved site, which is worse at night and is relieved by nonsteroidal anti-inflammatory drugs [5] and is not aggravated by exercise or activity. In the past, the presence of nerve tissue within the nidus was documented by axonal silver stain and electron microscopy was thought to be the cause of patients pain more recently high levels of prostaglandin E2 and prostacyclin have been found to directly in the nidus tissue and it explains the cause of pain [6]. Some patients can present with growth disturbance, swelling, or scoliosis. Diagnosing osteoid osteoma needs a high index of suspicion as small lesions can be easily missed on a plain radiograph. X-ray shows a zone of bony sclerosis surroundings a radiolucent core. Advances in imaging modalities, such as bone scan and computed tomography (CT), have helped in early identification of these lesions. A classical osteoid osteoma would be a solitary, intracortical lesion usually occurring in long tubular bones with a significant cortical thickening. It is a benign bone tumor of unknown etiology. The central lytic area of osteoid osteoma is called the nidus around which the sclerotic bone is laid [7]. Radiofrequency ablation (RFA) has an established role in the treatment of osteoid osteoma at accessible sites and the success rate varies between 76% and 100% [8, 9]. Other modalities of treatment include en block surgical excision, a burr-down technique has been described where the sclerotic cortex is burred up to the nidus, the cavity curetted, and the wall is again burred thoroughly. Localizing smaller lesions can be challenging, and intraoperative nuclear imaging has been described for the same [10]. Complete removal of the sclerotic bone and nidus should be done whenever possible even partial removal gives the symptomatic relief to the patient. The chances of recurrence are less but can occur due to incomplete removal of nidus. The zone of sclerosis is not an integral part of the tumor and represents a secondary reversible change that gradually disappears after the removal of the nidus, this zone should be specifically excluded in taking measurements of these lesions. The nidus tissue has limited local growth potential and is usually <1 cm in diameter.

A 20-year-old male patient presented with a history of pain in the left hip for the past 6 months. The pain was insidious in onset, intermittent, occurred predominantly at night, progressively increasing with time, 6/10 on a visual analog scale and was present over the anterior aspect of the left hip. It was non-radiating and there were no aggravating factors for pain. However, he got some relief with over-the-counter analgesics. There was no history of antecedent trauma and the remaining history and general examination did not reveal any significant abnormalities. Local examination revealed diffuse tenderness over the anterior aspect of the left hip. There was no palpable swelling or wasting of the leg muscles. The range of motion of the left knee and ankle joints was normal and there was no neurovascular deficit distally. X-ray left hip showed the small radiolucent area with sclerotic margin in the left femur neck along its superior border (Fig. 1). CT scan of the left hip showed, presence of osteoid osteoma in the region of the superior border of the femoral neck of diameter 0.5 cm (Fig. 2). After all the necessary investigations, the patient was planned for radiofrequency ablation of the tumor under CT guidance. Magnetic resonance imaging hip showed a rounded cortical based lesion with internal specs (nidus) suggestive of osteoid osteoma (Fig. 3).

After all the necessary investigation and routine workup, the patient was taken for the procedure under the CT guidance. Under all aseptic precautions, the procedure was started. CT scan was obtained to precisely localize the lesion and multiplanar reconstructions were used to plan the optimal transcutaneous approach. Close attention paid to the adjacent blood vessels and nerves, since these structures must carefully be avoided. A penetration cannula with an inner stylet was introduced through the skin and soft tissue according to the previously established access route. New CT images are then obtained to verify the correct position of the cannula (Fig. 4). Once ensured the distal end of the cannula is well positioned on the bone surface, the inner stylet is removed. Bone penetration is then accomplished through a cannula, once within the nidus, the ablation electrode was placed and was connected to the RF generator. When the electrode was documented to be exactly within the nidus, RFA started and the lesion was heated to 90°C for a time of 5–6 min, which are widely reported to be the optimal ablation parameters. Last CT scan was obtained to see the possible soft-tissue damage. The electrode and the cannula were removed and a sterile dressing was applied. The patient was discharged on the same day and advised follow-up in the outpatient department, At follow-up of 1 year, the patient did not complain of any pain in the hip or difficulty in walking and repeat CT scan and X-ray does not show any signs of recurrence of the tumor (Fig. 5). The patient is doing well.

An osteoid osteoma is a benign skeletal tumor, usually <1.5 cm in diameter. It is composed of woven bone and osteoid and is more commonly located in the appendicular skeleton. These tumors regress spontaneously sometimes, the mechanism probably being bone infarction [11]. Patients mainly come with the complaints of night pain which increases with the period of time and if size increases sufficiently, it might cause a restriction of the movement or involvement of the growth plate in the children. When involved in the vertebra, it can cause deformities in the spine and if located within the capsule of a joint, can present as swelling, synovitis, restricted movement, and contracture [12]. The pain is mainly due to the production of the prostaglandin E2 and prostacyclins by the nidus in the tumor. The important thing in the diagnosis of the osteoid osteoma is a CT scan of the affected bone which delineates the lesion and also helps in planning either the radiofrequency ablation or surgery. The microscopic finding usually shows nidus consisting of an interlacing network of bone trabeculae with different level of mineralization along with loose stromal vascular connective tissue. It has osteoblasts rim with numerous osteoclasts like giant cells. The bone surrounding the nidus is cancellous with thickened trabeculae and stroma. Osteoid osteoma expresses master regulatory protein involved in skeletal development such as Runx2 and Osterix, confirming the osteoblastic nature of the lesion [13]. Complete surgical excision is the treatment of choice if the conservative management fails and the pain persists, but this may result in the wide resection of normal bone to ensure completely excision of the tumor. This leads to structural weakening and requires a long period of nil weight-bearing and activity restriction. Surgery in anatomically difficult sites such as acetabulum, glenoid, and femoral head or neck also carries a high risk of complications [1, 14]. RFA is the best available modality of treatment for osteoid osteoma and uses better results comparable to surgery. Adequate temperature and time are essential to ablate the nidus, lower temperatures would be ineffective, higher temperatures can lead to tissue vaporization. RFA is preferred over open excision because it is less morbid, less tissue dissection, reduced hospital stay, and early resume to activities. We wanted to report this case as, single-dose radiofrequency ablation is a minimally invasive, simple procedure to treat the femur neck osteoid osteoma with no complications and recurrence.

The neck of femur osteoid osteomas is best managed with radiofrequency ablation as it causes less morbidity to the patient and helps in early return to normal activities with fewer complications as compared to open procedures.

One should always suspect the presence of osteoid osteoma or related conditions when a young patient complains of night pain which is relieved on normal analgesics and X-ray is not showing any obvious abnormality. CT scan helps in the diagnosis and minimally invasive treatment modalities are preferred over open surgeries. 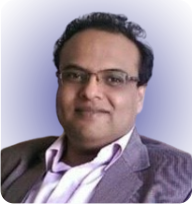 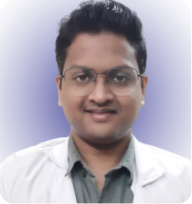 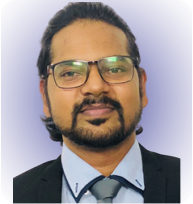 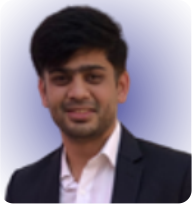 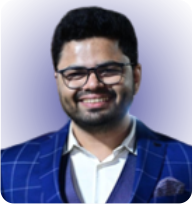 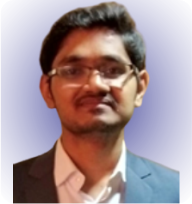 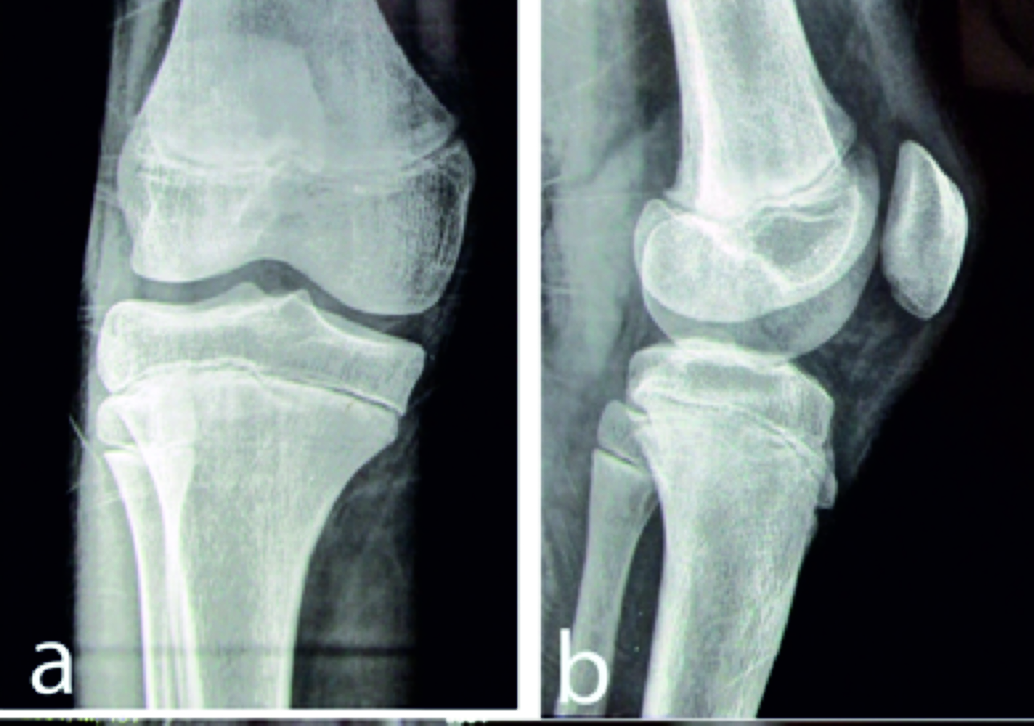 Osteoid Osteoma of the Scapular Neck: A Cause of Long-lasting Unexplained Pain...
Complete Surgical Excision with Pre-operative Localization of Lesion Under CT-Guidance of Osteoid Os...

A Missed Case of Osteoid Osteoma of the Acetabulum Treated with a Novel Computed Tomography-Guided T...