Introduction: The increasing number of primary total hip replacements means that there is an increased need for hip arthroplasty revisions. The periprosthetic fractures which cause bone defects can occur during removal of the femoral component and healing of these fractures can be delayed. In femoral bone defects during revisions, there are no metal augments for filling these defects.

With the increasing number of primary total hip replacements, a substantial increase in the number of revision operations is to be expected [1, 2]. There is a growing number of patients who require a first or even repeated revision surgery and this surgery is often complex and technically demanding [3]. During arthroplasty revision, bone defects should be filled. With femoral bone defects, there are no metal augmentations for filling these defects. The periprosthetic fractures with bone defects can occur during removal of the femoral component and healing of these fractures can be delayed. Bone in-growth in the non-cemented hip arthroplasty femoral component after arthroplasty revisions is not evenly distributed throughout the entire porous surface [4]. Bone autografts, allografts and synthetic bone substitutes are widely used for orthopedic clinical applications [5]. Mesenchymal stromal cells combined with β-tricalcium phosphate (β-TCP) scaffold are used for femoral bone defects [6]. We developed a method for filling femoral bone defects in non-cemented hip arthroplasty revisions and periprosthetic fractures, producing biphasic calcium phosphate (BCP) ceramic granules with hydroxyapatite/β-TCP (HAp/β-TCP) in selected ratio of 90/10, because minor amount of β-TCP due to the faster resorption rate compared to HAp is supposed to burst of releasing calcium and phosphate ions into biological medium, thus contributing new bone formation. The majority of HAp remaining after resorption of β-TCP acts as a tissue scaffold for the complete formation of new bone [7, 8]. Here, we present a case of filling of bone defects in arthroplasty revisions following periprosthetic fracture and with 8-year follow-up and result of treatment.

A 59-year-old female was admitted to the hospital with increasing pain in the left hip joint 5 years following non-cemented total hip arthroplasty because of osteoarthritis of left hip joint. She was admitted to the same hospital where she received initial diagnosis and treatment. Clinically, she presented with a fistula on the lateral aspect of the hip. The radiographs done prior to the operation showed a non-cemented total hip arthroplasty implant. The acetabular component was fixed with additional fixation with a screw. The femoral component was located centrally in the femoral shaft. There was severe femoral bone loss involving the proximal part of diaphysis and there was >4 cm of intact diaphyseal bone available for distal fixation – Paprosky Type III A. Fistulography was performed and the connection of the fistula with femoral shaft was visualized (Fig. 1a, b). The surgical approach was performed at the site of the previous operation scar. The fistula was excised and tissue sent for microbiological examination. Granulation tissue was excised from the hip joint. Signs of inflammation were seen in the posterior part of the acetabular roof. The acetabular component was slightly mobile. Granulation tissue and discharge were found in the proximal part of the femur. The decision to remove the endoprosthesis was taken. An osteotomy of the proximal part of the femur was performed. The stem was firmly fixed in the proximal part of the femur, which was osteoporotic. During removal of the stem two fractures occurred in the area of osteotomy – one in the proximal part of femoral diaphysis just below the major trochanter, and the other was a horizontal fracture about 5.3 cm distally to the previous fracture. Then the acetabular part of endoprosthesis and screws were removed. A fracture occurred in the posterior wall of the acetabulum. Necrotic tissue was excised. The acetabulum was washed with saline and chlorhexidine solution. Fractures were fixed with two cerclage wires in the trochanteric region and two in the proximal diaphysis region. BCP ceramic granules with HAp/β-TCP 10 g (ratio of 90/10) were used to fill the femoral bone at the fracture sites. Antibiotic treatment and low-molecular-weight heparin were used post-operatively. Radiographs after operation showed the situation after the hip implant removal. There were multiple fractures of the proximal part of the femoral diaphysis as well as a trochanter major fracture and displacement of a distally located fracture with dorsal angulation of distal fragment by about 33°. An extensive combined-type bone defect was seen on the posterior and lateral aspects of the femoral diaphysis (Gruen zones 2 and 13 with large cavitary defect) with segmental defects, and the defect size was approximately 79 × 5 × 5 mm. The defect was fully filled with BCP ceramic granules, and the granules were also seen in the soft tissues surrounding the defect without any signs of osseous integration. The quality of the packaging of the granules is described as good. The tissue zone occupied by granules was about 136 × 28 × 25 mm (Gruen zones 2, 3, 12, 13) (Fig. 2).

Two months after the removal of endoprosthesis, re-implantation of the non-cemented endoprosthesis was performed. The patient was given spinal anesthesia and placed on a radiolucent operating table in lateral position. A longitudinal incision was performed 20 cm. An acetabulum implant was inserted. Then the femoral non-cemented implant was inserted. BCP ceramic granules with HAp/β-TCP 20 g (ratio of 90/10) were implanted in the bone defect. Gentamycin was added. Antibiotic prophylaxis was given for 7‒8 days and low-molecular-weight heparin was used to prevent thromboembolic disease. Post-operative physiotherapy was begun on the 1st day after operation, and partial weight-bearing (20%) was started on post-operative day 1, and full weight-bearing was started 12 weeks after surgery. Radiographs after operation showed the non-cemented acetabulum implant and the femoral non-cemented implant. The proximally located fracture of the femur could not be differentiated, and the distally located fracture was partially healed. The BCP granule-filled zone was more attenuated compared with the previous examination with signs of trabecular incorporation (Gruen zones 2 and 13) in other zones where the granules are visualized without signs of integration (Fig. 3). 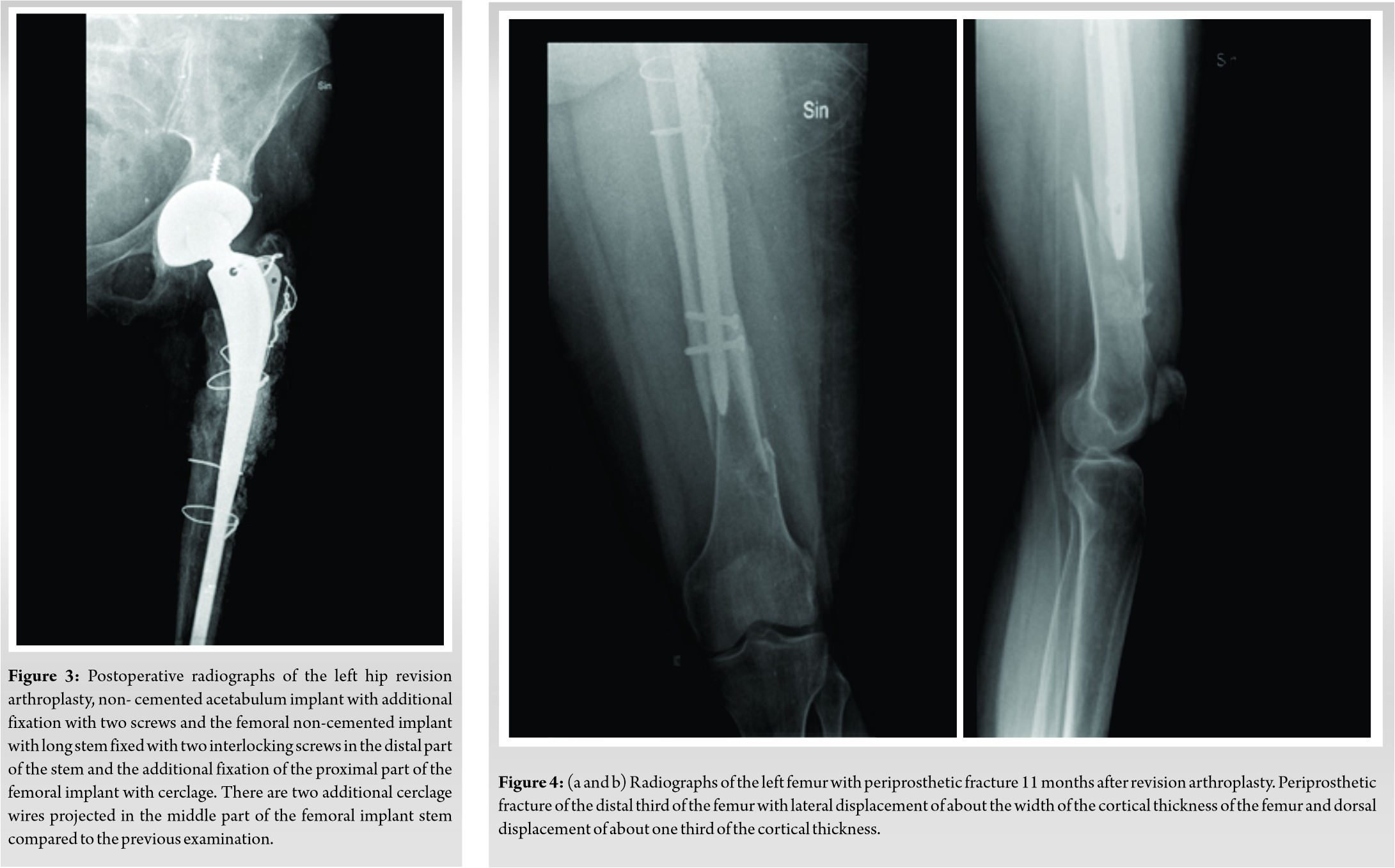 The patient underwent follow-up. Clinical and radiographic examinations of the patient were scheduled 1 day before surgery, then 6 weeks, and 3, 6, 9, and 12 months following surgery. Eleven months following the revision of the arthroplasty, the patient was admitted in the same hospital by ambulance after falling on the street with severe pain in the left femur. Radiograph of the left femur showed a periprosthetic fracture of the distal third of the femur (Fig. 4a, b). Osteosynthesis of periprosthetic fracture lateral plate and two cerclage wires was performed and BCP granules with HAp/β-TCP 15 g (ratio of 90/10) were used to fill the bone defect (Fig. 5). The patient underwent long-term follow-up. Clinical and radiographic examinations of all patients were scheduled at 3, 6, 9, and 12 months, 4 and 6 years follow up. In the 6-year follow-up exam, a functional result evaluation, using the Merle d’Aubigné Hip Score was performed (pain – maid and inconsistent, normal activity -5 grades; mobility – flexion extends 90°, abduction of 30° – 6 grades; ability to work – without cane, and slight limp – 5 grades). Clinical grades given by the pain scores and mobility results as absolute results for hip function – 11 grades, very good. In the radiograph HAp of the transplant at lateral side of femur proximally and distally is seen (Fig. 6a, b). Previous studies done by the authors revealed that BCP ceramic granules with HAp/β-TCP show better bioactivity when compared to pure β-TCP or HAp. Implantation of BCP granules in osteoporotic rabbit bone increased expression of bone activity and repair markers: Osteocalcin, osteopontin, and osteoprotegerin, indicating activation of osteoblastogenesis and bone mineralization in vivo [7]. Calcium phosphate was synthesized by aqueous precipitation technique from calcium hydroxide and phosphoric acid, where calcium hydroxide and phosphoric acid were used as raw materials following the reaction of Ca(OH)2 + H3PO4→Ca10−x (HPO4)x (PO4)6−x (OH)2−x + H2O. The filtered precipitates were formed into granules, dried, and sintered at 1150°C for 2 h. The sintered granules were sieved using vibrational sieves to gain the granular fraction in sizes from 1 to 1.4 mm. The BCP ceramic granules were prepared with nanopore sizes around 200 nm, packed into 10 g packs and sterilized. First results of BCP ceramic granules with HAp/β-TCP ratio of 90/10 as bone substitute for reconstruction of the bone defects in orthopedic surgery, such as fracture and fracture non-union treatment, primary and revision arthroplasty, and chronic osteomyelitis, were evaluated [8]. Successful bone regeneration using both granules and blocks of BCP materials has been reported in recent literature. Šponer et al. reported that the use of autologous mesenchymal stromal cells combined with a β-tricalcium phosphate scaffold produced bone regeneration comparable with cancellous impaction allografting when treating femur bone defects with jeopardized and/or impaired microenvironment [9]. Ultraporous β-TCP alone or combined with bone marrow aspirate for benign cavitary lesions was used [10]. In our report, we found that β-TCP in the implanted BCP granules were absorbed, but HAp, which is 90% of the BCP granules, did not absorb, thus providing long-term bone defect filling. Using HAp/β-TCP for filling bone defects, BCP ceramic granules transplant was adjusted to the bone defect anatomy. Also, the increased porosity of material promoted better bone tissue response. The infection was healed before revision arthroplasty. The standard radiographs in our study were evaluated by two radiologists, experienced in musculoskeletal radiology. To measure the bone deficiency and to classify the femoral bone defect we used Paprosky classification. The Paprosky classification is based on the morphology and the location of the remaining proximal femoral bone and the amount of diaphyseal bone available for distal fixation of the implant. It also provides a structured approach for the choice of surgical treatment in patients undergoing femoral revision arthroplasty [11, 12]. The post-operative images after revision total hip arthroplasty posterior and lateral radiographs were reviewed and the bone defect healing was classified using the Gie guidelines in Gruen zones 1–14. The size of defects was measured. We assessed the efficiency of initial granule packing using the classification as follows: excellent, good, fair, poor, defective, not classified. This type of classification is qualitative and cannot be quantified. The granule integration into the bone was classified as: no change, localized resorption, cortical repair, trabecular remodeling, trabecular incorporation, cortical repair and trabecular remodeling, cortical repair and trabecular incorporation, not classified. This classification is empirical, since there is no proof, for example, that the radiological appearance of trabecular incorporation is histologically proven trabecular incorporation and that this process has occurred. However, trabecular remodeling as well as cortical repair could be clearly differentiated on radiographs [13]. Merle d’Aubigné-Postel Score was used as it was originally used to evaluate functional results in hip arthroplasties – pain, range of motion, and walking ability [14, 15].

The important characteristic of using BCP ceramic granules with HAp/β-TCP for filling bone defects is that this transplant can be used for effective femoral bone defect and periprosthetic fracture healing in patients with hip arthroplasty revision and periprosthetic fracture where are no metal augmentations for filling these defects. BCP ceramic granules transplant can be adjusted to meet the demands of the bone defect anatomy. 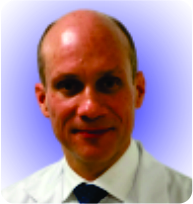 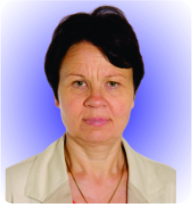 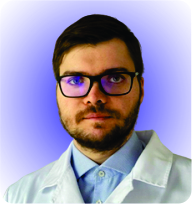 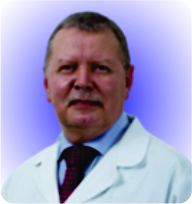 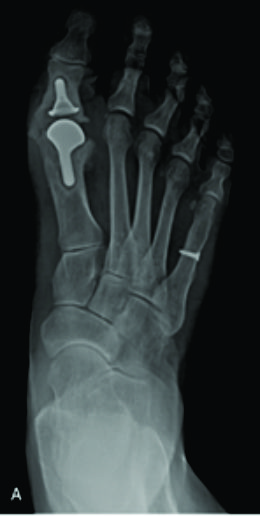 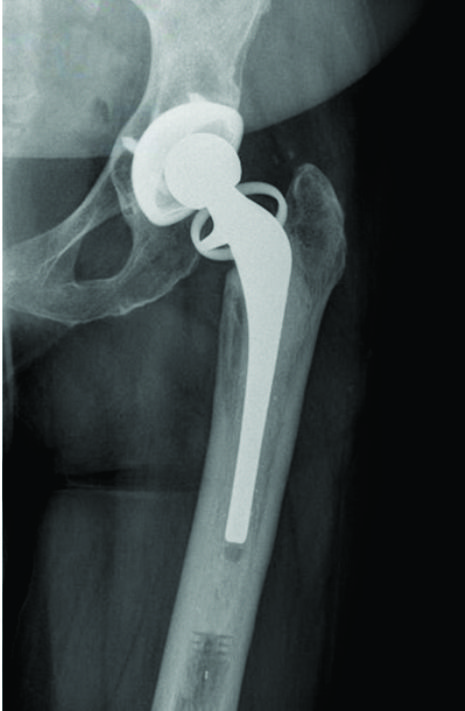 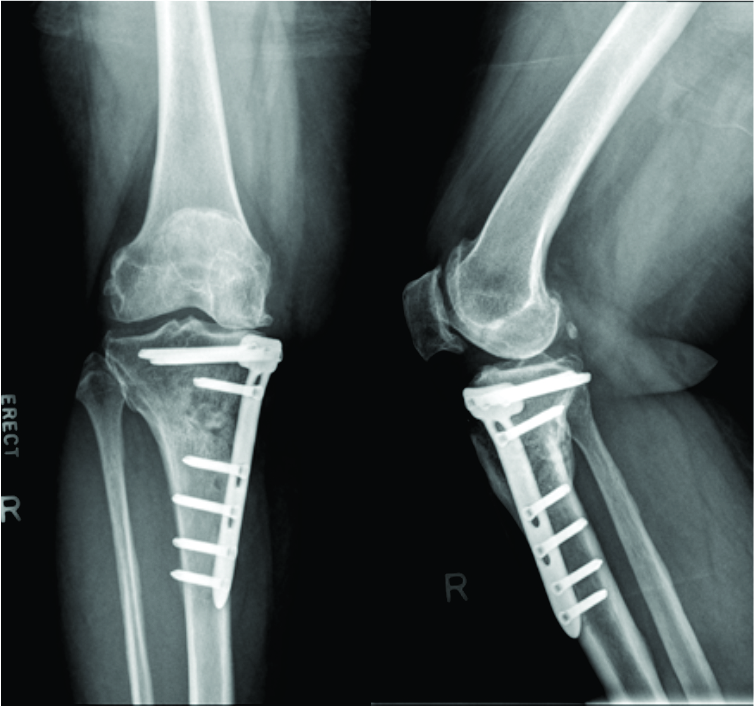 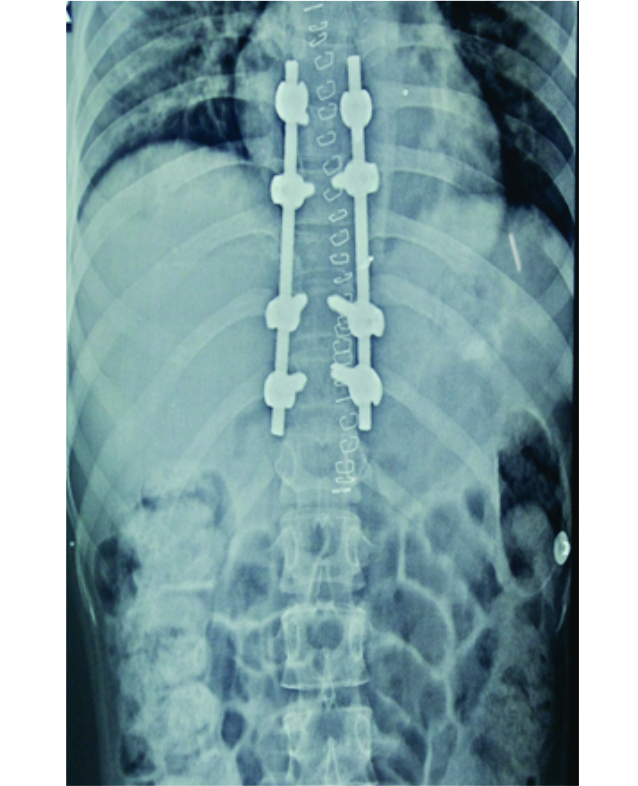