Bisphosphonate Therapy in the Management of Symptomatic Melorheostosis of Tibia

Introduction: Melorheostosis is a rare sclerosing bone disease characterized by linear hyperostotic bone dysplasia with its radiological appearance as melting candle wax dripping by its side. It usually affects long bones, especially the lower limb. The exact cause of the disease has not been clearly explained though many theories are available. It is insidious in onset and symptoms being pain, deformity, and joint stiffness. Although there is no definitive treatment, the administration of bisphosphonates dramatically reduces pain and improves the patient clinically.

Case Report: We described a case of a 28-year-old female who presented with a history of pain and swelling in her left leg for the past 2 years. The onset of complaints was insidious. On physical examination, there was tender swelling over the shaft of the tibia with irregular borders. Knee and ankle range of movements were normal. Radiographs showed hyperostosis of the proximal two-thirds of the tibia of the left leg with a flowing candle wax appearance. The patient was treated with a single dose of intravenous zolendronic acid and physical therapy. The patient had dramatic alleviation of pain without the need for any further treatment till 1 year follow-up.

Conclusion: Although there is no specific treatment available for this disease, the intravenous infusion of zolendronic acid has dramatically improved the patient clinically.

Melorheostosis also known as Leri’s disease or candle bone disease is a rare chronic sclerosing bone dysplasia [1]. It was first described by Leri and Joanny in 1922 [2]. There are no sex predilections or genetic involvement discovered to date. The onset of the disease is chronic in nature [3]. It commonly occurs in late childhood or early adolescence and presents in adult life [4]. The most common symptom being pain among others such as deformity, joint stiffness, and leg length discrepancy [5].
It presents with lesions mostly in the diaphysis of the long bone commonly involving the lower extremity sometimes associated with hyperpigmented sclerosis in overlying skin [6]. They may present in different forms as monostotic, polyostotic, or monomelic forms [7]. The monomelic form is the most common one. They may rarely be affecting the axial skeleton also [8]. Radiographically, hyperostosis of bone which appears as dripping of melted candle wax has been described as a classical feature for the diagnosis of Leri’s disease [9].
The exact cause of the disease remains unclear. There are many etiological theories such as mesenchymal cell differentiation defect, a genetic mutation in LEMD 3 gene, vascular disorders, or inflammatory processes but none of these have been completely proven [8]. There is no definitive treatment for this condition.5 In this case report, we present a case of melorheostosis in a young female managed with bisphosphonate therapy.

A 28-year-old female presented with complaints of pain and swelling in the left leg for the past 2 years. The onset of pain and swelling was insidious in nature. There was no history of trauma. There was no history of similar illness in her family. On examination, there was a diffuse swelling over the proximal third of the left leg with irregular surface bony hard in consistency and tender on palpation. The skin over the swelling was thickened and no warmth. Knee and ankle joint movement was normal as compare to the other side. No other abnormality was detected elsewhere in the body.

Plain radiographs of the left leg showed extensive, dense, irregular cortical hyperostosis, resembling dripping candle wax, extending along the medial border of shaft of the tibia from proximal third to middle third with narrowing of the medullary canal, as shown in Fig. 1. The plain radiograph of the opposite leg and arms was found to be normal. MRI, CT, SPECT, and bone scan were taken to rule out other conditions such as osteosarcoma, osteomyelitis, and myositis, as shown in Fig. 2, 3, 4. MRI showed extensive homogenous osteoid overgrowth in the cortex which encroached into the medullary cavity, as shown in Fig. 2. No evidence of any associated vascular malformation or soft-tissue involvement or pathological fracture identified. Bone scan and SPECT revealed increased uptake along with the extent of the lesion in the left leg, as shown in Fig. 3 and 4.
Laboratory findings of ESR, C-reactive protein, α-fetoprotein, carcinoembryonic antigen, calcium, phosphorus, and alkaline phosphatase were all within normal limits. A single intravenous infusion of zoledronic acid 5 mg over 30 min has been administrated and physical therapy of nearby joints has been encouraged to prevent the development of any joint abnormality. After 1 year of follow-up, the patient had dramatic alleviation of pain and she did not require any further infusions of zoledronic acid.

Melorheostosis is a rare chronic sclerosing bone disease [4]. The term melorheostosis derived from Greek words for member (melos) and flow (rhein) which describes its characteristic radiographic appearance consists of irregular sclerosing lesions of the cortex, generally on one side of the bone, resembling melted wax dripping down one side of a candle which makes a clear demarcation between the affected and normal bone [7]. Melorheostosis may be associated with mesenchymal tumors, including osteogenic sarcoma, malignant fibrous histiocytoma, and dermoid tumors [10, 11].
The exact cause of the disease remains unclear. Murray and Mc Credei in 1979 hypothesised an embryonic involvement by nerve root infection and the resulting particular sclerotome detected correlation with lesions [12]. Kim et al. showed involvement of a genetic mutation in downregulation of osteoblastic growth regulation with resultant development of hyperostosis and associated soft-tissue abnormalities [13]. Mumm et al. [14] showed the involvement of deactivating germline mutations in LEMD3, a protein involved in bone morphogenic protein and tumor growth factor-β signaling, as a cause for osteopoikilosis and Buschke‐Ollendorff syndrome, and offered heterozygous germline mutation in LEMD3 also as the etiology behind melorheostosis [14].
The most accepted pathogenesis being increased activity of osteoblastic cells rather than osteoclastic cells resulting in the classical osteosclerotic cortical lesions [15]. In this case, bone scan showed increased uptake in areas corresponding to the location of the lesion. The main cause of pain is increased activation of osteoclastic bone resorption, raising intraosseous pressure, increased activation of pain receptors, increased blood flow across the lesions, and soft-tissue contractures around joints [16].
The mainstay of treatment is symptomatic and physiotherapy to prevent contractures and deformities. Surgical treatment includes lengthening of tendons, excision of the hyperostotic lesions, osteotomies for deformity correction, sympathectomy for pain relief, and finally amputation [1, 8, 17, 18, 19, 20]. In this patient, the major concern being pain, we tried bisphosphonates and physical therapy [21].
The bisphosphonates by their structural similarity with pyrophosphate, a normal product of human metabolism making them high affinity to bone, act on osteoblasts and inhibit direct and indirect osteoclastic mediated bone resorption [21]. They also act on macrophages and reduce bone vascularity, thereby reducing pain-inducing mechanisms [22]. Although this disease has less mortality, the morbidity rate will be considerable and pain is the main concern in the treatment aspect as it greatly reduces the quality of life. Hence, bisphosphonates are successful in the management of such symptomatic cases of melorheostosis.

Melorheostosis is a rare chronic bone disease with unknown etiology. Among various modalities of surgical treatment, early diagnosis and initiation of pain management and physical therapy as early as possible will produce symptomatic relief and prevent the development of contractures. A single intravenous infusion with 5 mg of zoledronic acid and physical therapy greatly reduces pain and improves the quality of life.

Melorheostosis is a rare chronic bone disease with unknown etiology. A single intravenous infusion with 5 mg of zoledronic acid and physical therapy greatly reduces pain and improves the quality of life. 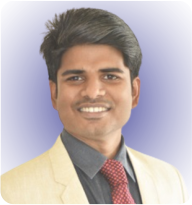 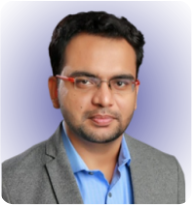 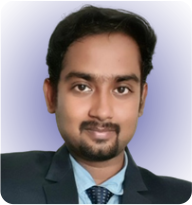 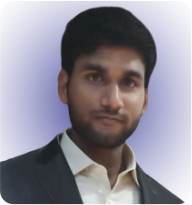 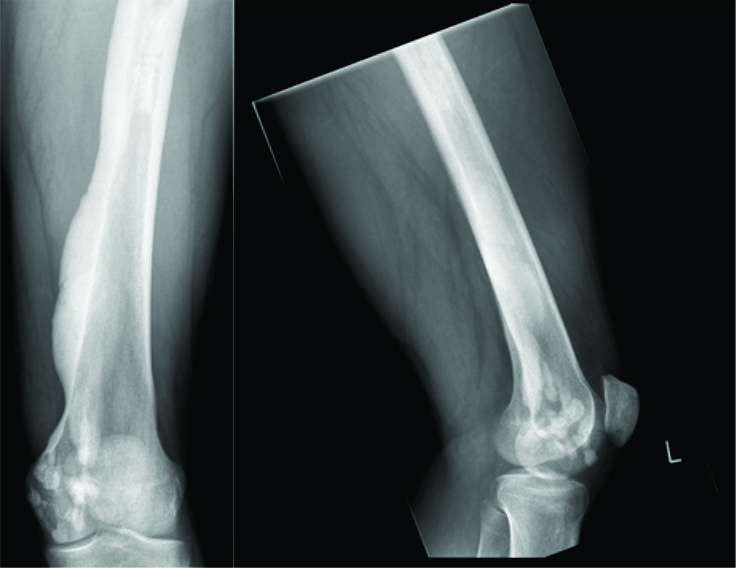 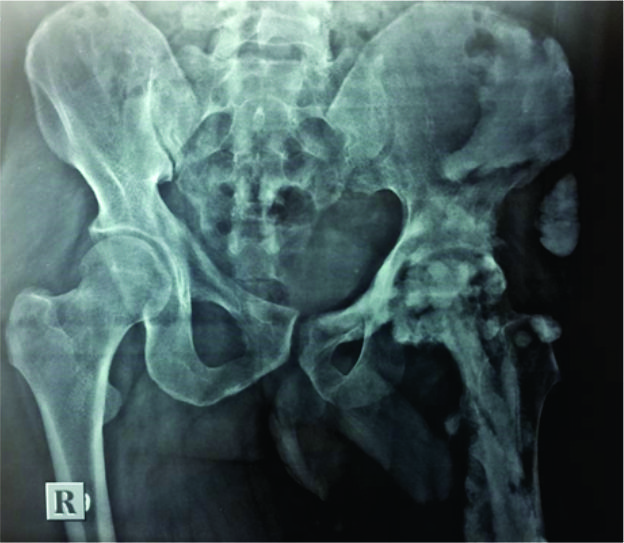