Introduction:Type II distal clavicle fractures are associated with significant displacement and high rates of nonunion. Due to the risk of nonunion, these fractures are most often managed operatively soon after the injury

Conclusion:Delaying surgical treatment of significantly displaced Type II distal clavicle fractures may pose a risk of conversion to open fracture. Surgeons should counsel their patients on this potential complication when discussing the risks and benefits of operative versus nonoperative treatment.

Fractures of the distal third of the clavicle are the 2nd most common type of clavicle fracture and make up about 28% of all clavicle fractures [1]. Distal third clavicle fractures have a higher rate of nonunion than medial and middle third clavicle fractures with nonoperative management [2]. In addition, a specific subset of distal fractures, known as Neer Type II fractures, are prone to significant displacement due to deforming forces of the surrounding anatomical structures [3, 4]. In Neer Type IIA fractures, the fracture line is medial to the coracoclavicular (CC) ligament and results in unopposed superior displacement of the medial fragment [3, 4]. In Neer Type IIB fractures, the CC ligament is disrupted which also often leads to significant displacement [4]. Due to the high rate of nonunion, it is usually recommended that these fractures are treated surgically soon after the injury is sustained. In this case report, we present a patient with a Type II closed distal clavicle fracture that converted to an open fracture from the pressure of the medial fragment on the thin skin about the acromioclavicular joint after the patient elected to be treated nonoperatively.

This is an 84-year-old male status post low energy fall who presented to a local hospital where X-rays revealed a significantly displaced clavicle fracture with CC ligament disruption (Fig. 1). He was placed in a sling and discharged. At the patient’s outpatient clinic visit 4 days later, mild swelling and ecchymosis was noted over the left distal clavicle, but the skin was intact without any tenting. There were no motor or sensory deficits appreciated. Despite his age and evidence of pre-existing arthritic changes in both the acromioclavicular (AC) and glenohumeral joints, the surgeon recommended surgical repair due to the amount of displacement and risk of nonunion, but the patient elected to choose nonoperative treatment for personal reasons.

One month later, the patient presented to the emergency department after his wife noticed “bone sticking out of his skin” over his left clavicle. He was diagnosed now with a delayed open fracture nonunion (Fig. 2a, b) and was started on IV antibiotics. He was admitted and underwent incision and drainage (I&D) and open reduction internal fixation (ORIF) with CC ligament reconstruction. The fracture was fixed with a low profile locking plate and the CC ligament was reconstructed with a heavy braided, non-absorbable suture (Fiberwire, Arthrex Sarasota Fl). A thinner, lower profile plate was chosen due to the placement directly below the repaired soft tissue. Intraoperative fluoroscopy was obtained to confirm reduction of the fracture and adequate placement of the implants (Fig. 3). The skin around the open wound was excised and a delayed primary closure was performed in a tension-free manor. The surgery was uncomplicated, and the patient was discharged 2 days later.

The patient presented for follow-up at 2 weeks post-operative for a wound check and denied any pain. X-rays were not obtained at this visit. The wound was healed well and there were no signs of infection. His intraoperative cultures were negative. He was next seen at 7 weeks post-op, where the original deformity was present again and fluoroscopy revealed hardware failure and increased CC distance (Fig. 4). His pain was under control and he did not have any abnormalities on physical examination including any skin tenting.

He was instructed to discontinue his sling and start active range of motion exercises of his shoulder. The patient was seen again at 7 months post-op. At this visit, X-ray once again demonstrated hardware failure unchanged from his prior X-ray 5 months earlier (Fig. 5). He was still asymptomatic and had a normal physical examination, with the exception of a bony deformity over his clavicle (Fig. 6).

His soft-tissue envelope remained intact, and there were no signs of infection. A discussion was had regarding the possible need for hardware removal in the future, if symptomatic. The patient followed up at 1 year post-operative through a telemedicine appointment due to the COVID-19 pandemic. At this encounter, the patient reported he had no pain and had returned to his baseline level of function. On exam, he had normal active range of motion in his affected shoulder.

Distal clavicle fractures were categorized by Neer into five types, with Type IIA and Type IIB fractures being the most unstable [3, 4]. In Type IIA fractures, the fracture occurs medially to the CC ligaments, and the CC ligaments remain intact [4]. In Type IIB fractures, the fracture occurs between or lateral to the two CC ligaments with one or both of the CC ligaments disrupted [4]. Neer described several forces that lead to the significant displacement seen in these fractures. The weight of the arm pulls the distal fragment inferiorly and anteriorly, while the Pectoralis and Latissimus Dorsi muscles pull the distal fragment medially [4]. The scapular ligaments provide a rotational force on the distal fragment when the arm is moved [4]. The Trapezius muscle is the only force on the medial fragment and pulls it superiorly and posteriorly [4].
We present a patient who sustained a closed Neer Type IIB distal clavicle fracture that became open following chronic skin pressure from the medial fragment and eventually went on to experience hardware failure and nonunion following surgical repair. Nonunion is a well-reported complication in the literature for distal clavicle fractures treated non-operatively. In one prospective study of patients treated non-operatively for clavicle fractures, the authors found that 11.5% of distal fractures went on to nonunion at 24 weeks [5]. They also found that advanced age and displacement were predictive of nonunion in distal fractures [5]. While our patient’s nonunion was following surgical repair, it is still possible that his age and degree of fracture displacement played a role in his nonunion as suggested in the aforementioned study. Another study found that despite higher rates of nonunion in Type II fractures that were treated nonoperatively, nonunion did not result in any major functional deficits which is similar to the functional outcome observed in our patient [6].
We believe the hardware failure seen in our patient is most likely secondary to his poor bone quality given his advanced age. Increased stress from his stiff AC and glenohumeral joints secondary to our patient’s pre-existing shoulder osteoarthritis (OA) could have also contributed to the hardware failure. Fukuda et al. [7] found that the AC ligament is the main force preventing posterior displacement and axial rotation of the distal clavicle, thus stiffening of the AC joint due to OA could have resulted in additional force on the distal fragment and contributed to his hardware failure. Furthermore, the glenohumeral arthritis and resultant stiffness likely placed more strain across the fracture site with attempted shoulder motion, potentially hastening the race between fracture healing and implant failure. In addition, the surgeon’s decision to use a smaller thinner plate than is the usual practice was dictated by the soft-tissue envelope and the need to close the open wound at the time. It is possible that if a larger thicker plate was used at the time of initial injury, the hardware would have remained intact and the fractures potentially have healed. It is unclear whether the 1 month time delay to surgery also contributed to the hardware failure, but certainly the loss of integrity of the soft tissue envelope surrounding the fracture most likely did. In one retrospective study assessing postoperative complications of 74 patients with distal clavicle fractures treated surgically, only two patients experienced hardware failure [8]. This study suggests that hardware failure appears to be a relatively rare complication. It is also unclear whether our patient would have achieved bony union if he did not experience early hardware failure.
To our knowledge, there are only two other reports in the literature where a closed clavicle fracture converted to open following nonoperative management. Strauss et al. [9] described a case where a Type IIB distal clavicle fracture initially treated with a sling converted to open with an ulcerated infected wound 5 days after injury. The patient ultimately went on to have a good clinical outcome following treatment with external fixation and antibiotics. Our case differs from this one in that the skin breakdown was not acute, but delayed by 4 weeks. The patient reported in the Strauss paper likely had acute traumatic skin damage leading to immediate breakdown. Our patients soft-tissue compromise was likely a combination of poor biology and chronic mechanical pressure. Chalmers et al. [10] described two adolescent cases where comminuted displaced midshaft fractures converted to open 2 weeks after initial nonoperative treatment with sling immobilization in one case and a figure-of-8 brace in the other case. Once the fractures converted to open, both patients were treated with I&D with ORIF followed by a course of antibiotics and ultimately went on to do well. The authors identified a vertically oriented comminuted fragment as a common feature in both cases. These fracture patterns in the midshaft are far more common than the distal type fractures, described in our case report, but also capable of leading to skin breakdown. Our report adds to the above evidence that conversion to open fracture is a rare, but potentially serious complication of treating displaced clavicle fractures non operatively.
It is unclear whether other variables such as our patient’s age or degree of displacement contributed to his presentation as well. While our patient did not have any serious complications, the open fracture significantly increased his risk of an infection, which could have resulted in a substantially worse outcome. Fortunately for this patient, the open fracture, hardware failure, and nonunion did not appear to impact his level of function in the affected shoulder.

This case report describes a patient who sustained a Type II closed distal clavicle fracture that underwent soft tissue breakdown and converted to an open fracture 1 month following the initial injury when the medial bone spike eroded through the skin. Ultimately, the patient went on to develop a hardware failure and nonunion of the fracture, but did not experience any major functional deficits and his soft-tissue envelope remained intact and infection free.

Surgeons should be aware of the risk of conversion to an open fracture when treating Type II distal clavicle fractures. Due to this potential complication, patients should be counseled on the risk of delaying operative treatment. 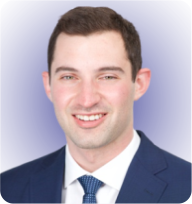 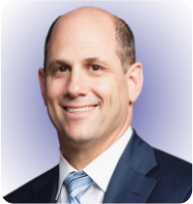 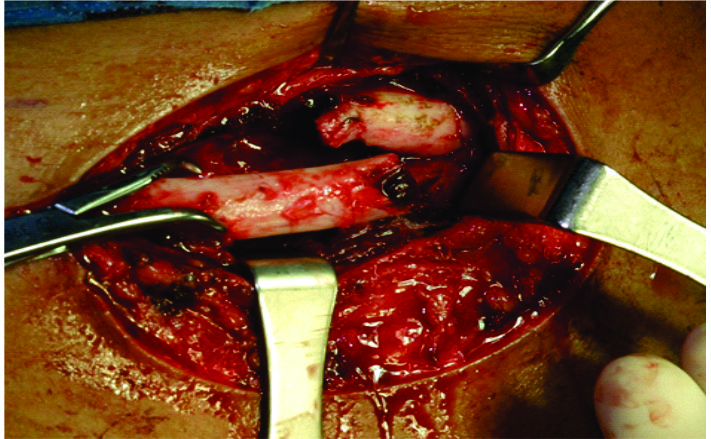 Bilateral Osteochondritis Dissecans of the Talar Posterior Calcaneal Articular Surface in a Professi...
Reconstruction of a Chronic Posterior Dislocation of the Shoulder using a Limited Posterior Deltoid-...
Arthroscopic Treatment of Primary Synovial Chondromatosis of the Ankle: A Case Report and Review of ... 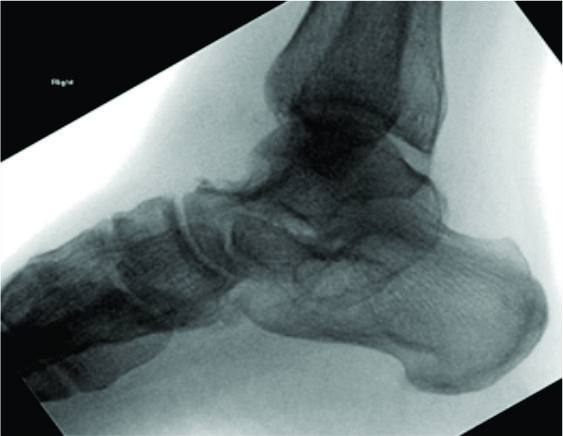