Introduction: Liner dissociation of the pinnacle total hip arthroplasty system is a rare but documented complication. Although a few reports are published internationally, to the best of our knowledge no cases have been documented from India so far.

Case Report:A 31-year-old male presented with failed femoral head fracture fixation for which total hip replacement was done. Postoperatively at 18 months, he was diagnosed with pinnacle liner dissociation and liner exchange was performed.

Conclusion: This report aims to raise awareness about the incidence of pinnacle liner dissociation.

Liner dissociation is a unique problem associated with the pinnacle system. Till now, 34 instances have been reported worldwide. We describe a similar instance in a 31 years old patient which was managed with liner exchange at our institute.

A 31-year-old male, BMI 30.61, met with a RTA 2 years back leading to trauma to the left hip. He was diagnosed with pipkin type 2 femoral head fracture dislocation and underwent open reduction with multiple headless Herbert screw fixation at a peripheral hospital. He presented to us with failed osteosynthesis 1 month post-fixation (Fig. 1).
Complex primary left total hip replacement was performed at our institute [Table 1].
Patient was successfully rehabilitated postoperatively and was able to resume active lifestyle. At routine 6 months follow-up, patient was doing well and the radiographs showed good integration of the acetabular shell and femoral stem (Fig. 2, 3).

He continued to be asymptomatic till 18 months postoperatively when he noticed catching pain in the left groin followed by audible clunk while getting up from a chair. Radiographs revealed eccentric position of the femoral head in the cup while the cup and stem positioning looked acceptable (Fig. 4, 5).

Further investigations revealed normal biochemical markers, ruling out infection. CT scan was done to assess femoral and acetabular component positioning. We found acetabular cup inclination at 48° and anteversion of 34°. Femur anteversion was found to be at 20°.

The hip was explored through routine posterior approach. Polyethylene liner dissociation was noted and the head was directly articulating with the acetabular shell. Posterior lip of the liner had fractured and the head had visible corrosive damage (Fig. 6, 7). The trunnion looked clinically intact (Fig. 8). Acetabular screws were not protruding and were fully seated in the shell.
The acetabular cup was well integrated and an attempt was made to remove both the screws. One screw was removed easily and the other screw could not be removed and hence was left in situ. The liner was exchanged with marathon polyethylene 10° (32 mm ID and 50 mm OD) with the lip placed anteriorly to counteract the increased anteversion. The head was replaced with 32 mm ceramic head.
Postoperatively, he was able to resume active life by 3 weeks. At 1 year follow-up, patient is asymptomatic, had completely resumed all daily activities and radiograph revealed no abnormalities (Fig. 9).

The depuy pinnacle hip system has an excellent track record over the past decade. In 2014, Callaghan et al. published 10 year survival rates up to 99 % [1]. The system was introduced in the late 1990s as a successor to the Duraloc [2]. Its shell is a hemispheric titanium cup with a porous surface. As oppose to the locking ring of the Duraloc, it features a morse taper mechanism that accommodates the liner [3].
Mesko [4] described the first case of pinnacle liner dissociation in 2009 and so far 34 cases have been described worldwide (6 New Zealand, 27 USA, and 1 Spain) [5, 6, 7, 8].
Inaccurate implant positioning and improper locking of the liner in the shell are the surgeon dependent factors predisposing to the dissociation [5]. In our case, the acetabular inclination was normal and the screws were not protruding. The only likely mechanism of failure that we could postulate was the excessive acetabular anteversion leading to posterior femoro acetabular impingement. However, in a case series of 23 dissociations published by Yun et al. [7], they noticed that only 14 hips were positioned in the “safe zone” and rest nine hips were outliers. Thus, impingement cannot be the only factor for failure.
To improve the wear rates the highly cross-linked polyethylene used in the pinnacle system is irradiated to 50 KGy. However, this has reduced its mechanical strength [9]. The Pinnacle System has demonstrated reduced pullout strength as compared to its previous designs. There have been reports that the peripheral locking tabs become round over time further compromising the locking mechanism [7]. Liner dissociation could be attributed to these factors.

We believe that the actual incidence of liner dissociation is more than what has been documented so far. The aim of this report is to raise awareness among surgeons regarding the liner dissociation in the pinnacle system and to initiate a dialog with the manufacturers if needed.

Polyethylene wear leads to eccentric positioning of femur head in acetabular shell on radiographs. However, it is unlikely to happen in early post-operative period. Although Pinnacle liner dissociation is a rare and under-reported complication, it has a similar radiographic appearance and should be kept as differential diagnosis for the same.
The patient’s consent was taken before submitting the data to publication. 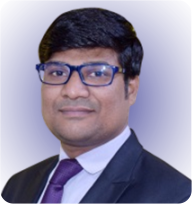 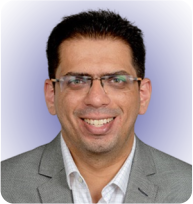 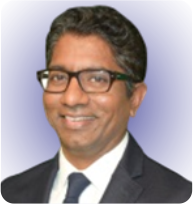 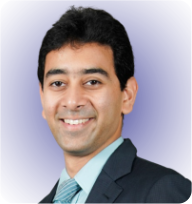 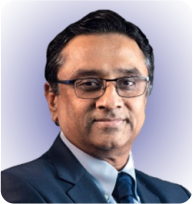