Tropical Pyomyositis: An Unusual Cause for Sepsis and Hip Pain in Adults the United Kingdom

Introduction: Pyomyositis is a bacterial infection, commonly due to Staphylococcus aureus infection resulting in myositis on muscle biopsy and abscess formation in skeletal muscle. . Although often prefaced with the term ‘“tropical’ tropical” alluding to its prevalence in tropical climates this disease does present, albeit rarely, in adult patients residing in temperate climates as well.

Case Presentation:A 60 year -year-old woman living in the UK with no risk factors presented apyrexial with native left hip and thigh pain and was initially diagnosed with sciatica and discharged from the Emergency Department. She subsequently re-presented days later with worsening pain and inability to weight bear; blood tests showed she had worsening inflammatory markers. Her magnetic resonance imaging (MRI) scan showed a collection in the musculature of her left hip adductors. She was diagnosed with Pyomyositis. The collection was drained via ultrasound and she was treated with intravenous IV antibiotics, followed by oral antibiotics, and made a full recovery.

Conclusion: Our report highlights the need for thorough and complete investigation, including MRI scanning for patients with unclear causes of hip pain and raised inflammatory markers. It demonstrates how conditions such as pyomyositis can still arise outside the expected demographics and this could have been easily confused with a septic hip had she not undergone further imaging.

Pyomyositis is an uncommon primary infection of striated muscles that characteristically occurs in tropical regions but has increasingly been seen in temperate climates [1]. It generally affects large skeletal muscles leading to the formation of abscesses which, if not treated promptly, can lead to serious systemic illness [2].
The disease is described in the literature as most common in people aged 10–40 years of age [3]. It is more frequently found in men than women by a ratio of 1.5:1 [3]. Pyomyositis is endemic to tropical regions such as Asia, tropical Africa, Oceania, and the Caribbean where it affects young and healthy people [2]. Whereas, in temperate regions, it is more common in immunocompromised people or those with underlying comorbidities [2]. Risk factors include human immunodeficiency virus (HIV), treatment with immunosuppressive drugs, diabetes, nutritional deficiencies, viral and parasitic infections, malignancy, organ transplantation, liver cirrhosis, and renal insufficiency [4].
The most common causative organism is Staphylococcus aureus, which is seen in up to 90% of cases [3]. Another 1–5% of cases are caused by Group A Streptococcus, such as Streptococcus pyogenes, the organism cultured from the abscess in our presented case. Given that striated muscle is generally resistant to infection, the pathophysiology of how the infectious organisms originate in pyomyositis is still unclear [5].
Pyomyositis has three distinct clinical stages and is often preceded by blunt muscle trauma, intramuscular injections, and intravenous (IV) drug use [3]. The first stage is the “Invasive stage,” which is characterized by subacute symptoms such as diffuse pain which may be accompanied by a variable fever. During the “Invasive Stage,” which can last 1–2 weeks, there is no abscess formation and the condition may resolve or progress to the suppurative stage [2]. During the suppurative stage, an abscess is formed, although it may be difficult to find on examination due to the swelling of the overlying muscle [2]. 90% of cases present during this second stage [4], generally with high-grade fevers as well as systemic symptoms of infection. If left untreated, pyomyositis enters a late stage where the infection can either enter into a neighboring joint or structure or can enter the blood causing septicemia [3]. The late stage has a high mortality [5].

A previously well 60-year-old female of Afro-Caribbean origin who lived in the UK presented to twice to the Emergency Department (ED) with ongoing pain and tenderness in her left hip and thigh and difficulty mobilizing. There had been no history of trauma.
Her medical history included hypertension (controlled with medication) and pericarditis several years prior. She was a non-smoker, did not drink to excess, and did not use recreational drugs. Prior to admission, she was able to mobilize independently. There was no family history of note. She had traveled to Dubai 6 months prior but had not been to any other foreign countries.
On her first visit to ED, she underwent a plain radiograph of her pelvis and hip which revealed moderate osteoarthritic changes to the hip as well as spondylotic changes in the lower lumbar spine. Her blood tests on admission showed a raised C-reactive protein (CRP) of 105 with a normal white cell count (WCC) of 7.9. She was apyrexial. From this, she was diagnosed with sciatica and her pain improved with analgesia in the department. She was discharged with plans for an outpatient magnetic resonance imaging (MRI) scan of her spine and hip to confirm the diagnosis.
The patient then presented to ED a 2nd time, 5 days later. Unable to weight bear and now febrile. She had ongoing tenderness of her left inner thigh with some associated swelling palpable in that area. On examination, there was pain on hip flexion, internal and external rotation. Her blood results showed a highly elevated CRP of 469 and an erythrocyte sedimentation rate (ESR) of 125. She was started on IV Flucloxacillin in ED. She then underwent and MRI which showed a collection (Fig. 1, 2) in the adductor musculature of her left hip.
The abscess was subsequently aspirated under ultrasound guidance. The fluid obtained from the abscess returned a positive culture result for Streptococcus pneumoniae and the patient’s antibiotic regime was changed to IV BenzylPenicillin based on the recommendations from the local Microbiology team. Further investigations were also performed to rule out other causes of the abscess including an echocardiogram and an HIV test. Both of which were negative.
After the aspiration and 2 weeks of IV antibiotics, a repeat MRI scan was performed and showed that the abscess had begun to resolve and only a small residual collection was present. She was apyrexial and her inflammatory markers had improved.
She was subsequently discharged home on oral Moxifloxacin 400 mg once daily for 2 weeks. The patient continued to improve after discharge. She was followed up with three outpatient appointments and blood results taken 1 week after stopping oral antibiotics showed a CRP 4, WCC 4.7 ESR 83. She was well and showed no further signs or symptoms of ongoing infection. She had a full, pain-free range of movement in the hip and a pain-free thigh. She was discharged from Orthopedic care.

Due to the potential severity of progressing into later clinical stages, early diagnosis is vital to prevent loss of tissue and decrease mortality [6]. Given that it is a fairly rare disease in the UK is may be confused with a septic hip, leading to unnecessary surgery or a more benign diagnosis at the early stages for example sciatica as in this case.
The gold standard for diagnosis is aspiration and culture of pus or muscle biopsy with tissue staining and culture [2]. Muscle biopsy is also useful for excluding other potential diagnoses such as polymyositis [2]. Radiology is another useful tool for establishing the correct diagnosis. Ultrasound is the recommended initial screening test, where the abscess would appear as a hypoechoic area with increased muscle mass and collection of fluid [7]. Computed tomography (CT) and MRI are both more sensitive investigations. CT shows a loss of attenuation of the affected area with a contrast-enhanced rim surrounding the abscess [2]. MRI shows a hyperintense rim on T1-weighted images with peripheral enhancement on gadolinium diethylenetriamine penta-acetic acid scan [3]. MRI is the preferred modality for imaging the pelvis [7], which is a common site affected by pyomyositis, and has been shown to identify the condition despite a normal CT scan in at least one documented case [8]. Therefore, MRI may be better suited than CT for early diagnosis. Standard blood tests should show leukocytosis, raised ESR/CRP, and anemia [9].
Muscle enzymes, such as aldolase, creatine phosphokinase, aminotransferase, and lactic dehydrogenase, may be within normal limits or slightly raised [3]. Blood cultures have a higher positivity in temperate regions and can be positive for S. aureus in up to 30% of cases [2]. The mainstay of treatment of pyomyositis is drainage of the abscess [10], either surgically or radiologically guided by CT or ultrasound [6], as in our presentation. If the diagnosis is made during the invasive stage with no abscess present, treatment is with IV antibiotics alone [4].
IV antibiotics commonly employed are β-lactamase resistant Penicillin, such as Flucloxacillin, as well as Vancomycin [3]. If a group A Streptococcus is isolated from culture, such as in our case, the antibiotic regime should be changed to a crystalline Penicillin [2]. Immunocompromised patients, including those with HIV, should be treated with a broad-spectrum antibiotic [3].
Treatment should be continued for all cases until the patient has been afebrile for 7–10 days. Outcomes vary depending on the speed of diagnosis and the presence of underlying disease. Pyomyositis can often necessitate a lengthy hospital stay and despite advances, there is still a substantial mortality rate of up to 10% in temperate regions [3].

Although rare in temperate climates this disease is increasing in prevalence. This case highlights that atypical presentations of hip pain coupled with evidence of infection should be thoroughly investigated including an MRI. The complications surrounding pyomyositis can be devastating. Septic arthritis would be more likely in the UK, however, this case report highlights that in the absence of evidence for septic arthritis, pyomyositis should be considered as a differential.

High CRP should never be ignored without extensive investigation in a previously healthy patient with no obvious source of infection. Pyomyositis is a serious and potentially life-threatening condition that is not limited to tropical climates. Further radiological imaging is beneficial in cases with an unclear diagnosis. MRI should be considered, note medial collections can be missed with an ultrasound of the hip from the lateral aspect. Aspirate sent for microscopy and culture from the intramuscular collection allows for honed antibiotics and ideally, patients should not be commenced on antibiotics until the aspirate has been taken. 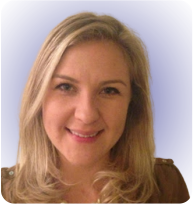 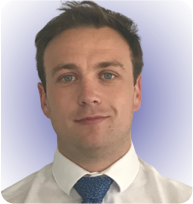 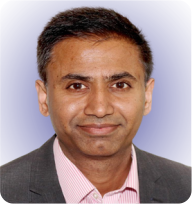