Koch’s Tuberculosis of the Sternoclavicular Joint

Introduction: Tuberculosis bacilli have lived in symbiosis with mankind since time memorial. Rigveda and Atharvaveda (3500–188 B.C), Samhita of charka and Sushruta (1000 and 600 B.C) have mentioned the disease by the name of “Yakshma” in all forms. Lesions have been found in Egyptian mummies also. In western world, the clinical features and communicability of the disease were known before 1000 B.C. Tuberculosis is still a challenging health problem in developing countries, affecting almost all organs. Osteo articular tuberculosis is uncommon. Tuberculosis involving the sternoclavicular joint is extremely rare and often is misdiagnosed because of its rarity and unusual location. Literature has very less number of cases reported so far.

Conclusion: Earlier detection and management of tuberculosis of such rare variants of joint infection help in preventing the destruction of osteo ligamentous structures, abscess formation, and joint instability. The report emphasizes on the appropriate diagnosis and management.

Tuberculosis bacilli have lived in symbiosis with mankind since time memorial [1]. Rigveda and Atharvaveda (3500–188 B.C), Samhita of charka and Sushruta (1000 and 600 B.C) have mentioned the disease by the name of “Yakshma” in all forms. Lesions have been found in Egyptian mummies also. In western world the clinical features and communicability of the disease were known before 1000 B.C. Tuberculosis most commonly affects the lung parenchyma and its extrapulmonary variants are around 15–20% [2]. Tuberculosis is still a challenging health problem in developing countries, affecting almost all organs. Osteo articular tuberculosis is uncommon. Skeletal tuberculosis is found in 1% of TB patients, mostly affecting the hip joint and vertebrae. Tuberculosis involving the sternoclavicular joint is extremely rare and often is misdiagnosed because of its rarity and unusual location and exceptional blood supply. The condition usually starts from the medial extremity of clavicle. Very less number of cases has been reported so far. It is mostly seen in older and immunocompromised adults. The pathogen indicated is Mycobacterium tuberculosis which causes granulomatous infection resulting in articular arthritis leading to destruction of osteo ligamentous structures and hampers joint stability. Herein, we are reporting the case of a patient with right sternoclavicular joint tuberculosis who presented with the complaints of pain and swelling at the medial end of right clavicle and no other symptoms.

Material and Methods
The case of sternoclavicular joint swelling presented to the orthopedic outpatient department and was evaluated clinically and radiologically. Patient was posted for surgical debridement and diagnostic biopsy after pre-operative workup and valid written consent from the patient. Microbiological and histopathological examination was then done to ascertain the diagnosis for appropriate management. A 70-year-old male presented with complaints of pain and swelling at the medial end of right sternoclavicular region. The swelling was insidious in onset and gradually progressed in size over a period of 1 month. Patient gave history of fever on and off with no history of loss of appetite, recent weight loss, or night cries. There was no previous history of any drug abuse, tuberculosis, or trauma. Local examination revealed swelling at right sternoclavicular joint. On palpation, local rise of temperature and tenderness was present, with no difficulty in range of motion. Chest radiograph (Fig. 4) showed normal lung fields with no other pathological findings. Ultrasonography revealed 2.2 × 1.4 CMS collection with internal echoes (Fig. 6). Magnetic resonance imaging (MRI) (Fig. 5) showed moderate fluid collection within the joint with mild synovial thickening and irregularity of the articular cartilage on the manubrium and clavicular aspect with articular and subarticular erosions. Diffuse subchondral erythema was also noted confirming right sternoclavicular joint arthritis, suggestive of Koch’s etiology. Blood analysis revealed C-Reactive Protein: 55 (0–5), erythrocyte sedimentation rate:116 mm/h. Total and differential counts were within normal limits. Serology done for HIV was negative. Provisional diagnosis of sternoclavicular joint TB was made and patient was posted for surgical debridement and diagnostic biopsy under general anesthesia. Ziehl Nielsen staining was negative for acid fast bacilli. Culture revealed occasional pus cells and Gram-positive cocci in pairs with no growth. Histopathological examination showed fibrocartilaginous and fibroadipose tissue along with mature bone tissue, stroma showed scattered chronic infiltrates, separately lying skeletal muscle tissue was identified. M. tuberculosis DNA PCR (GeneXpert) detected M. tuberculosis complex with no Rifampicin resistance. Based on the above evidence, combined four drug antitubercular drug therapy was started consisting of rifampicin (450 mg daily), isoniazid (300 mg daily), ethambutol (800 mg daily), and pyrazinamide (1500 mg in divided doses) in the initial intensive phase. The four drugs were given for a period of 3 months followed by rifampicin and isoniazid for 9 months. 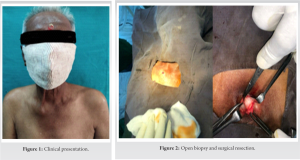 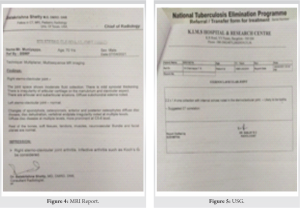 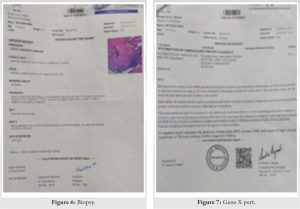 On follow-up, no relapse was found with relief in his clinical symptoms with normal laboratory test results. The biopsy wound healed and the swelling subsided in three weeks [7]. At the end of 1 year, the patient was symptoms-free, with full range of movements of shoulder accessed by Constant and Murley scoring system.

Sternoclavicular tuberculosis is unusual, extremely rare with non-specific signs and symptoms and comprises of approximately 1% of all osseous TB [5, 9]. It also accounts for 1% of septic arthritis. Before the antibiotic era, the most common pathogens indicated in sternoclavicular arthritis were from the genus Fusobacterium. In the post antibiotic era, anaerobic organisms have rarely been reported [1]. M. tuberculosis is the most common organism associated with sternoclavicular arthritis. Tuberculosis of thoracic cage is thought to be caused by reactivation of the foci formed by hematogenous dissemination from a primarily infected visceral focus which may be active or quiescent, apparent or latent either in lungs or the lymph nodes of the mediastinum, mesentery or cervical region [1]. Sternoclavicular infection can be secondary to skin infection, urinary and respiratory tract infections. The infection reaches the skeletal system through vascular channels, generally by the arteries as a result of bacillaemia. Tubercular bacilli reach the joint space through blood stream through sub synovial vessels or indirectly from lesions of the epiphyseal bone that erodes into joint space. It develops 2–3 years after the primary focus [1, 6]. Sternoclavicular tuberculosis is often insidious in onset and presents as cystic, tender, non-pulsating boggy swelling with associated localized pain, rarely with cold abscess and sinus. Diagnosis is often delayed because of vague symptoms and less reported cases. Complications are erosion of bone vessels and spread of abscess causing mediastinitis. There is destruction of osteoarticular cartilage. The differential diagnosis is osteoarthritis, Friederichs disease, Tietze’s syndrome, osteonecrosis of the medial end of clavicle, sternoclavicular hyperostosis, or rheumatoid disease [1] Dhillon et al. have suggested dual course for sternoclavicular tuberculosis [2]; a more aggressive one leading to a painful, destroyed joint associated with constitutional symptoms or a slowly progressive, relatively painless disease without constitutional symptoms and minimal joint destruction, due to differences in the virulence of the organisms and host resistance [3]. In our case, the patient had primary infection of sternoclavicular  joint with no other demonstrable foci of tuberculosis in lung or any other part of body. The MRI scan was suggestive of infectious etiology and it was confirmed on biopsy [8]. Shah et al. suggested that all radiological and imaging modalities are complementary but MRI is the best technique for early detection and diagnosis of sternoclavicular joint TB Radiological imaging along with biopsy yields good results for confirming the diagnosis and management. Surgery is performed for diagnostic confirmation and to clear any abscess. Anti-tubercular treatment achieves good results for the  management.

Early diagnosing is the mainstay for management of sternoclavicular tuberculosis. A strong clinical suspicion and multimodal approach is required to manage the disease [10]. Timely diagnosis and treatment in sternoclavicular joint TB will prevent possible complications, including compression or erosion of the large blood vessels at the base of the neck and migration of the tuberculous abscess to the mediastinum.

Solitary bony swelling at sternoclavicular joint further diagnosed as tuberculosis of sternoclavicular joint remains a rare entity. Early diagnosis with a strong clinical suspicion followed by investigations is the mainstay of treatment to avoid further disability. Less literature available so the article is a good medium to see the outcomes and management. 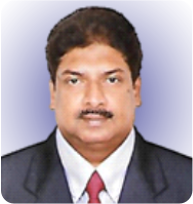 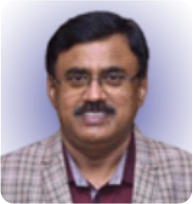 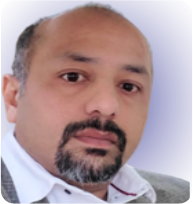 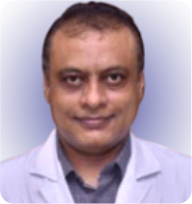 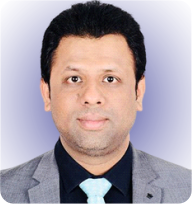 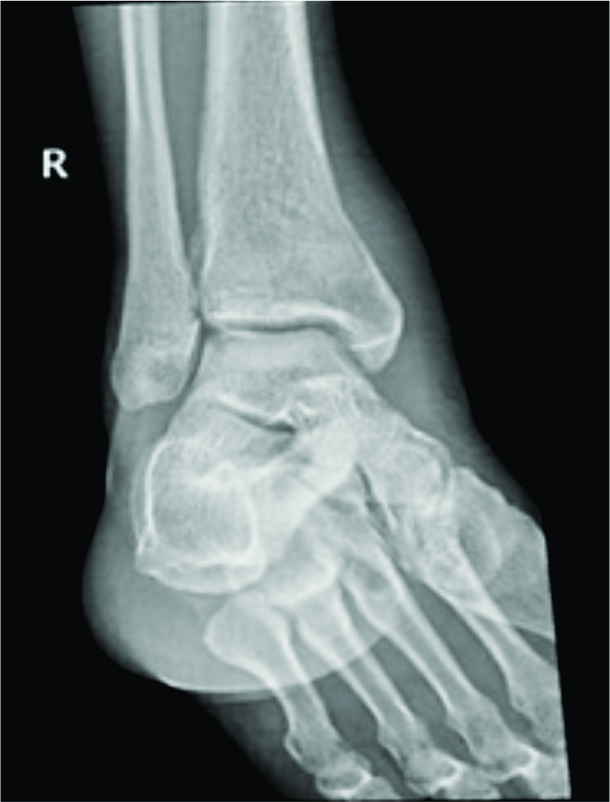 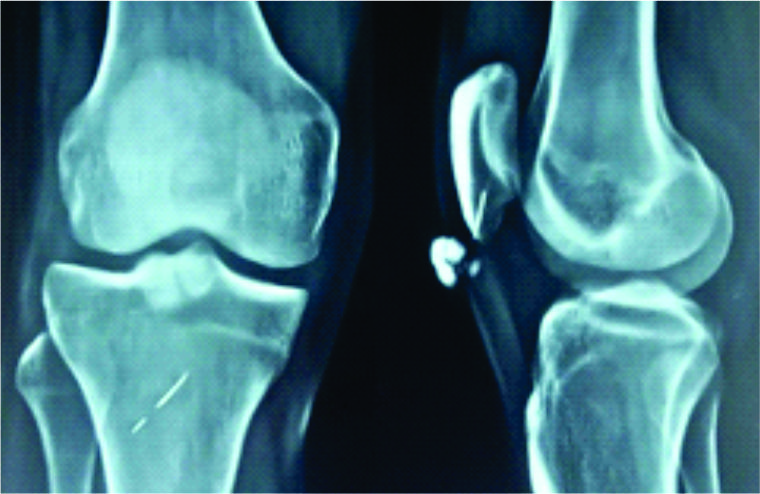 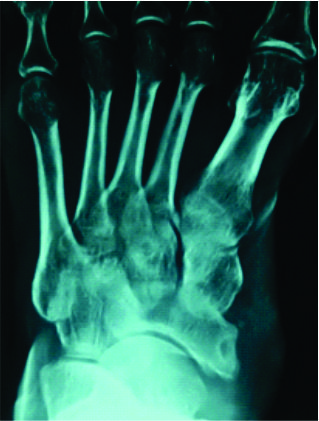 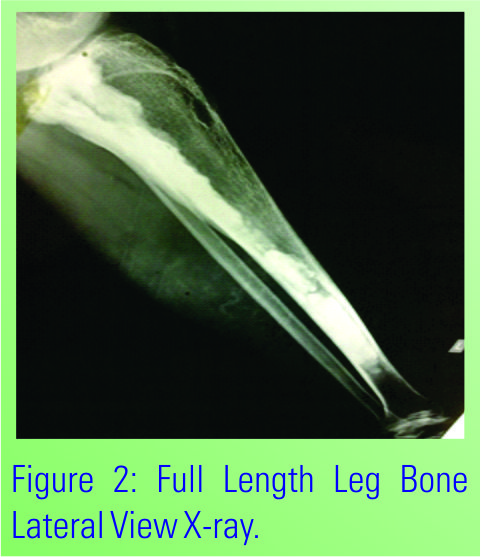