Introduction: Localized pigmented villonodular synovitis (PVNS) is a rare and benign condition of synovial tissue proliferation that affects the joints, tendon sheaths, and bursae. This case report is the first to describe a patient with a diagnosis of localized PVNS of the knee after presentation with bilateral and simultaneous onset of associated knee pain.

Case Report: A 28-year-old Japanese woman presented to our hospital with a 1-year history of bilateral knee pain and right knee locking that started 1 month ago. Magnetic resonance imaging demonstrated a mass lesion in both the anterior compartment of the right knee and in the posterior compartments of the left knee. Arthroscopic resection of the lesions was performed, and the diagnosis of localized PVNS was made by pathological analysis. At the 6-month follow-up, no evidence of recurrence was noted.

Conclusion: This case report describes localized PVNS of the bilateral knee, which is extremely rare. PVNS is a disease requiring surgical resection and should not be overlooked. It should be treated with the possibility of bilateral occurrence in mind.

Pigmented villonodular synovitis (PVNS) is a rare and benign condition of synovial tissue proliferation that affects the joints, tendon sheaths, and bursae. The typical age of onset is 20–40 years [1]. The etiology is unknown, and whether PVNS should be considered an inflammatory condition or a neoplasm is controversial [1]. Intra-articular PVNS often occurs in the large joints, and 66–80% of the cases occur in the knee joint [2, 3]. The condition is classified as either the diffuse type or localized type [4]. The incidence of PVNS is 1.8 cases in 1 million; the localized type accounts for 6% of all cases [2]. To date, six cases of bilateral PVNS have been reported, and one of these cases was the localized type, which is extremely rare [5, 6, 7, 8]. To the best of our knowledge, this case report is the first to describe a patient with bilateral localized PVNS of the knee with simultaneous onset. Patient presentation and diagnosis are discussed in detail. Moreover, this report is a valuable addition to the literature because it documents localized PVNS in the posterior compartment of the knee that could be arthroscopically removed using only the anterior portal. 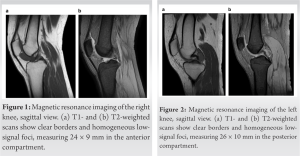 Arthroscopic resection of the right knee lesion was performed using the anterolateral and anteromedial portals. A yellow-brown mass was found in the anterior compartment; this mass had an irregular surface and was continuous to the infrapatellar fat pad (Fig. 3). The continuous part was cut and removed in one piece, and total synovectomy was performed after the removal of the mass. The removed specimen was tested for pathology. The patient was allowed to lead a normal life from the day after the surgery.

Subsequently, 1 month after the right knee surgery, arthroscopic resection of the left knee lesion was performed using the anterolateral and anteromedial portals. A yellow-brown mass was found in the posterior compartment, which had an irregular surface (Fig. 4). One part of the mass was removed; the rest of the mass was shaved and removed. Total synovectomy was performed after the removal of the mass. The removed specimen was tested for pathology. From the day after the procedure, the patient was allowed to continue his or her routine functions. Neither radiotherapy nor chemotherapy was used. Pathologic analysis showed hemosiderin deposits, multinucleated giant cells, histiocytic cells or spindle cells, and lipid-laden macrophages in the bilateral knee lesions (Fig. 5). These results confirmed the diagnosis of bilateral PVNS. 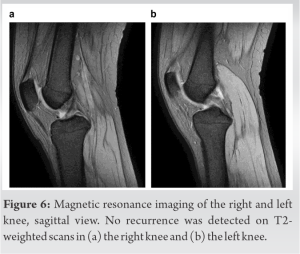 PVNS is a synovial proliferative disorder that often occurs in the large joints, especially the knee joint [2, 3]. Histologically, PVNS is characterized by lipid-laden macrophages, multinucleated giant cells, and deposits of hemosiderin within a fibrous stroma, with polyhedral histiocytic or spindle cells and proliferation of round cells [10]. The frequency of PVNS is rare, with 1.8 cases in 1 million [2]. The two categories of PVNS are the diffuse type and localized type, the latter accounting for 6% of cases [3]. Thus far, six cases of bilateral PVNS have been reported – only one of these cases was of the localized type, to our best knowledge [5, 6, 7, 8]. In that case, the pain was localized to the suprapatellar sac bilaterally; symptoms occurred first in the right knee and then in the left knee 4 years later [8]. In our case, the lesions manifested in the anterior and posterior compartments, and symptoms appeared simultaneously and bilaterally. This report is the first case of bilateral PVNS in which symptoms appeared in the anterior and posterior compartments. Clinical findings in PVNS show a presentation with various symptoms, especially for the localized type, which resembles a free body or meniscus tear [11, 12, 13]. Landon. examined 25 cases of diffuse and localized PVNS and reported that patients had pain (80%), swelling (76%), limited range of motion (52%), locking (16%), and a palpable mass (12%) [11]. Kim et al. examined 11 cases of localized PVNS and reported that patients had locking (64%), swelling (55%), pain (100%), limited range of motion (45%), a palpable mass (64%), and giving way (36%) [12]. In our study, the patient showed joint locking, tenderness at the joint line, and Watson-Jones test positivity in the right knee, which was suspicious for a meniscus injury. For imaging studies, MRI is useful for detecting the area of inflammation with hemosiderin deposits, and lesions have a low intensity on T1-and T2-weighted images for both the diffuse and localized types [14]. However, the diagnosis cannot be made on the basis of MRI alone, and differential diagnosis includes hemangioma, fibroxanthoma, synovial chondromatosis, amyloid or hemophilic arthropathy, and desmoid tumors [10]. Pathologic examination is required for definitive diagnosis [13]. In our case, localized PVNS was diagnosed on the basis of pathology. Untreated PVNS has been reported to cause joint deformity and destruction [15]. The treatment goals are to remove all abnormal synovial tissue, relieve pain, and minimize joint deformity changes. Synovectomy (open, arthroscopic, or both), arthroplasty, and radiation are the common treatments for PVNS [16]. In particular, excision by arthroscopy is useful for the localized type, and even lesions in the posterior compartment can be excised using the posteromedial and posterolateral portals, which is a useful minimally invasive approach [4]. However, use of the posteromedial and posterolateral portals creates a risk of neurovascular damage. A report by Jack et al. was the first to describe localized PVNS in the posterior compartment of the knee that was removed using only the anterior portal by bending the shaver, with no recurrence at 6-month follow-up [17]. Similarly, we were able to achieve complete removal using only anteromedial and anterolateral portals without bending the shaver. This case is one of a few valuable reports of localized PVNS in the posterior compartment of the knee that could be removed using only the anterior portal. Furthermore, in the present case, the tumor and synovial growth were localized and could be completely resected arthroscopically; hence, chemotherapy or radiation therapy was not required.

Bilateral and localized PVNS is extremely rare. Furthermore, to the best of our knowledge, this report is the first to describe contemporaneous onset of localized PVNS of the bilateral knee.

The diagnosis of PVNS can be overlooked because it is rare and presents with a variety of symptoms. In addition, clinicians should be aware that PVNS can be bilateral and should be diagnosed and treated accordingly. 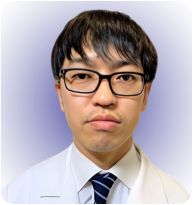 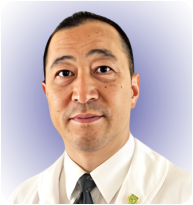 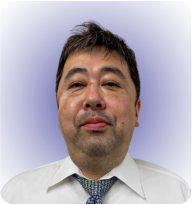 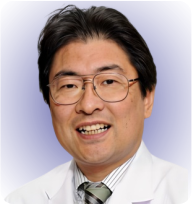 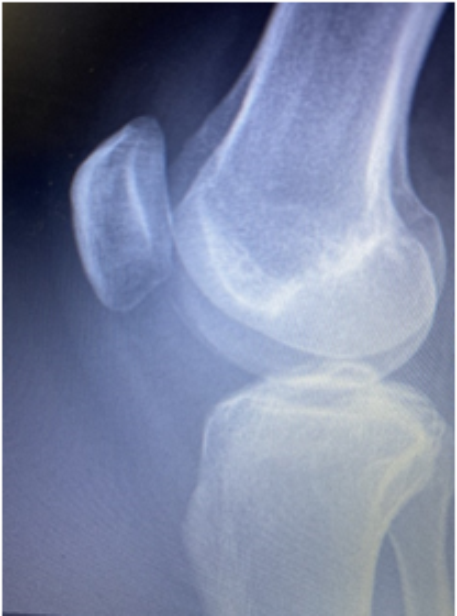 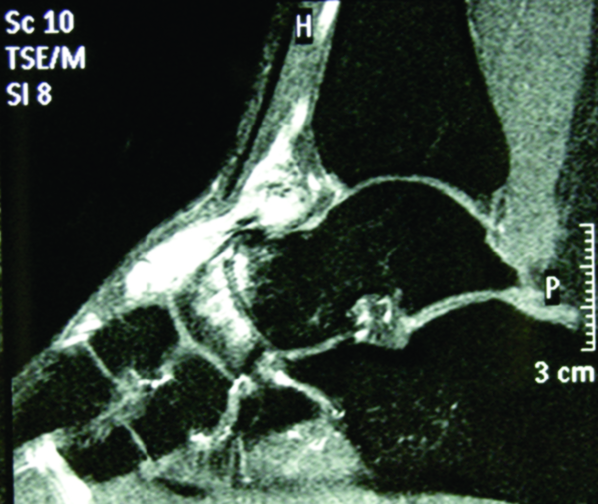 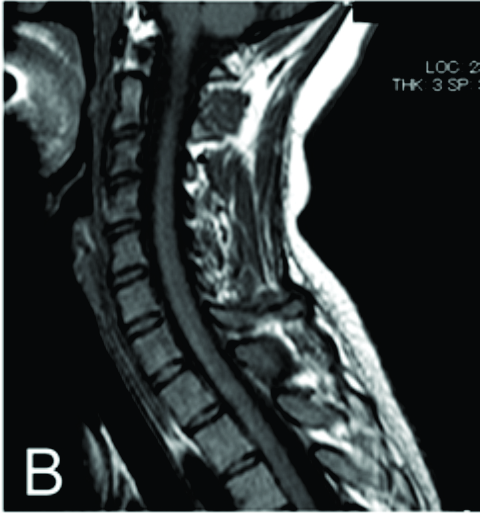 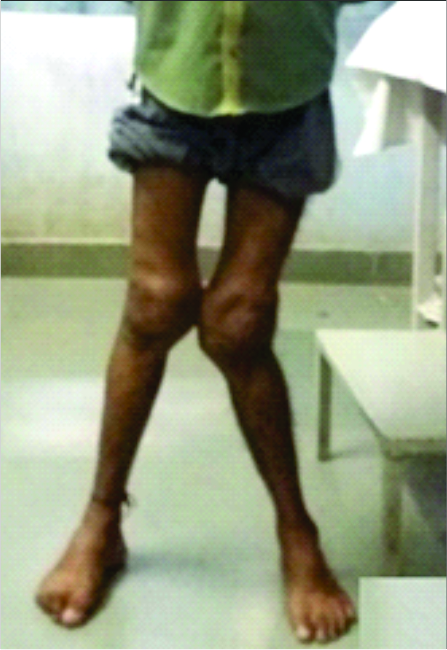