Introduction: The etiology of Klippel-Trenaunay syndrome (KTS) has a significant impact on the management of patient requiring surgical interventions. We report the strategies employed to address an infected non-union in a patient with KTS.

Case Report: The patient was transported to an initial treating hospital with femoral shaft fracture after experiencing a fall. The patient was diagnosed with KTS due to vascular malformations identified after severe intraoperative hemorrhaging. An open reduction and internal fixation was performed to stabilize the bone. Nine months after surgery, the patient was transferred to our hospital due to lack of healing with infected non-union. We prioritized treating the infection and plate displacement, and subsequently performed intramedullary nailing. Infection and intraoperative hemorrhaging were successfully controlled and bone union was confirmed 6 months after surgery.

Klippel-Trenaunay syndrome (KTS) is a rare congenital complex malformation characterized by the triadic presentation of (a) capillary malformations (port wine stain); (b) soft tissue and bone hypertrophy or, occasionally, hypotrophy of usually one lower limb; and (c) atypical and mostly lateral varicosity [1]. Long-bone fractures in patients with KTS require careful management due to profuse bleeding, delayed wound healing, infection, and fracture non-union [2, 3]. Moreover, patients with KTS can also develop osteoporotic bones [4]. Given the risk factors in patients with KTS, surgical management of long bone fractures in patients with KTS could encounter intra and post-operative difficulties. However, there are few reported cases of long bone fracture in KTS and to the best of our knowledge, there have been no reports about the management of infected non-union in KTS. We report a case of infected non-union despite surgical and antibiotic management of a femoral shaft fracture in a patient with KTS.

A 52-year-old Japanese man was initially transported to a hospital by emergency health service after complaining of the right thigh pain and gait difficulty following a fall. He was aware of his varices but had never been diagnosed with KTS. X-ray indicated a shaft fracture at distal third of the femur (Fig. 1a); External fixation with pinning was performed on the same day (Fig. 1b). Internal fixation with plate was attempted 4 days later; however, massive bleeding of totally 10 L occurred and the operation was discontinued. A contrast-enhanced computed tomography and angiography were performed to identify suspected vascular malformations; significant venous malformations and arteriovenous fistulas were found laterally from the right thigh to the knee (Fig. 1c). Based on these findings, the patient was diagnosed with KTS. Coil embolization to close the arteriovenous fistula was performed following intra-aortic balloon occlusion. To stabilize the bone, an open reduction and internal fixation (ORIF) was performed using a locking plate with screws (Fig. 2a). The distal wound had not healed by post-operative day 25 after the ORIF, prompting debridement and irrigation. Pathology report on the debridement tissue and wound discharge indicated the presence of Staphylococcus aureus and Corynebacterium striatum. This finding led to the administration of oral trimethoprim-sulfamethoxazole regimen. Three months after the ORIF, loosened screws and a slight plate displacement were found (Fig. 2b). 8 months after the ORIF, distal wound discharge had persisted alongside significant plate displacement and fracture non-union (Fig. 2c). At 9-month post-ORIF, the need for further therapeutic intervention led to the transfer of the patient to our hospital.

Although an arteriovenous fistula was found in the former hospital, the main lesion was venous malformation (cavernous hemangioma), so after consulting with a plastic surgeon in our hospital who specializes in this field, the patient was diagnosed again as KTS not Klippel-Trenaunay Weber syndrome. Physical examination revealed a dried skin ulcer (2 cm × 4 cm) with slight redness and localized heat on distal lateral side of the right thigh; furthermore, the right knee exhibited a poor range of motion with −20° extension and 40° flexion (Fig. 3a). On blood test, white blood cell was 5900/uL and C-reactive protein was 0.10 mg/dL. Radiographical study showed screw loosening, plate displacement, and femoral shaft non-union (Fig. 3b). After the transfer, the antibiotic therapy was switched to cefalexin. 15 days after the transfer, plate removal, debridement, and external fixation with Ilizarov rings were performed (Fig. 3c). Intraoperative blood loss was 1400 mL despite carefully performed hemostasis; the patient was transfused with two units (×2) of red cell concentrate (RCC) intra and postoperatively. The antibiotic was switched to intravenous vancomycin perioperatively. Once bacteria could no longer be detected from debridement tissue, the antibiotic was switched back to oral cefalexin. The skin ulcer fully healed following the operation (Fig. 3d). The external fixator was removed 3 weeks after plate removal (Fig. 4a), with minimal bleeding and no RCC transfusion. To prevent infection, intravenous cefazolin was used peri-operatively and oral cefalexin was used post-operatively. The right knee was immobilized with a brace and the patient was observed for 1 week to confirm the absence of subclinical infection around the external fixator. Retrograde intramedullary nailing (IMN) and autologous bone grafting from left ilium were performed following the observation period (Fig. 4b). Considering that the femur had narrow medullary canal and sagittal deformity, and that KTS can cause osteoporosis, we began with careful manual reaming to avoid perforation of the cortex with image intensifier verification; the reamer diameter was sized up from 6 mm to 8-by-1 mm, and then carefully to 10-by-0.5 mm using an electric reamer, with cooling saline to prevent heat induced bone necrosis. The Phoenix Retrograde Femoral Nail (Zimmer Biomet) of 9 mm diameter and 260 mm length was selected, and considering the lateral venous malformation, three of four distal locking screws were inserted from the medial side. Manual astriction provided manageable hemostatic control with 600 mL intraoperative blood loss; the patient received two units of RCC postoperatively. Perioperative intravenous cefazolin was used to prevent infection. Low-intensity pulsed ultrasound (LIPUS) therapy was started on post-operative day 13. Right knee was immobilized with a brace for 1 week after the internal fixation, then range of motion training was started. Partial weight bearing was allowed from 4 weeks after the surgery and full weight bearing could be performed 3-month postoperatively. Oral cefalexin had been continued for 3 months since plate removal. The patient began full weight bearing on his right leg 3 months after the final procedure; bone union was confirmed and LIPUS was discontinued 3 months later (Fig. 4c). The patient returned to work 8 months after the final procedure and was fully ambulant and pain-free at the most recent follow-up, 2 years after the final procedure. 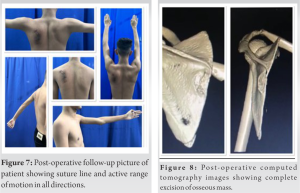 KTS is a rare and complex vascular malformation syndrome, occurring in 1/20,000–40,000 live births [4, 5]. It commonly involves the lower limbs followed by the upper extremities, head, neck, and trunk [3]. The surgical management of fractured long bones in patients with KTS is associated with intra and post-operative complications [3]; this is likely attributable to the high risk of bleeding and poor bone quality due to KTS [2]. Tsaridis et al. reported a case of 42-year-old woman with KTS, who underwent a femoral shaft fracture fixation with an IMN lock using freehand technique. Bone union was finally achieved but the patient needed totally 10 units of blood transfusion intra and postoperatively. Precise pre-operative planning, less invasive fixation method with skilled surgical technique, and reliable perioperative support are essential aspects of minimizing the risks of catastrophic hemorrhage when managing long-bone fractures in patients with KTS [3]. Another report of a 32-year-old man with KTS, who suffered a complete diaphyseal femoral fracture, demonstrated the challenges that result from the slow healing of bone fractures in KTS patients. Initial treatments by skin traction and following skeletal traction ended up in failure. Therefore, internal fixation with plate was performed, which led to significant hemorrhaging and 15 units of blood transfusion. It is important to balance the risk of fracture healing failure in conservative management due to slow bone healing against the bleeding risk in ORIF [4]. Gupta et al. reported the KTS case of 12-year-old girl with femoral shaft fracture. The use of skeletal traction followed by closed reduction and immobilization with an external fixator was shown to allow healing over approximately 4.5 months without the need for blood transfusion [2]. Notarnicola et al. reported the KTS case of 52-year-old man with diaphyseal femoral fracture. IMN was performed and four units of blood were transfused postoperatively [6]. These previous reports indicate that there may be variations in surgical skill, patient anatomy, or other variables, which can significantly impact the clinical outcomes of surgical interventions in patients with KTS. Unlike the previous reports, our patient did not have a recent fracture. Three surgeries were performed in the initial treating hospital. Although the internal plate fixation presented a viable strategy, the result was an infected non-union. When the patient was transferred to our hospital, we faced three significant obstacles: Infection, soft-tissue damage, and fracture non-union. We prioritized infection control and soft-tissue healing, and performed the plate removal, debridement, and external fixation with Ilizarov rings. Before the definitive internal fixation, we carefully developed a pre-operative plan. For surgical treatment of distal femoral shaft fractures, IMN or plates are used for internal fixation in general [7, 8]. However, consensus about the best management option remains controversial. Rollo et al. reported no statistical difference for the use of locking retrograde IMN or plate in terms of surgery time, blood transfusion, and wound healing [9]. In contrast, IMN has been reported as significantly favorable for a patient’s post-operative quality-of-life [10]. Pekmezci et al. reported that retrograde IMN has higher fatigue strength than locking plates [11]. A narrow intramedullary canal and sagittal deformity of the femur make IMN challenging. However, initial internal fixation with plate was not successful, and considering the poor soft-tissue condition around the knee, we opted for IMN. Since our patient had significant venous malformation in the lateral side, we inserted three of four distal locking screws from medial side to avoid massive bleeding. The operation was successful and only two units blood transfusion were needed postoperatively. We used LIPUS for post-operative therapy as suggested by a previous report [4], which may have contributed to successful bone healing in the patient.

We have described a case of KTS with infected non-union following a femoral shaft fracture. With sufficient pre-operative evaluation of vascular malformation, bone health, and careful management planning, we successfully controlled the infection and performed retrograde IMN without significant hemorrhaging.

In treatment of infected non-union with KTS, the key factors to minimize procedural complications are sufficient pre-operative evaluation and planning, surgical skill, and perioperative resource management. 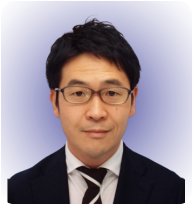 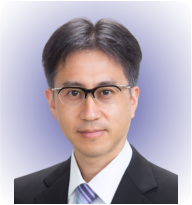 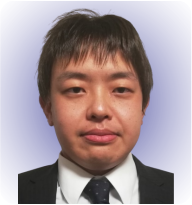 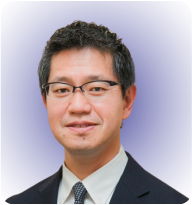 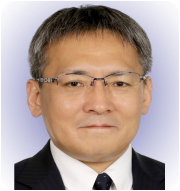 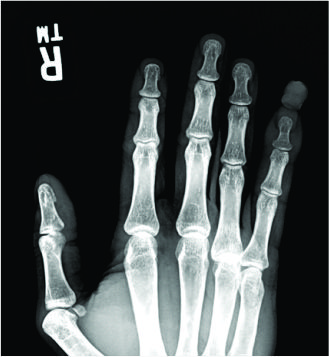