Introduction:Latissimus dorsi ruptures are rare injuries more commonly seen in elite overhead and hip throwers athletes. The most frequent mechanism of injury is indirect. The management of these injuries is unclear and controversial.

Case Report:In this case report we present a professional female handball player with an acute intramuscular/costal tear of the latissimus dorsi, managed operatively. The patient injured extremity was the dominant throwing arm with a palpable muscle gap of 3 cm. Operative treatment was taken and objective follow-up using UCLA shoulder rating scale and DASH scores; demonstrating a progressive improvement between day zero (UCLA 13pts and DASH 36.7 pts) and the final 6 months (UCLA 33pts and DASH 0.8 pts) follow up; returning to sport at 12 weeks.

Conclusion:Latissimus dorsi costal tears are uncommon injuries that can also be seen in hip throwing athletes. Surgical management should be considered if the dominant arm is affected and a 3cm muscle gap is present.

Latissimus dorsi (LD) ruptures are rare injuries more commonly seen in elite overhead throwing athletes such as major league baseball players [1, 2, 3], but have also been described in water skiiers [4], steer wrestlers [5, 6] and rock climbers [7]. The most frequent mechanism of injury is hyperextension and hyperabduction of the arm [8].
Friedman et al. have described four types of LD ruptures [9]: Isolated tendon avulsion of the LD, combination of injuries (LD + pectoralis major, teres major (TM) or rotator cuff) isolated myotendinous strain and the least common intramuscular strain, also named LD costal tear [10, 11].
The management of these injuries is unclear and controversial. Reports of success rate and return to sports (RTS) treated non-operatively in professional baseball players with LD tendon avulsions or combinations of injuries (TM, pectoralis major, rotator cuff) has been of 90% and 94% [2, 3]. On the other hand, a success rate and RTS of 100% have been reported with operative treatment in professional baseball players with the same type of injury [12]. Regarding the so-called intramuscular strain or costal tear there have been so far two reported cases in the literature, all treated non-operatively with RTS at 2 and 3 months [9, 10, 11].
In this case report, we present a professional female handball player with an acute intramuscular/costal tear of the LD, managed operatively. As far as we know this is the first female athlete that presented a LD costal tear treated operatively.

A 23-year-old left-handed female professional handball player (1.72 cm, 65 kg, BMI 21.97 kg/m2) who presented at the hospital after experiencing left shoulder pain. The player injured herself during the late cockphase of a hip-throw in a professional handball game. She felt sudden pain and a “pop” in the posterior axillary fold and was unable to return to the game. The physical examination revealed a 3cm palpable defect lateral to the rib cage with loss of contour of the LD muscle belly and posterior axillary fold. A small hematoma was present at the time of the diagnosis, as well as a complete, but painful range of motion of the shoulder. A significant weakness in counter-resistance adduction was also observed. Magnetic resonance imaging (MRI) demonstrated a complete focal muscle rupture, distal to the myotendinous junction of 3.3 × 2.4 cm of diameter, as well as focal edematous changes. (Fig. 1 – Magnetic Resonance Image.) The teres and pectoralis mayor were intact.

Five days after the injury the patient was taken to the operating room for a LD costal tear repair. Placed in a lateral decubitus position with the affected arm in hyperabduction. An 8 cm incision over the muscle defect, along the posterior axillary fold was performed (Fig. 2). 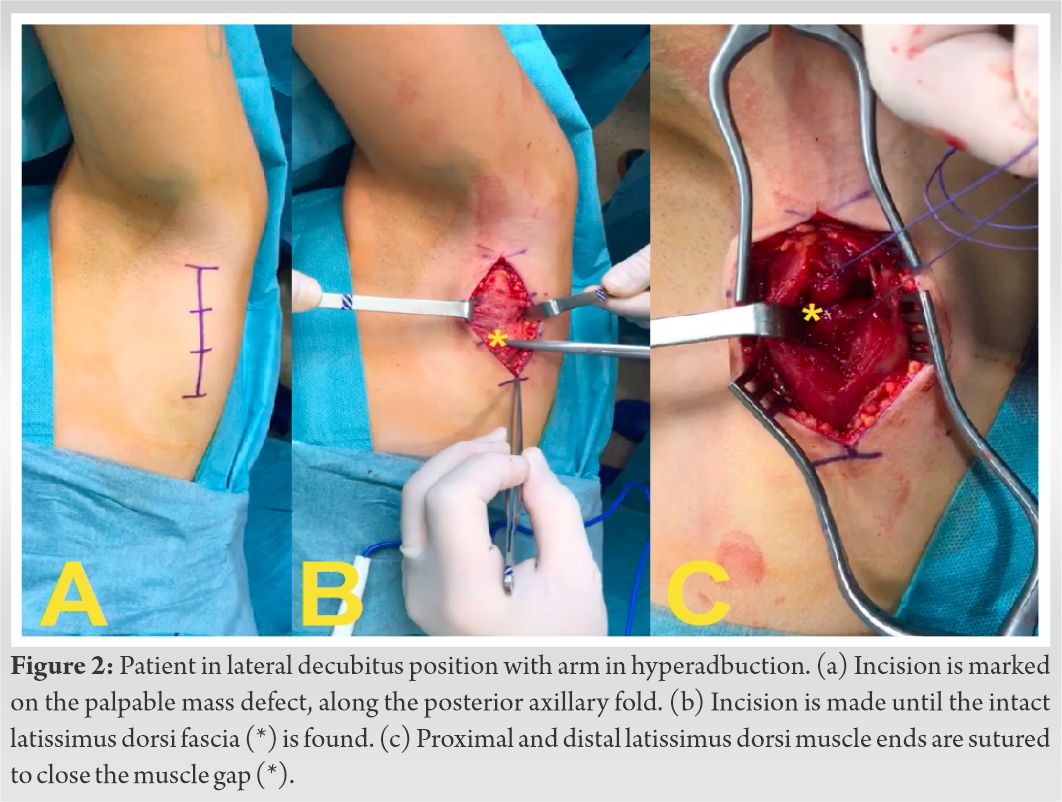 The result was evaluated using the UCLA shoulder rating scale and DASH Score at day 0 (before the surgery), then at 1,3, and 6 months after surgery, showing a favorable evolution (Table 1 – Clinical scores). The patient RTS was, at 12 weeks.

LD injuries are rare and uncommon in overhead throwing athletes, that occur in the late cocking and acceleration phases of the pitching cycle where the LD is more active and is at it’s maximal external rotation [13]. This was demonstrated by an electromyographic study by Gowan et al. (where a 185% of maximum voluntary muscle exertion test in the LD); predisposing professional overthrowing athletes to LD injuries [14].
This injury presents clinically with acute posterior axillary pain and a “pop” sensation at the release and follow-through pitching phases [3]. Although the gestures and techniques of pitching in baseball and throwing in handball are different; the phases are relatively the same. In our report, the patient reported a sudden “pop” during the late cocking and acceleration phases and the pain was presented in the release and follow through phases of the pitching cycle.
LD injuries in overhead throwing athletes are commonly seen in the distal insertion of the LD and are referred as avulsions of the native footprint in the humerus [1, 2, 3, 4, 12]. Balius et al. were the first to report a LD costal tear. The patient was an elite male handball player who injured while performing a hip throw and noticed sudden pain and a palpable muscle gap, lateral to the rib cage [10]. Çelebi et al. described another LD costal tear in an elite female track athlete while performing a weight training exercise (snatch) [11]. In another study by Pedret et al. reported two LD myotendinous strains after Basque pelota hip throws [15]. This is interesting to the future to come because we observed that overhead throwing athletes suffered distal avulsions of the LD and those athletes with hip throwing movements may cause proximal muscle costal tears or myotendinous strains.
Much attention has been centered in the management of these injuries and no consensus or guidelines are given so far. Recently, two series of overhead throwing athletes with the diagnosis of LD avulsion were treated nonoperatively, with a relative good outcome. Schickendantz et al. reported 10 players with LD or teres major (TM) tears, of which 5 were isolated LD tears, 4 teres major and 1 combined injury (LD + TM) all treated non-operatively. All athletes returned to sports after a year of the injury and one of the five patients of the LD tears had a recurrence, treated again non-operatively for 6 weeks [3]. Nagda et al. review a total of 16 patients with LD and TM injuries; reporting avulsions (N=6) and muscle strains (N=10), all treated non-operatively with a reported success rate and RTS of 94%. However, sub classifying the reported data in the avulsion group; 2 had isolated LD avulsion, 1 of them had a reinjury and a TM avulsion 13 months later. The other patient had a setback in the throwing activities of 84.4 days compared from the rest of the group (35.6 days). In the group of muscle strains, two patients with LD+TM strains had a setback in rehabilitation and 1 patient with the diagnosis of LD + TM strain, recurred with 2 LD strains [2]. In the study by Pedret et al. of 4 athletes with isolated LD myotendinous strain; two of them reported a reinjury at the time of RTS (11 and 12 weeks) and 1 of them had a second reinjury (8 months later) [15]. With previous data can infer that injuries involving specifically the LD treated nonoperatively; simple strains, myotendinoues strains or avulsions can recur.
On the other hand in a more recent study, Erickson et al. reported operative treatment in LD or TM avulsions 11 out of 13 overhead throwing athletes who had failed conservative treatment, the indications of surgical treatment was loss of accuracy, pain during late cocking, acceleration phases, tenderness and palpable defects, reporting a success rate and RTS of 100%, with no recurrences reported. Interestingly these authors did not subclassify the injuries in LD or TM isolated or mixed; due to its distal common insertion, they decided to treat them as one injury. Authors believe that a trial of non-operative treatment of 3-6months should be offered if the retraction of the injured tendon is less than 3cm, but if the retraction is 3cm o more surgical treatment should be offered instantly [12].
Due to the previous reports of recurrences of specifically LD strains or avulsions previously reported [2, 3] and the limited literature of this type of injury in our patient (LD costal tear) [10, 11]. Considering that the injured extremity was the dominant throwing arm, and a palpable gap of 3 cm, we decided operative treatment and was evaluated through an objective follow up using UCLA shoulder rating scale and DASH scores; demonstrating a progressive improvement between day zero (UCLA 13pts and DASH 36.7 pts) and the final six months (UCLA 33pts and DASH 0.8 pts) follow up.

LD injuries are uncommon injuries that can also be seen in below head o hip throwing athletes, manifesting in muscle strains or costal tears. Surgical treatment for costal tears is a secure and viable option for elite hip throwers and should be an option if a muscle gap of more than 3cm is present and the dominant arm is affected. 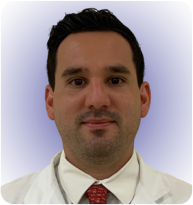 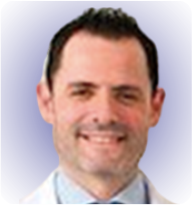 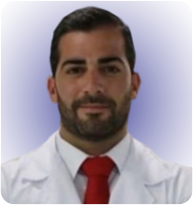 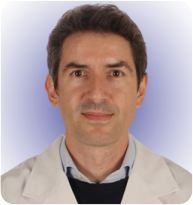 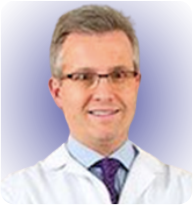 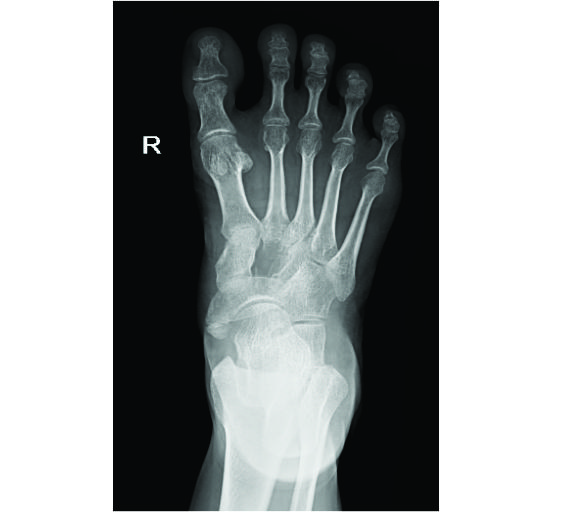 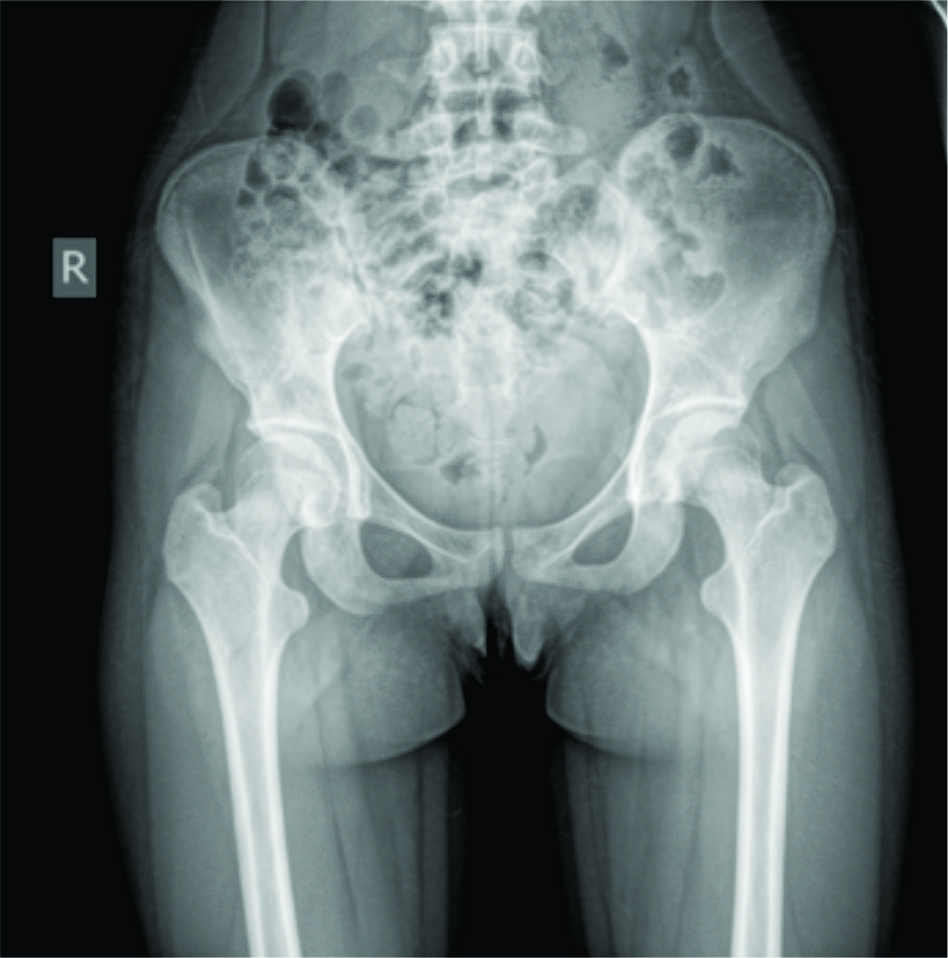 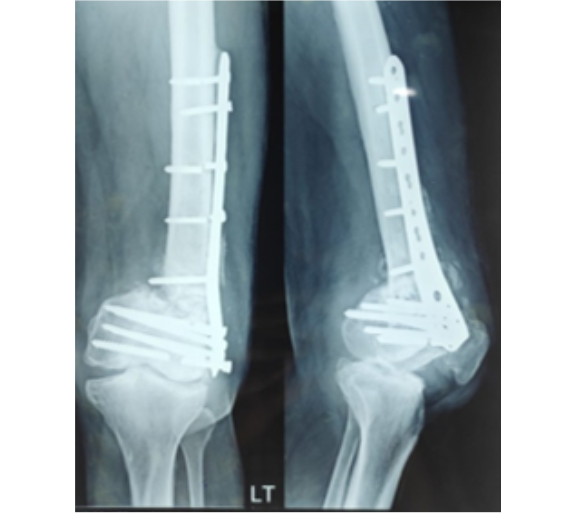