Introduction: Non-idiopathic clubfeet are more rigid compared to idiopathic clubfeet and usually require operative correction. Recent reports favor Ponseti casting in these feet. Iatrogenic fractures during and after casting have been reported in the literature but epiphyseal separation and subperiosteal ossification have not been reported earlier.

Case Report:A3-year-old female child presented with untreated bilateral clubfeet and lumbosacral myelomeningocele. She was treated by Ponseti casting. During the casting session, we noticed swelling and deformity in the left leg and feet. After X-ray, distal tibial, fibular epiphyseal separation, and displacement were noticed. She was treated by manipulation and casting and final correction achieved by bilateral tendoachilles tenotomy.

Conclusion: Ponseti casting for non-idiopathic clubfeet may develop epiphyseal displacement of distal tibia and fibula; hence, any abnormal swelling and deformity need to be evaluated by radiograph.

Congenital clubfeet deformity is commonly seen in 30–50% of myelomeningocele (MMC) patients [1]. Main reason of the lower limb deformity in such cases is neurological imbalance. As the deformity is rigid, surgical release has been the preferential treatment but has high recurrence rate [2]. Recently, Ponseti casting technique has shown good results in non-idiopathic clubfeet [3, 4]. However, the problems associated with casting in such cases are skin hyperemia and breakdown, iatrogenic, and post-traumatic distal tibial fractures [5, 6]. All reported cases of iatrogenic fractures were in metaphyseal area and were after correction or during bracing [6]. Grayev et al. reported periosteal reaction in distal tibia and fibula but no epiphyseal displacement in response to manipulation in children <5 months [7]. This is a only reported case of distal tibial epiphyseal separation during casting session in MMC.

A 3-year-old female child presented to us with untreated bilateral clubfeet. The mother had an uneventful full-term institutional normal delivery. The baby also had a lumbosacral closed MMC with neurological deficit below knee (Fig. 1). No attempt for MMC and clubfeet correction was done before reporting. On examination, the baby was conscious, oriented and had weakness in bilateral tibialis anterior (1/5), extensor hallucis longus (1/5), extensor digitorum longus (1/5), peroneal muscles (1/5), tibialis posterior (3/5), flexor hallucis longus and digitorum longus (3/5), gastrosoleus (3/5), and sensory loss in L4-S5 region. Her Pirani score was 3 on the right and 2.5 on the left side. (Posterior crease 0, Emptiness of heel 0, Rigidity of Equinus 1, Talar head 1, Medial Crease 0, Curvature Lateral Border of foot(1 right/0.5left). Both tibiae were in intorsion(Fig. 2). She had callosity on dorsolateral aspect of the right foot as she was walking on deformed foot(Fig. 3). Pre-plaster X-rays showed abnormal talocalcaneal relation and malrotation of talus in the right foot while moderate in the left foot(Fig. 4).

She was enrolled for Ponseti weekly casting regimen but due to financial and family affairs, she reported every 2nd week. On fifth visit, after removal of cast, we found that distal third left leg was deformed, swollen, and non-tender. The left ankle was in valgus and skin breakdown on posterior aspect of the left heel was also noted (Fig. 5, 6).The right foot was well corrected. We got radiographs of both ankle with leg and found anterolateral epiphyseal displacement of the left distal tibia and extensive periosteal reaction along tibia (Fig. 7). The displaced distal tibial epiphysis was manipulated posteromedially for correction and long leg cast was applied for 3 weeks. After cast removal, X-ray showed persistent epiphyseal displacement with lots of subperiosteal bone formation along tibia (Fig. 8).

The leg was clinically better. Bilateral tendoachilles tenotomy was done and long leg cast was done. Post-correction ankle foot orthosis was given and followed up for 1 year. Now, she has plantigrade feet without limb length discrepancy(Fig. 9, 10).

In spinal dysraphism, the incidence of clubfoot is 30–50% which goes upto 90% in those with thoracic or lumbar lesions. These deformities are usually rigid and difficult to treat [1]. Most of them are resistant to conservative management and need surgical release for complete correction [2]. Now, Ponseti manipulation technique is being successfully used for non-idiopathic clubfeet. Janicki et al. compared the outcome of Ponseti manipulation technique in 23 children (40 feet) of non-idiopathic and 171 children (249 feet) of idiopathic clubfeet. In the non-idiopathic group, full correction was achieved in 50% cases and 44% recurrences compared to 84.3% and 13% in idiopathic clubfeet group [3]. In subgroup of the non-idiopathic patients (9 feet, five patients), 66% feet were corrected by cast and 33% required surgical release. Skin breakdown was seen in two out of five patients. No case of distal tibial or fibular fractures was noted [3].Dobbs et al. reported high success rate of Ponseti technique in myelodysplastic clubfeet. Only 6%required surgical release [4]. We also treat all non-idiopathic clubfeet initially with Ponseti casting initially. If it fails, then surgical release is done and the amount of tissue release required is always less. The complication rate of casting in non-idiopathic clubfeet group has been found higher as compared to the idiopathic clubfeet. Mulder et al. in their systematic review found that non-idiopathic clubfeet had higher complication rate (20.3%) compared to idiopathic clubfeet (7.1%). They classified the complications as mild (blistering, skin hyperemia, and swelling) and intermediate (iatrogenic fractures, cast slippage, sores, or skin breakdown). They reported two cases of iatrogenic fractures in spina bifida group but none in arthrogryposis [8].These two cases were from study done by Gerlach et al. [5]. They found clubfeet deformity in 19% of 67 patients with MMC. About 9patients (32%) developed skin blistering out of which six developed relapse due to non-continuance of brace. Iatrogenic distal tibial fractures were seen only in two patients of MMC. In one patient, healing fracture was seen during casting session and the second patient with fracture was noticed by parents 1 day after initiation of bracing. Underlying osteopenia and lack of sensation in the leg were supposed to be the cause [5]. Similarly, Volz et al. [6] reported four cases of distal tibia and fibula fractures following clubfoot casting. All were post-traumatic and after complete correction of deformity. None of them were due to manipulation or forceful bracing [6]. In our case, we noticed the painless leg swelling in distal third along with skin blistering. The X-ray showed epiphyseal displacement anterolaterally which may be due to excessive pressure used to correct the deformity without patient resistance. The extensive subperiosteal ossification along tibia may be due to periosteum avulsion. In MMC, the periosteal attachment with bone is poor as shown by Houde et al. They found that bone mineral density decreases after immobilization and increases after remobilization [9]. Inadequate loading of the lower limb may lead to osteopenia and it may be cause of fractures. Ranjan et al. reported about distal tibia and fibula fractures in 222 non-neurological club feet including idiopathic, atypical, neglected, relapse, recurrent, and syndromic clubfeet. They found 10 patients with 14 feet having this complication. The incidence was 1.3%, 15.7%, 12.5%, and 27.3% in idiopathic, neglected, relapse, and syndromic feet, respectively. They also reported that the risk of fractures was high in atypical feet, those requiring more than 10 casts, those having dorsiflexion <10° after tenotomy and when casts applied by residents <3 years of experience. They did not report about neurological club foot [10]. This findings suggest that iatrogenic clubfeet can occur in all types of clubfeet. We need to find the incidence of such fractures and epiphyseal injuries in non-idiopathic clubfeet also. In the previous reports, distal tibial metaphyseal fractures have been noticed. Mostly, it was reported after correction of clubfeet. Our case was unique because distal tibia and fibula epiphyseal displacement and excessive subperiosteal ossification in tibia had not been reported in non-idiopathic clubfeet earlier. These findings are corroborative evidence of excess pressure used for correction of deformity.

The risk of epiphyseal injury of distal tibia and fibula existsin non-idiopathic clubfeet. During corrective casting, valgus deformity of feet and swelling of distal leg should raise its suspicion.

This case report gives us a message that non-idiopathic clubfeet are more rigid compared to idiopathic clubfeet. Its correction by casting may cause distal tibial injury either metaphyseal fracture or epiphyseal separation. Any swelling or valgus deformity of leg should be evaluated to rule out these complications. 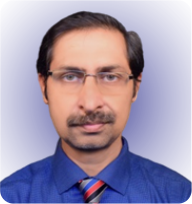 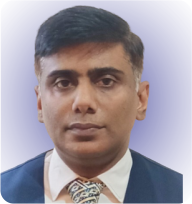 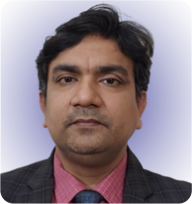 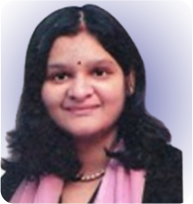 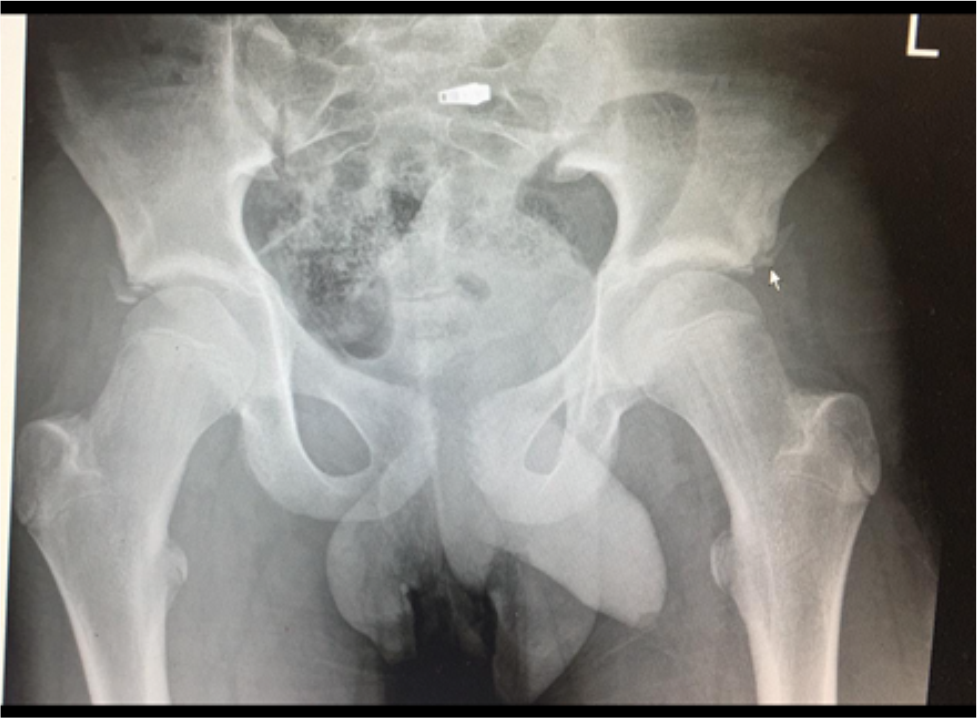 The Case of Disappearing Tibia in Rheumatoid Knee Tenosynovitis... 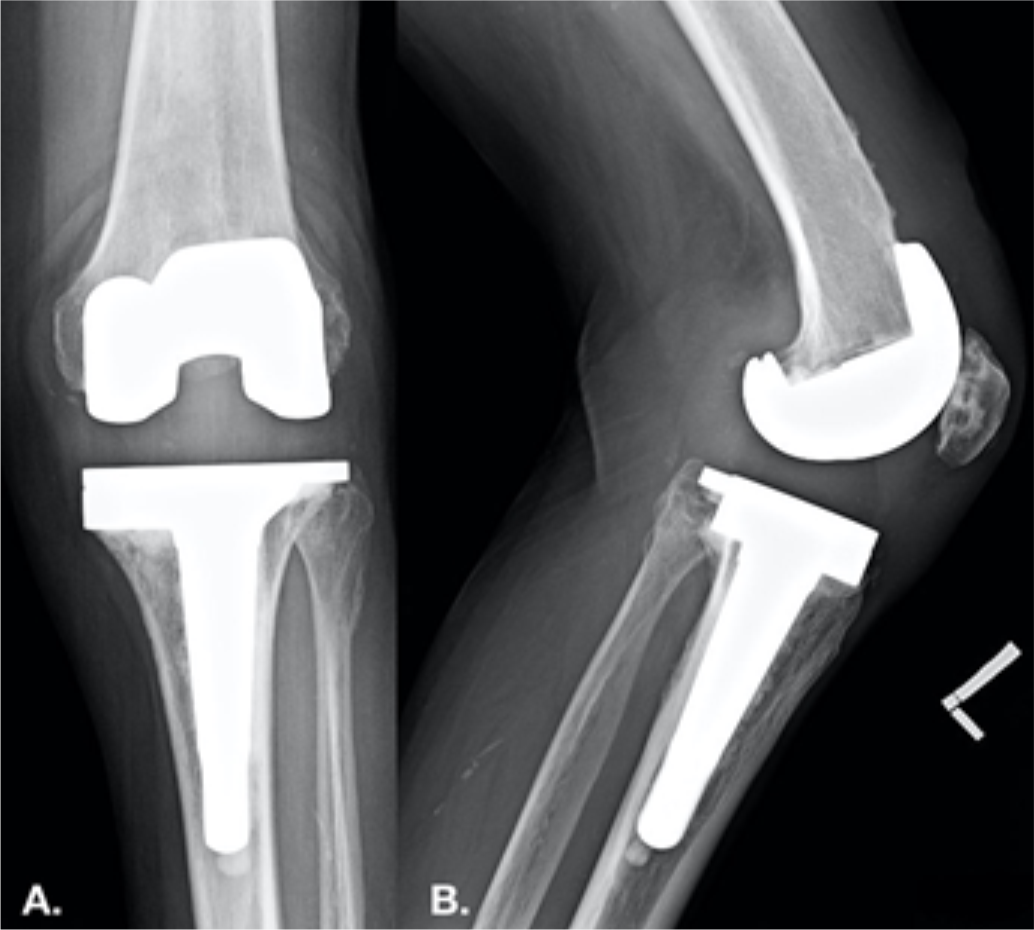 Usefulness of Bridging External Fixation for Prevention a Collapse in the Case of Osteoid Osteoma in... 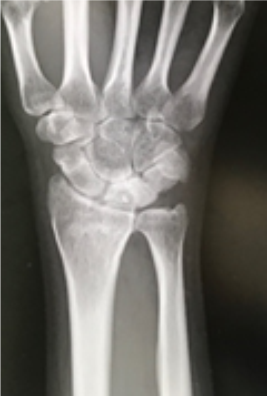