It is rare but possible that a suture granuloma can arise even years after surgery.

Introduction: Rupture of the Achilles’ tendon is a common injury occurring particularly in middle-aged men due to sports trauma. Operative treatment is preferred generally due to lower risk of re-rupture. Possible complications of the operation include suture granulomas. Suture granulomas might represent a foreign body reaction, which itself is the end-stage response of the inflammatory wound-healing process to biomaterials. It may occur with both absorbable and non-absorbable suture materials such as silk in our case. The aim of this study is to present a case of a delayed foreign body reaction 30 years after open repair of the Achilles tendon with silk sutures.
Case Report: Our case is a 38-year-old male who presented to our outpatient clinic with complaints of swelling and pain around the posterior region of the ankle for the past 3 months. He had a history of open Achilles tendon repair at the age of 3 at the site of complaints. Physical examination was positive for a mass under the incision scar. Magnetic resonance imaging report was positive for a granulomatosis formation. The patient was booked for an operation to remove the mass.
Conclusion: Suture granuloma represents a tissue reaction against the suture material. Orthopedic literature is sparse for such cases and case reports. Both because of its rarity in orthopedic literature and the amount of time between the surgery and reaction, our report is a valuable addition to the literature.
Keywords: Orthopedic, case report, Achilles repair, suture granuloma.

Case Report
A 38-year-old male presented to our outpatient clinic with the complaints of swelling and pain around the posterior of the ankle for the past 3 months. We revealed that he underwent an open repair of the Achilles’ tendon after it was cut by a piece of glass at 3 years of age. The operation report indicated that silk was utilized for the repair of the Achilles’ tendon. On physical examination, a quasi-solid soft tissue mass, almost 3 cm × 3 cm in size, painful with palpation, was noted on the former incision scar of the ankle (Fig. 1). There was neither fistula nor drainage. Muscle power of the plantar flexion was graded as 5/5 in addition to a slightly limited range of motion in the ankle due to pain. The infection parameters, white blood cell count, erythrocyte sedimentation, and C-reactive protein were normal in the laboratory tests (8 × 103/mL and 5 mm/h, 2 mg/L, respectively). Magnetic resonance imaging (MRI) displayed a lesion of 3 cm × 3 cm × 3 cm with low signal on both T1 and T2, and the zone around the lesion demonstrated low signal on T1 and high signal on T2, consistent with granulomatosis formation with reactive tissues around (Fig. 2). Similarly, an ultrasound revealed a heterogeneous cystic mass with echogenic material associated with the Achilles’ tendon. Together all pointed to the possibility of a chronic infection at the ankle. Aspiration of the mass showed a serohemorrhagic fluid which had negative cultures. Due to normal laboratory results and no bacteria in the culture, our initial diagnosis was that the patient had a foreign body reaction. As a result, an operation was undertaken by the senior author based on the preliminary diagnosis, physical, and radiological examination. A prophylactic single dose of cefazolin administered 1 h before spinal anesthesia. The patient was put into sleep in prone position under spinal anesthesia, and a knee above tourniquet was fastened. An incision approximately 8 cm which included the former one was longitudinally made just medially to Achilles’ tendon. There was no sign of infection at the ankle. After the enough exposure, the granulomatosis tissue was excised. Suture materials were detected inside the mass (Fig. 3). After excision of the mass, the defect about 3 cm on the tendon was repaired with polyethylene non-absorbable sutures. At the operation, the mass was dispatched to pathology and culture. After 1-wound drain was put inside the wound, the subcutaneous tissue and skin were primarily closed. Finally, a below knee circular cast was applied with the ankle at 10° of plantar flexion. Histopathological examination indicated classical findings of the foreign body reaction: Hemosiderin-loaded macrophages, giant cells, and eosinophilic infiltration. No microorganism was derived from the wound culture. 3 weeks after the operation, the circular cast was removed and the patient was followed up with an air cast until the 6th week. At the 12th month follow-up, the patient had no complaint and functional evaluation was excellent based on AOFAS (Fig. 4).

Discussion
Rupture of the Achilles’ tendon is a common injury, typically, occurring in men, mostly between the third and fourth decade of life after sports trauma. Open repair of the Achilles’ tendon indicates a low risk of re-rupture as compared to non-operative treatment [14]. Nevertheless, operative treatment has the risk of wound complications [15, 16]. There are a variety of risk factors for wound problems such as the use of tobacco, diabetes mellitus, age, gender, timing of surgery, and body mass index [14]. Moreover, suture materials have the potential to cause wound problems apart from these risk factors [4, 5].

The differential diagnosis of a suture granuloma includes lipoma, ganglion cyst, infection diseases such as abscess, tuberculosis as well as autoimmune diseases [17]. Although computed tomography (CT) and MRI are frequently sensitive at the determination of a suture granuloma, either imaging method is often ineffective at distinguishing between a suture granuloma or an abscess. However, aspiration of the mass and subsequent biopsy may be helpful to distinguish. Debridement of the foreign material is the gold standard treatment for the foreign body reaction [6]. All suture materials may elicit varying degrees of tissue hyperactivities. In the event that a suture material is recognized as a foreign body by the immune system, the tissue hyperactivity progresses to a foreign body reaction and assumes a granuloma formation. The severity and duration of the reaction depend on the type, amount, and in situ longevity of the suture material [9]. Above all, the triggering cause of suture granulomas is unclear, and it is estimated that antigens of the suture or changes related to damaged adjacent tissue may cause a suture granuloma [18]. In a review of the literature, there are a good number of clinical studies regarding delayed foreign body reactions associated with suture in other surgeries except for orthopedic surgery. For instance, foreign body reactions with Dacron have been reported in the abdominal surgery [11, 13]. Tsujita et al. presented a case report concerning the suture granuloma a short period following a gastrectomy and lymphadenectomy operation most recently [13]. Furthermore, Rossitch et al. reported a delayed foreign body reaction to silk suture in the neurosurgery [3]. In their studies, two pediatric patients suffered from late inflammatory reaction due to suture granulomas 7 years following the first neurosurgical operation. In a related way, Secil et al. reported a suture granuloma 8 months after orchiectomy [12]. In a paper by Tubbs et al., similar cases in children who underwent neurosurgery were discussed. The reactions in these cases, however, occurred in <5 years [19].

As was pointed out above, there are studies in terms of suture granulomas in the field of the general surgery, urology, ophthalmic surgery, and neurosurgery. However, suture granulomas reported in the orthopedic literature are very rare. For example, in a study by Bekler et al. [5], 4 patients who had chronic discharges associated with silk sutures utilized for open repair of Achilles’ tendon ruptures were reported. All discharges emerged 10 days to 6 months after the operation and were successfully managed by removing the sutures. In an another study by Ollivere et al. [4], a foreign body reaction associated with polyethylene “Fiberwire®” used in Achilles’ tendon repair was reported. This reaction was observed 8 months following open repair of the Achilles’ tendon. They managed by debridement and reconstruction of the Achilles’ tendon with the transfer of the flexor hallucis longus tendon. Histology enlightened a granulomatosis reaction occurring from giant cell response surrounding sections of the suture. In addition, Kara et al. [10] reported an another granuloma formation secondary to Achilles’ tendon repair with Ethibond 4 months following the first operation. Another granuloma formation due to non-absorbable suture was published by Warme et al. In this case report, a late foreign body reaction associated with TICRON (Tyco, Waltham, Massachusetts) 4 years after a shoulder inferior capsular shift operation was noticed [6]. It is rare but possible that a suture granuloma may occur several years following a surgery. The occurrence of delayed suture granulomas has varied about from 4 months to 7 years in the literature [3, 7, 8]. Here, we present a 30-year suture granuloma. To the best of our knowledge, this is the first case report which has the longest latent period among delayed foreign body reactions associated with sutures reported in the literature. Silk-related suture granuloma is very rare in the orthopedic literature. To the best of our knowledge, there is only one case series [5]. Our case is the second one which has been published to date in the literature.

Conclusion
Orthopedic surgeons may confront different complications, after an open repair of the Achilles tendon. One of these complications is the foreign body reaction to suture materials. Non-absorbable sutures have a bigger potential; nevertheless, absorbable sutures, such as silk, may cause suture granulomas as well. When a suture granuloma is encountered, infections, neoplasms, tuberculosis, and autoimmune diseases should be considered in the differential diagnosis. CT and MRI have a higher sensitivity; however, either shows a lower specificity for the recognition of the suture granuloma. Therefore, aspiration of the mass and subsequent biopsy may be efficient in the differential diagnosis. The gold standard treatment is the debridement of the foreign material. Suture granulomas commonly emerge a short period after an operation; however, surgeons should be aware of the suture granuloma having a long latent period even 30 years.

Clinical Message
Suture granuloma is usually seen in early post-operative period; however, it should be kept in mind when evaluating a patient with relative surgical history even years later. 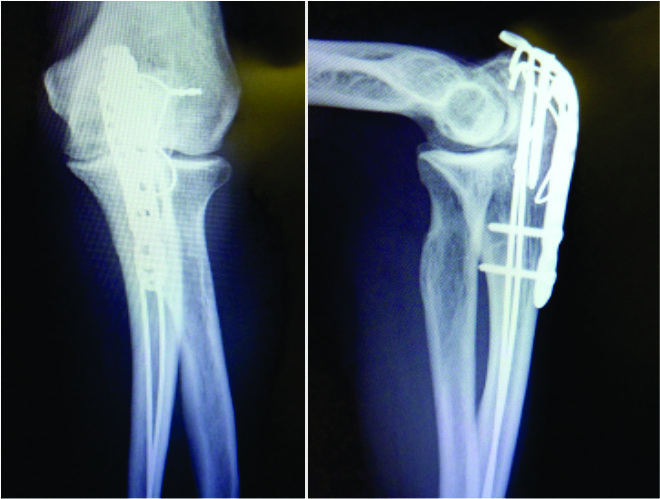 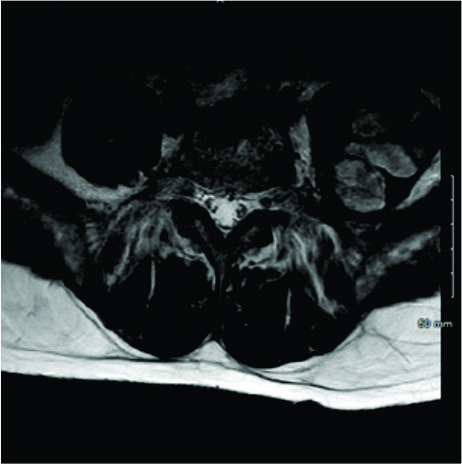 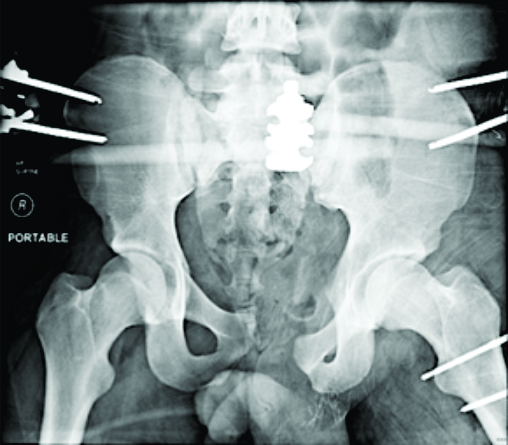 Longest Known Follow-up of a Hip Arthroplasty: The Last Chapter of a 65-Year Long Story... 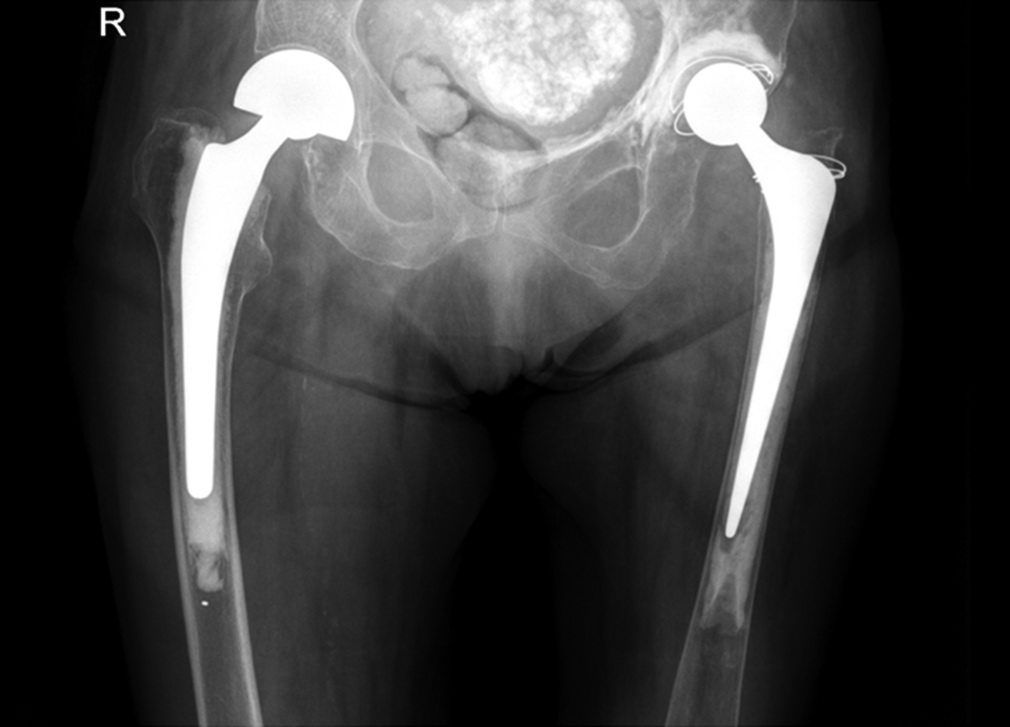