In early post-operative dislocation in total hip arthroplasty with taper wedge stems, periprosthetic fractures should be suspected and appropriately managed.

Case Reports
Case 1
A 45-year-old female presented with arthritis of bilateral hips secondary to developmental dysplasia of the hip (DDH) with chief complaints of pain, difficulty in ambulation and significant restriction of the activities of daily living. On clinical examination, the patient had an antalgic gait with relative shortening of 2 cm of the left lower limb. Flexion deformity of 20° was noted bilaterally with further flexion up to 90° with additional fixed adduction deformity of 15° on the left side and a fixed abduction deformity of 20° on the right hip. Radiographic evaluation revealed Crowe Grade 1 dysplasia on the right and Grade II dysplasia on the left side (Fig. 1a). Bilateral uncemented ”ceramic on poly” THR (Pinnacle, Corail, Depuy Synthes) was done in the same setting in the lateral decubitus position utilizing the posterolateral approach to the hip joint. Size 44 mm Pinnacle cup with two acetabular screws with a polyethylene liner with an uncemented size six Corail femoral stem with a 28 mm ceramic femoral head was used on both sides. On the left side, additional bone grafting of superior acetabular defect was done with bone graft obtained from the osteotomized femoral head. The surgical wounds were closed in layers with no surgical drains in situ. Immediate post-operative radiographs showed optimal alignment. The patient was mobilized with a walker and weight bearing as tolerated. The patient was discharged on the fourth post-operative day. The surgical wounds were examined on the 14th post-operative day, and suture removal was done. The surgical scar was healthy. However, on clinical examination, the hips were lax with exaggerated range of motion. Repeat radiographs revealed bilateral dislocation of the hip with a periprosthetic fracture in the left femur. There was no history of trauma on enquiry. Closed reduction under anesthesia was attempted unsuccessfully on the right side. Bilateral open reduction was planned. Both acetabular components were stable. On the left side, femoral fracture extended up to the 8 cm distal to the lesser trochanter. The component was unstable, and there was a change in the femoral stem version. The prosthesis was extracted, and the femoral stem was revised using a long distal fitting revision stem (20 cms × 12 mm Biorad, Medisys). The proximal periprosthetic fracture was treated by reduction and was stabilized by encerclage wiring. Although pre-operative radiographs showed only a dislocation an undisplaced proximal femur fracture similar to the left side was found intraoperatively. The prosthesis was unstable with a change of version. Stem was revised with a distal fitting long revision stem (12 mm × 20 cms, Biorad Medisys). The fracture was reduced and was stabilized by encerclage wiring. Post-operative radiographs revealed optimal alignment. Bed side physiotherapy was instituted, and Medical therapy for osteopenia was instituted. Post-operative recovery was uneventful with drain removal done on the second post-operative day and suture removal done on the 14th post-operative day. The fractures united uneventfully, and the patient is ambulatory at the latest follow-up at 6 months (Fig. 1).

Case 2
A 52-year-old female patient was referred to our hospital with inability to walk and no relief in pain following an uncemented total hip replacement 10 days back. The indication for THR was 3 months post trauma failed internal fixation of intracapsular neck femur with cancellous screws in situ. The clinical examination findings were consistent with posterior dislocation of the hip with no distal neurovascular deficit. Radiographs revealed a dislocated hip with prosthesis in situ with no obvious fracture. An attempt for closed reduction under anesthesia failed, and the hip joint was explored. The exploration also revealed a proximal femur fracture with an unstable femoral stem. The acetabular component was also found to be unstable. The prosthetic components were extracted (Triology cup, 2 acetabular screws, ML taper 7.5 stem and 28 mm (+10.5) head, Zimmer). There was Paprosky 3a bone loss on the socket side which was managed with a Kerboull cage and a 45 mm cemented dual mobility socket (Evolutis). On the femoral side, the fracture anatomy was delineated. The proximal femur fracture was stabilized using stainless steel wiring. After preparation of the femur, a cemented femoral stem was inserted [Size 11 stem], with a 22 mm × 40 mm dual mobility head (Evolutis). Progressive weight bearing mobilization was started, and the outcome was uneventful (Fig. 2).

Discussion
Use of uncemented stems increases the risk of periprosthetic fractures both in primary and revision total hip arthroplasty (THA) [3]. A periprosthetic fracture pattern characteristic to uncemented taper wedge femoral stems with no association with trauma has been described [1]. In the first case, the cause of periprosthetic fracture is multifactorial. Female patient, osteopenia and uncemented femoral stem are some of the predisposing risk factors well described in literature [2]. The fracture geometry described in the first case defies the Vancouver classification. The fracture is a split fracture involving the calcar region and extending distally 8-10 cm below the lesser trochanter involving the medial femoral cortex. Solgaard et al. hypothesized that this could fit into Vancouver Type B or late Type A2 fracture [1]. Literature suggests that the origin of the fracture is usually iatrogenic and might be displaced by the aggressive mobilization protocols [1,4]. However, there is a lack of evidence to implicate fast track surgery as a cause in periprosthetic fractures [5]. The cause of bilateral nontraumatic dislocation in our case could be a consequence of the atypical periprosthetic fracture characteristic of uncemented taper wedge stems. The right hip did not show any fracture on initial screening radiographs, however, a fracture similar in geometry to the left side was noted intraoperatively. It might have been missed on the initial radiograph as it was undisplaced. The fractures render the femoral stem unstable. Subsidence of the prosthesis especially with respect to the metaphyseal fitting tapered wedge stem designs leading to altered optimal muscle tension, change in the version of the prosthesis, alteration in the offset, and these could have contributed to the dislocation. However, THR in DDH though gratifying is a challenging surgery and is associated with increased risks of dislocation and periprosthetic fractures owing to the disuse osteopenia and poor quality of the bone [6]. DDH is usually associated with proximal femoral hypoplasia with narrow canal. Proximal femoral hypoplasia is an independent risk factor for periprosthetic fractures [2]. In the present case size, 6 Corail stem was used on both sides which are the smallest available one. The cause of fracture in the second case might be an undisplaced iatrogenic fracture at the time of initial surgery which was overlooked or might be displaced due to overzealous mobilization. The failed attempt of closed reduction could be contributory. The tracts of the previous cancellous screws might have acted as a stress riser at the time of initial surgery or at the time of mobilization. The osteopenia associated with elderly ladies and femoral neck fractures would have a role to play in this fracture. The dislocation, in this case, was also due to the unstable femoral stem and loss of version and offset [7]. Both cases presented as a dislocation and incidentally, periprosthetic fracture femur was found. Conventional treatment of acute post-operative dislocation is closed reduction and bracing which is usually successful in nearly 70% of the patients [8]. Periprosthetic fracture leading to femoral component loosening as a cause for dislocation must be suspected when tapered wedge uncemented stems are used especially in the setting of small femoral canal, osteoporosis and female patients because this can alter the treatment plan. To the best of our knowledge bilateral atypical variant, periprosthetic fracture with bilateral dislocation of the hips is not described so far in literature. Danish registry highlights the increase in the incidence of the periprosthetic fractures with the increase in the number of uncemented THAs [9]. It should be noted that in older patients cemented hip replacement is associated with lesser revision rates and should be considered especially in the wake of increased periprosthetic fractures in uncemented THAs [10]. Periprosthetic fractures lead to a suboptimal outcome and increase the risks of complications and are hence better avoided [11].

Conclusion
The atypical proximal femoral periprosthetic fracture has been described in THR and is associated with uncemented taper wedge stems. In the setting of early dislocation of hips in a THR patient, periprosthetic fractures should be ruled out, and stability of the prosthetic components should be evaluated. Closed reduction in post THR dislocations with uncemented taper wedge stems might be contributory for displacement of an undisplaced iatrogenic fracture of index surgery. Early detection and treatment of the fractures is the key to a satisfactory outcome.

Clinical Message
Unrecognized incomplete intraoperative fracture can occur with tapered wedge uncemented stems which can present as a dislocation in the immediate post-operative period. Early detection and treatment of the fractures with the revision of the components is the key to a satisfactory outcome. 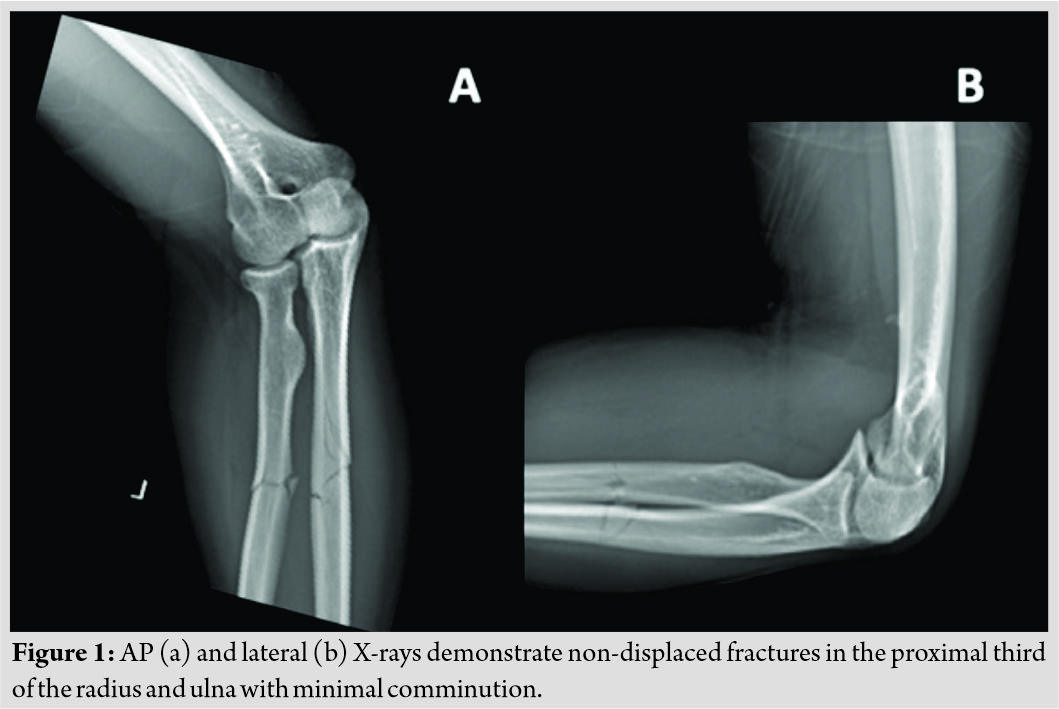 Can a Hip Diagnosed as Graf Type 1According to Graf Checklist Deteriorate Over Time? A Case Series a... 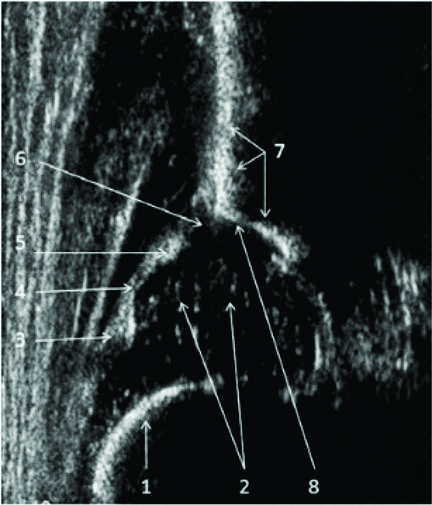 Bipolar Hemiarthroplasty of Hip in an Unstable Angina Patient: A Case Report... 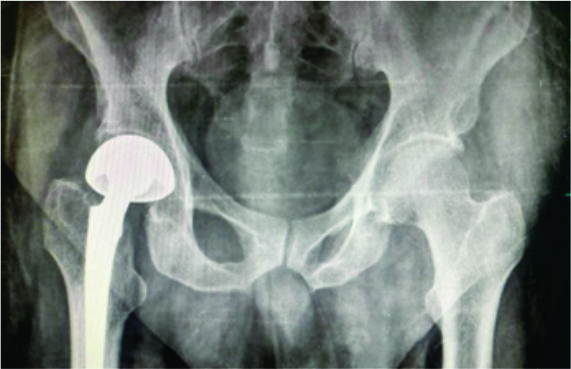