Salter-Harris Type 2 Injury of the Proximal Tibial Epiphysis in a 15-year-old Athlete: A Rare Case Report

Background: Proximal tibial epiphyseal injuries in adolescents are uncommon accounting to 0.5 to 3 % of all epiphyseal injuries. Although rare, the proximity of popliteal artery puts this region at an increased risk of vascular injury and compartment syndrome. Also, premature closure of the growth plate can cause restrictions in growth and angular malformations. The fractures may often be missed on routine X-rays. Frequent monitoring and further testing should be done to better diagnose these injuries.

Case History:We present a case of an adolescent football player (15 years old) who injured his left knee and was diagnosed to have Salter- Harris II proximal tibial epiphyseal injury. Routine radiographs revealed minimal widening in his epiphysis anteriorly when compared to his contralateral knee. Magnetic resonance imaging (MRI) findings revealed a fracture passing through the growth plate of proximal tibia exiting posteriorly into the tibial metaphysis. Management included closed manipulation and plaster cast immobilization with regular follow-ups. At the end of 1.5 years, the patient had full range of motion without any residual deformities.

Conclusions: High clinical suspicion is required to diagnose these rare injuries. When in doubt, MRI is advocated to better delineate the fracture as the potential complications can be limb threatening. Anatomical reduction and adequate immobilization should be done to prevent deformities and good functional outcome in the long term.

Epiphyseal injuries involving proximal tibia of adolescents are uncommon, accounting to 0.5 to 3% of all injuries affecting epiphysis with the majority of cases being males [1, 2]. The rarity of this injury is due to its intrinsic anatomic stability. Although rare, the proximity of popliteal artery puts this region at an increased risk of vascular injury and compartment syndrome. Also, premature closure of the growth plate can cause restrictions in growth and angular malformations [3].
We present a case of an epiphyseal injury of proximal tibia, Salter-Harris II (SH-II) managed with closed manipulation and cast immobilization.

An adolescent athlete was about 15-years-old presented to the emergency with a history of trauma to the left knee while practicing soccer. Patient left foot was plantar- flexed on the ground when he was hitting the ball with the other leg. Missing the ball, he twisted onto his left knee and experienced sudden pain followed by swelling. On presentation, there were swelling and ecchymosis around the knee and the proximal leg. Proximal tibia was tender to palpate. There was gross restriction of range of motion (ROM) of knee. The tests for the cruciate ligaments and varus-valgus stability could not be performed due to severe pain and swelling. Radiographs suggested widening of the proximal epiphysis of the tibia anteriorly when compared to his contralateral knee (Fig. 1). Magnetic resonance imaging (MRI) findings confirmed a fracture passing through the growth plate of proximal tibia exiting posteriorly into the tibial metaphysis (Fig. 2).

There was associated knee effusion with intact collateral and cruciate ligaments. The injury was treated with closed manipulation and a plaster of Paris cast in complete extension. The patient was kept in the hospital under orthopaedic care for monitoring his swelling, signs of compartment syndrome, and neurovascular status and discharged after 4 days.
The cast was cut at 6 weeks. Partial weight-bearing was initiated with knee range of movements using (ROM ) brace. Serial check radiographs (Fig. 3) showed complete union and the patient regained near full movements by 4 months. Final follow- up at the end of 1.5 years showed complete remodeling and closure of physis. There was no residual deformity or limb length discrepancy and the patient had excellent final functional outcome (Fig. 4).

The specific anatomy of proximal tibia provides inherent stability to its epiphysis protecting it from direct injuries. The attachment of collateral ligaments more distally on the metaphysis prevents transmission of the varus-valgus forces onto the epiphysis [4, 5].
In our case, the patient had sustained an indirect injury where the epiphysis was displaced by an avulsion force on the patella tendon which was being transmitted posteriorly through the physeal plate. The fracture line extended further posteriorly before exiting through the metaphysis. The injury pattern is attributed to the fact that the posterior metaphysis unites earlier in the adolescent age group, thus, making the anterior part more vulnerable [6, 7, 8].
Watson and Jones were the first to classify these fractures in 1955. It was modified by Ogden et al. [9]. According to the classification, type I was distal tip tibial tubercle avulsion fracture, type II was an incomplete fracture with the epiphysis being lifted cephalad, and type III was a fracture of base of the tubercle with propagation into the knee joint. Each group was sub classified into A or B on the basis of severity of dislocation and comminution. In subsequent years, Ryu and Debenham et al added a fourth group involving the disruption of epiphysis from anterior to posterior [8]. As per the Ryu et al and Debenham modification, the fracture pattern in our case can be classified as type 4B. Another broad classification system proposed by Mubarak at et. describes these injuries depending on mode of injury [10].
Various treatment options have been described across the literature with good to excellent outcomes. Closed reduction with cast immobilization, open reduction, and fixation with K-wire , screws/plates have been reported across various studies with usual immobilization of 6 to 8 weeks followed by active rehabilitation and gradual weight-bearing [4, 11, 12, 13].
Complications following a fracture to the proximal epiphysis of tibia are seldom seen although they can be potentially limb threatening [1, 2, 13, 14]. Burkhart and Peterson reported one case with vascular injury leading to compartment syndrome and subsequently a below- knee amputation [1]. Another case report by Clement and Goswami dealt with their experience at handling one such case which had vascular compromise along with compartment syndrome. The patient was successfully managed with percutaneous wire fixation and fasciotomies [2]. Other complications such as cruciate ligament injury, quadriceps tendon rupture, meniscal injury, and premature closure of epiphysis have also been reported across literature [9, 11, 12]. Gautier et al, in their six-patient series, described minor limb length inequalities and angular deformities. They attributed it to either growth acceleration or retardation at the tibial physis [15]. The most commonly encountered deformity was found to be recurvatum [15, 16].
There is a paucity of literature available on SH-II injuries of the proximal epiphysis of tibia in adolescents where less than 100 cases have been reported worldwide. A review of recent literature shows a good to excellent outcome with most of the Salter- Harris type 2 fractures where the injuries were diagnosed early and timely intervention was done (Table 1) [17, 18, 19, 20]. To the best of our knowledge and research, this is probably the first case report of a SH-II fracture of the proximal epiphysis of tibia from the Indian literature.

Fortunately, in our case, the fracture was minimally displaced and the patient’s recovery was uneventful without any residual deformity or limb length discrepancy. This injury usually has a good prognosis and heals well without any severe complications if diagnosed properly and treated well in time. The importance of clinical examination, high index of suspicion, and a careful evaluation of radiographs are the key for the management of these fractures which might often be occult. When in doubt, do not hesitate to get an MRI scan for better evaluation of these injuries.

Injuries to the epiphysis of proximal tibia are rare and can be missed on routine X-rays. The clinician should be aware of these rare injuries for its optimal management. Contralateral limb comparative radiographs and MRI are advocated for proper evaluation of such injuries. 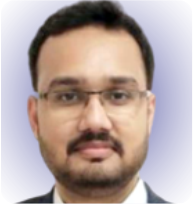 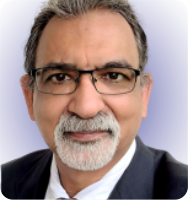